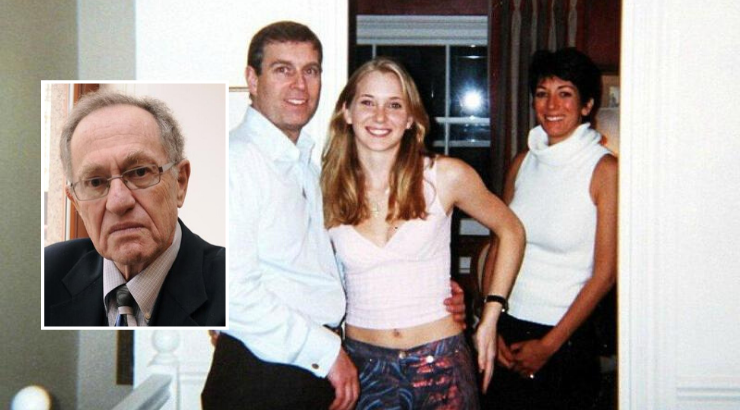 A woman who claims she was forced to have sex with Jeffrey Epstein and several associates has appealed to Britons for support, after Prince Andrew vehemently denied having inappropriate contact with her.

Virginia Giuffre says Epstein trafficked her to the British prince, bringing her to London in 2001 when she was 17-years-old. In an interview broadcast Monday, she says she was forced to have sex with him three times.

“He knows what happened. I know what happened, and there’s only one of us telling the truth, and I know that’s me,” Giuffre told BBC Panorama.

In her interview, which was recorded before the prince spoke to the BBC, Giuffre said she was taken to the Tramp nightclub in London by Epstein and his former associate Ghislaine Maxwell. Andrew asked her to dance, she said.

“He is the most hideous dancer I’ve ever seen in my life. I mean it was horrible and this guy was sweating all over me, like his sweat was like it was raining basically everywhere,” she said.

Andrew, the eighth-in-line to the throne, said he could not have had sex with Giuffre at Maxwell’s home on the night she alleges because he had been to a pizza restaurant in the commuter town of Woking for a children’s party. –Reuters

The 59-year-old Andrew insists he has no recollection of meeting Giuffre.

In response to Giuffre’s interview, Buckingham Palace said in a statement: “It is emphatically denied that The Duke of York had any form of sexual contact or relationship with Virginia Roberts. Any claim to the contrary is false and without foundation.”

Andrew, meanwhile, was kicked out of Buckingham Palace and had his 60th birthday canceled by the Queen. Seems extreme for a royal they claim is innocent, no?

Andrew, meanwhile, gave a disastrous interview to the BBC last month in which he said he regretted his “ill-judged” relationship with Epstein.

On the other side of the pond, Giuffre may add a sex-abuse claim to a defamation lawsuit against famous Harvard attorney and former Epstein pal Alan Dershowitz, who she says she was forced to have sex with.

Giuffre sued Dershowitz in April after he repeatedly denied her claims and called her a liar, according to Bloomberg. Dershowitz counter-sued for defamation and emotional distress.

Charles Cooper, Giuffre’s lawyer, said in a hearing before U.S. District Judge Loretta Preska that his client may take advantage of New York’s new Child Victims Act, which in August opened a one-year window for people to sue over sex abuse they suffered as children even if the claims would otherwise be too old. New York previously required most childhood sex abuse victims to sue by the time they they turned 23.

Dershowitz’s lawyer, Howard Cooper, said the act would not apply to Giuffre, whose claims date from the early 2000s, because she wasn’t a minor at the time. –Bloomberg

Giuffre’s lawyers also brought up a Sunday story in the New York Times regarding a mysterious hacker claiming to have a vast trove of Epstein’s covertly recorded video footage and financial records, which he says he has stored on encrypted overseas servers.

The man, who called himself “Patrick Kessler,” said he has videos of powerful men in “compromising sexual positions, including rape.”