Nobody Sets Out to Become a War Propagandist. It Just Sort of Happens. 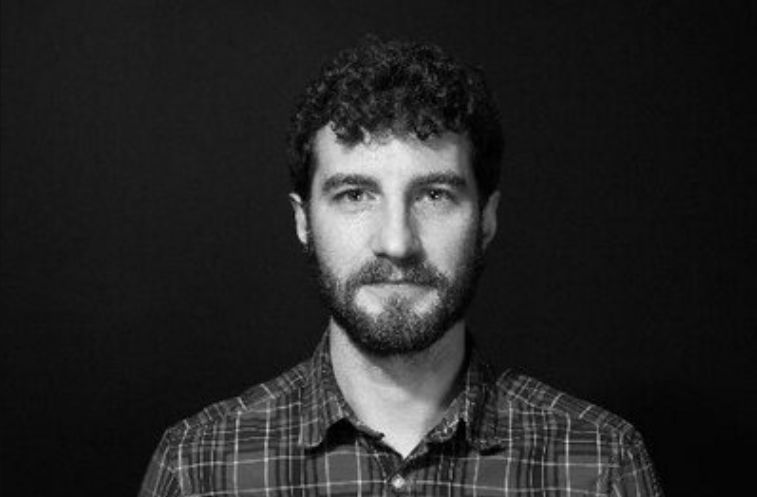 Senior Huffington Post UK editor Chris York has published what is by my count his twelfth smear piece against a small group of academics and independent journalists who’ve expressed skepticism of establishment Syria narratives.

York’s obsessive deluge of hit pieces revolve around British academics Tim Hayward and Piers Robinson, as well as independent journalist Vanessa Beeley. Every word in this sentence hyperlinks to a different article smearing them.

York’s twelfth such hit piece is much like the preceding eleven: it omits fundamentally crucial facts, it hides the shady nature of its sourcing, it makes outright false claims, and will only be believed by individuals who either don’t research this subject very deeply or whose paychecks depend on their not thinking about it too hard. But, more importantly, it’s his twelfth such hit piece.

The 'useful idiots': How these British academics helped Russia deny war crimes at the UN https://t.co/UGvquum1nm

Now Beeley, Hayward and Robinson all do great work asking the important questions that no one else is asking about the many, many glaring plot holes in the narratives we’re being fed about what’s happening in Syria by the western political/media class. I am a fan. But only a relatively tiny number of people have ever heard of them. I don’t want to minimize the importance of what they do, but they are generally unheard of outside of small esoteric internet circles which focus on deep dives into questionable government narratives about Syria.

We can take it as a given, then, that Huffington Post UK‘s goal with these relentless smear pieces is not to generate clicks or organic virality. No normal person is scrolling through their social media feed and going “Oh I do hope there’s some fresh gossip about Piers Robinson today!”

Nor is the goal to educate the public with important pertinent information. Even if York’s hit pieces contained lots of accurate information (and they don’t), you wouldn’t need twelve articles to say “Hey the ideas these people are sharing are harmful in the following ways.” You could say it once and move on to reporting on the many, many, many important stories that are unfolding around the world as we speak. The goal is not to inform.

So what is the goal?

The goal is narrative management.

Chris York pestered me for months by DMs, and I even agreed to meet him, as he 'wanted to understand' why people have critical questions about the White Helmets; then he just smears us all, repeatedly.
This thread documents a dozen of his smear pieces:https://t.co/yldwNlcvbZ

If you look through York’s smear jobs, you’ll notice many of them aren’t even actually addressed to the public. The ones about Robinson and Hayward are really addressed to the academic institutions which employ them, designed to pressure them into ceasing to do so (and proclaiming victory when that campaign is perceived to have succeeded). This smear piece here was clearly designed to help generate pressure for the Leeds Museum to cancel an event where all three of York’s targets were scheduled to speak, and this one celebrates the Leeds City Council cancelling the event.

If you look at who’s sharing York’s latest smear piece on Twitter, you’ll notice that a weirdly large percentage of them are blue-checkmarked accounts which pour a lot of time and energy into managing the dominant narrative about Syria. I don’t know what chat groups or private message boards this article appeared in, but it generated a lot of social media firepower very quickly.

The purpose of these smear pieces is not to generate clicks, and it is not to inform the public. It’s to manipulate public thought. It’s to deplatform voices which are skeptical of what we’re being told to believe about a nation long targeted by the western empire for regime change, it’s to provide a resource that other narrative managers can circulate and cite in their own spin jobs, and it’s to inoculate the mainstream herd from any potential outbreak of wrongthink.

Nobody sets out to become a propagandist. No eight year-old kid is sitting around dreaming of one day selling her integrity to help the western empire manufacture consent for the deployment of more highly profitable military equipment to yet another resource-rich geostrategic region.

It just kind of happens. You go to journalism school, you get a job, if you’re clever you learn that there’s some coverage which gets rewarded and some which gets you marginalized, and before you know it you’re sitting at your desk typing up your twelfth smear piece about some small time teachers and bloggers and wondering what the hell happened to your life.

Rising‘s Krystal Ball and Saagar Enjati did a great segment a few months ago where they laid out all the various kinds of pressure to defend the establishment line that you’ll experience when you get a job with a mainstream media outlet, speaking from their own experience in such outlets.

“There are certain pressures to stay in good with the establishment to maintain the access that is the life blood of political journalism,” Ball said in the segment. “So what do I mean? Let me give an example from my own career since everything I’m saying here really frankly applies to me too. Back in early 2015 at MSNBC I did a monologue that some of you may have seen pretty much begging Hillary Clinton not to run. I said her elite ties were out of step with the party and the country, that if she ran she would likely be the nominee and would then go on to lose. No one censored me, I was allowed to say it, but afterwards the Clinton people called and complained to the MSNBC top brass and threatened not to provide any access during the upcoming campaign. I was told that I could still say what I wanted, but I would have to get any Clinton-related commentary cleared with the president of the network. Now being a human interested in maintaining my job, I’m certain I did less critical Clinton commentary after that than I maybe otherwise would have.”

“This is something that a lot of people don’t understand,” Enjati said. “It’s not necessarily that somebody tells you how to do your coverage, it’s that if you were to do your coverage that way, you would not be hired at that institution. So it’s like if you do not already fit within this framework, then the system is designed to not give you a voice. And if you necessarily did do that, all of the incentive structures around your pay, around your promotion, around your colleagues that are slapping you on the back, that would all disappear. So it’s a system of reinforcement, which makes it so that you wouldn’t go down that path in the first place.”

We are leading on this fascinating and important story from ?@ChrisDYork? today about how a group of British academics have been used by Russia to help them deny war crimes by the Assad regime at the UN. It’s quite a tale – please give it a read. https://t.co/HzJf9oUdOq

York’s boss, HuffPo UK‘s executive editor Jess Brammar, shared York’s latest smear piece on Twitter with a gushing thread about what a “fascinating and important story” it is and whining that his is “subject to abuse online” whenever he publishes one of his many hit jobs against people who remember Iraq.

That’s one hell of a pat on the back if I ever saw one, and it’s coming from an executive editor who happens to currently serve on the UK government’s Defence and Security Media Advisory (DSMA) Committee. The DSMA Committee is a British advisory body which functions as an overlap between British journalism and the British government in its responsibility for issuing DSMA Notices (formerly known as “D-notices”), which advise British news outlets not to report on certain matters deemed sensitive to national security. This system has previously been used to ask that editors consult with the UK government before reporting on revelations in a 2010 WikiLeaks publication.

I am sure that Chris York didn’t set out to become a war propagandist. He just found himself funneled through the same system of positive and negative reinforcement as so many other young, bright-eyed journalists have before him, and now here he is with a job his family is proud of because journalism is a noble profession, surrounded by people telling him he’s doing the right thing. He’s got every incentive to stay and keep doing what he’s doing, and that little nagging he feels in his heart in those quiet moments alone is nothing a little alcohol or other form of escapism can’t numb.

But a propagandist he has indeed become, like everyone else who is successfully making their way up the mainstream media ladder. Keep smearing the dissident voices, keep proving yourself a loyal empire lackey, and the rewards will keep on coming. I’m sure that little nagging voice inside that you can’t kill no matter how hard you try is totally worth it.