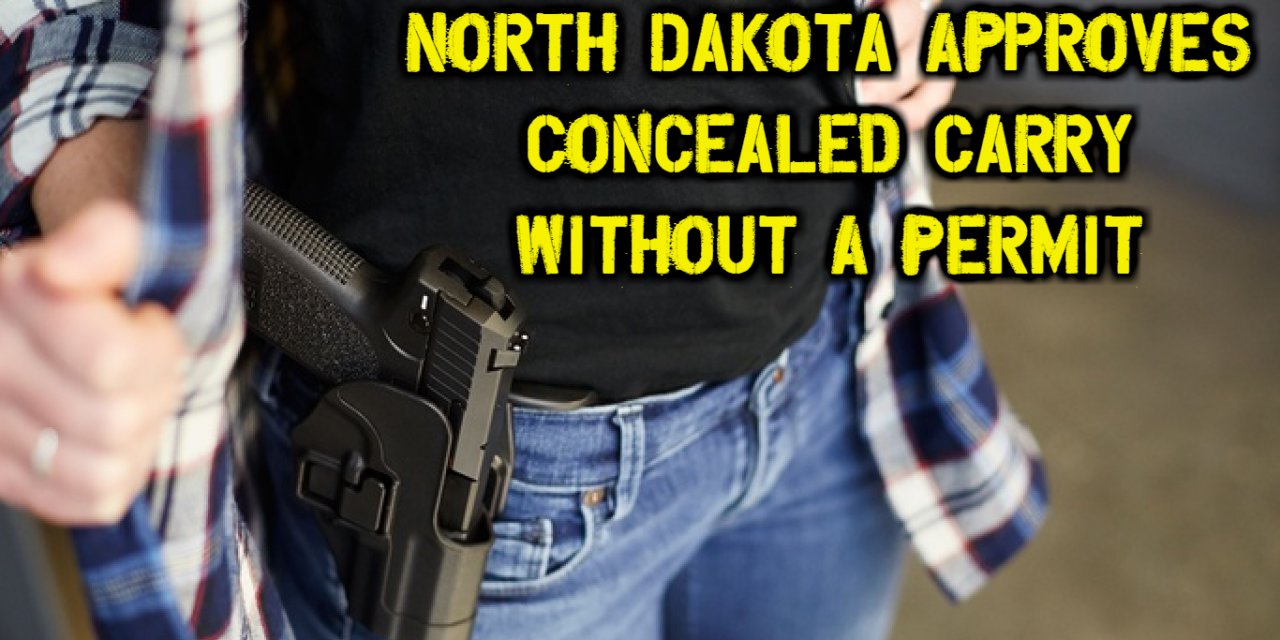 In the below video, I sat down with John Sneisen to speak about the recent news out of North Dakota which has been both popular and controversial.

North Dakota has historically supported gun rights, but this brings the people of North Dakota that much closer to the Second Amendment rights so many have been adamantly calling on the state to support.

Many will say, “Guns make a society less safe!”, but as a matter of fact, it’s quite the opposite.
According to the FBI,

“Between 2008 and 2009, the FBI’s preliminary numbers indicate that murders fell nationally by 10 percent and by about 8 percent in cities that have between 500,000 and 999,999 people. Washington’s population is about 590,000. During that same period of time, murders in the District fell by an astounding 25 percent, dropping from 186 to 140. The city only started allowing its citizens to own handguns for defense again in late 2008. Examining all the multiple-victim public shootings in the United States from 1977 to 1999 shows that on average, states that adopt right-to-carry laws experience a 60% drop in the rates at which the attacks occur, and a 78% drop in the rates at which people are killed or injured from such attacks. The NSC estimates that in 1995, firearm accidents accounted for 1.5% of fatal accidents. Larger percentages of fatal accidents were accounted for by motor vehicle accidents (47%), falls (13.5%), poisonings (11.4%), drowning (4.8%), fires (4.4%), and choking on an ingested object (3.0%). “Violent crime rates are highest overall in states with laws severely limiting or prohibiting the carrying of concealed firearms for self-defense”.

Much of the fear regarding guns is based on just that, fear. There is no logic to it.

People want the government to protect them from that which they fear, but that’s how you end up with a nanny state as well as a police state, slowly deconstructing any remaining civil liberties and eventually putting you into absolute servitude to the state.

People can hide from that which can be involved in a dangerous act, but take that far enough and then we’d have to stop using cars, stairs, knives, water, food, etc. All of the above cause more accidents than inanimate guns.

Defense is one of the most crucial parts of civil liberties. Survival. To defend against incoming threats from thieves, murderers, foreign assaults and domestic tyranny. If Germans were able to carry guns under Hitler, it’s unlikely Hitler would have been able to throw so many in camps.

Just as if the people of Chicago could carry guns, it’s unlikely there would have been 762 murders in 2016.
If we’re going to talk about rights, let’s be consistent and stand for all rights, especially the right of survival.