Not Just Syria: 5 Huge News Stories To Keep An Eye On Amid The Madness 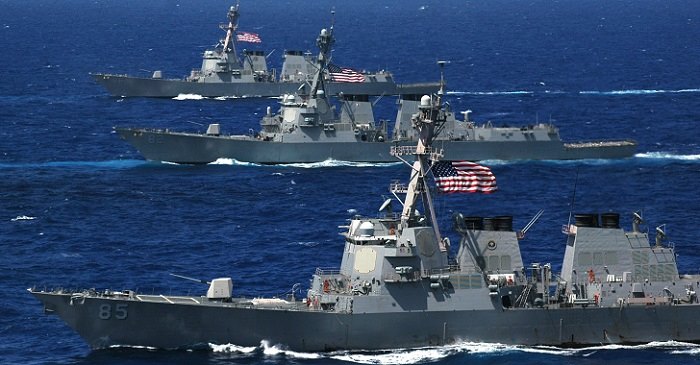 These events undoubtedly deserve widespread, ongoing scrutiny. From the United States government’s lack of evidence that the Syrian government was behind the chemical attack to the media’s complicity in driving a pro-war narrative and president Trump’s hypocrisy in bombing Syria — after criticizing former president Barack Obama for doing the same thing — further critical analysis of the recent airstrikes is vital.

But even as skepticism toward these events should remain heightened, so should awareness of countless other major developments.

2. U.S. Military announces it will deploy 1,500 more troops to Afghanistan this year — The U.S. Army announced last Friday it would send 1,500 Alaska-based troops to Afghanistan as part of Operation Freedom’s Sentinel, an extension of Operation Enduring Freedom,  the 13-year war in Afghanistan. The 4th Brigade Combat Team (Airborne), 25th Infantry Division was set to be downsized in 2015, but the Army’s most recent decision nullifies that plan. The Army said the coming deployment is part of a regular rotation but also said it is a response to “emerging mission requirements.”

The Army also activated 1,500 troops last December for Freedom’s Sentinel, suggesting the latest deployment amounts to the continuation of a seemingly endless war in the violence-ravaged country — regardless of who is president

3. Wikileaks reveals CIA tactics to implant malware in Windows-based computers — On Friday, Wikileaks continued the release of its Vault7 Series, documents it claims to have hacked from the CIA that detail the extent of the agency’s overreach. Ars Technica reported:

“Friday’s installment includes 27 documents related to ‘Grasshopper,’ the codename for a set of software tools used to build customized malware for Windows-based computers. The Grasshopper framework provides building blocks that can be combined in unique ways to suit the requirements of a given surveillance or intelligence operation.”

The leaks also included the CIA’s tactics for bypassing anti-virus protection and its use of bank-fraud malware called Carberp. “Once the Carberp source code was leaked in 2013, security experts warned it was akin to ‘handing a bazooka to a child,’” Ars Technica noted.

The leaks follow previous revelations that documented the extent of the CIA’s surveillance abilities, including its capacity to hack into iOs and Android operating systems. Those leaks also revealed the U.S. government was actively working to undermine the security of U.S. tech companies.

The same agency taking it upon itself to hack into private networks has also spent $1 billion annually arming radical rebels in Syria, some of whom have been implicated in the 2013 chemical attack former President Barack Obama used to justify his attempt to bomb the war-torn nation.

4. Tensions between the United States and North Korea continue to escalate — As Trump bombs Syria, the situation on the east Asian peninsula looks like it could devolve into violence, as well. The U.S. is accusing North Korea of aggression over its development of missiles and nuclear weapons — two technologies the U.S. also has at its disposal. However, unlike the United States, North Korea has never used missiles or nuclear weapons against another country. NBC News has reported that the U.S. may move its own nuclear weapons into South Korea as a deterrent to the North. All the hype about North Korean “aggression” should be taken with a grain of salt considering the country hasn’t officially attacked another country outside of Korea ever.

5. Tensions escalate in the South China Sea after Trump meets with Chinese president — Trump was physically meeting with Chinese President Xi Jinping while the Tomahawk missiles began dropping on Syria. We cannot discount the possibility that Trump may have been trying to send China a message of military strength and unpredictability.

The U.S. and China have been on a collision course as China has sought to assert itself defensively in the South China Sea. China has constructed and militarized artificial islands, while the U.S. has positioned its navy for a confrontation in the region. U.S. allies like Japan and the Philippines are locked in a perpetual chess match with China as the powers seek to stake their territorial claims to resources in the China Sea.

China is also North Korea’s closest ally and is viewed as the only entity capable of externally controlling the North. At the time of this article’s publication, China is in the process of moving 150,000 troops to its border with North Korea in preparation for a possible U.S. intervention and the subsequent fallout from it.

While the United States starts possibly another war against a sovereign country under Trump’s leadership, it’s important to pay attention to other, equally concerning events unfolding in the U.S. and around the world. While the media and politicians heap praise on Trump for bombing a new country and anti-war marchers take to the streets, we must inform ourselves now and take action before further U.S.-sanctioned carnage engulfs the world and before domestic corruption usurps our rights and freedoms at home.