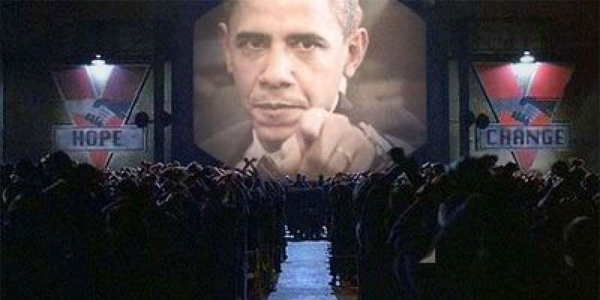 The Justice Department is resurrecting a program designed to thwart domestic threats to the United States, and Attorney General Eric Holder says those threats include individuals the government deems anti-government or racially prejudiced.

The Domestic Terrorism Executive Committee was created in the wake of the 1995 Oklahoma City bombing but was scrapped soon after the 2001 terrorist attacks as intelligence and law enforcement officials shifted their focus to threats from outside the country. The committee will be comprised of figures from the FBI, the National Security Division of the Justice Department and the Attorney General’s Advisory Committee.

In his statement announcing the return of the committee, Holder said he remains concerned about the specter of attacks prompted by Islamic extremists, but he said this committee will be tasked with identifying other threats.

“We must also concern ourselves with the continued danger we face from individuals within our own borders who may be motivated by a variety of other causes from anti-government animus to racial prejudice,” Holder said.

According to reporting from Reuters, the American Civil Liberties Union is pushing back against the DOJ plan, fearing “it could be a sweeping mandate to monitor and collect controversial speech.”

Conservative groups are alarmed on multiple levels. First, they see themselves once again the target of an administration that disagrees with them philosophically.