NSA Recruiter Grabs Student’s Phone to Stop him from Recording 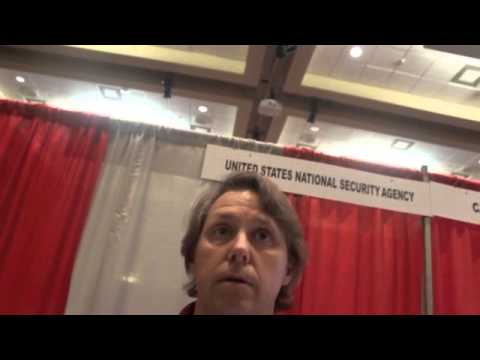 So a National Security Agency recruiter named “Neal Z.” was manning a booth a University of New Mexico job fair when he was confronted by two students with cameras who began interrogating him about the agency’s spying tactics.

It began with one student accusing the NSA of collecting metadata of all phone calls within the United States, which Neal Z. first denied.

But when the student assured him that the NSA does do this, Neal Z. relented and admitted that it was done under the “legal authority” of the secret FISA court (United States Foreign Intelligence Surveillance Court).

The student then pointed out that a congressional panel determined that the collecting of metadata from U.S. phone calls was illegal and unconstitutional as Neal Z. tried to remain smug while displaying a wide-eyed paranoia that this kid knew too much.

“So why is it legal to collect information on every American citizen?” the student asked.

Neal Z. tried to brush him with off by saying, “you don’t understand what that collection is all about and if you don’t leave soon, I’m going to call the university security to get you out of my face.”

Seconds later, Neal Z. stepped from behind the booth and grabbed the student’s phone, telling him, “I’m not touching your phone.”

The students were then ordered out by university security.