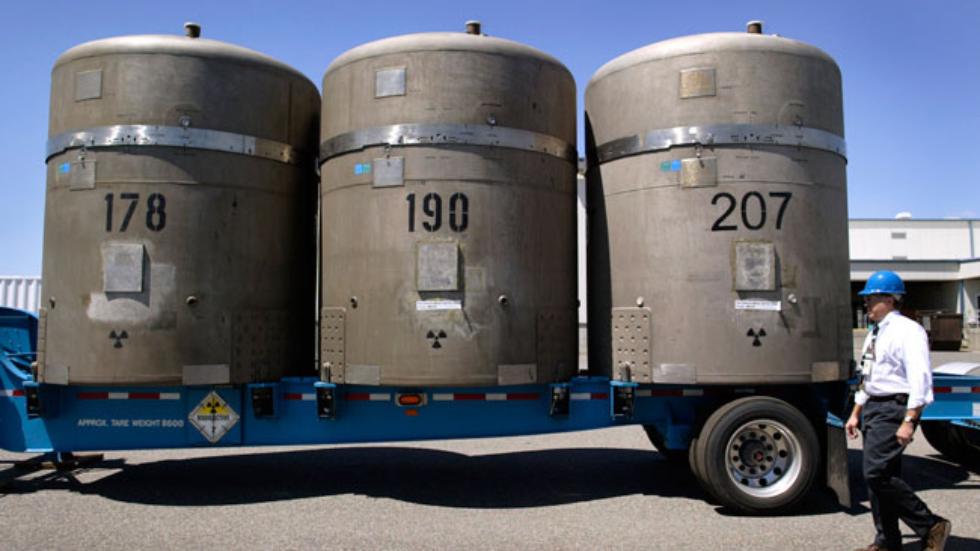 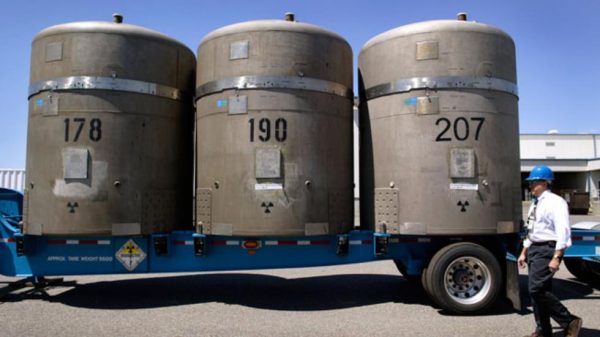 A nuclear waste leak at the Hanford Site in Washington state that rapidly intensified last month has left 33 workers ill from possible exposure to chemical vapors, while others scramble to pump the remaining waste out of the storage facility.

Back in 2011, a leak was found on the inner hull of one of the site’s 28 double-wall storage tanks. The previous leak posed an insignificant threat, but workers came across an even larger leak in recent weeks while attempting to clear the inner hull of its remaining waste.

The number of those who have been reported ill as a result of the leak climbed into the 30s after six workers sought medical evaluation Monday, suspecting exposure to radioactive fumes left them unwell, according to the Tri-City Herald. A majority of the affected have been cleared to return to work, but voice a fear of suffering from long-term or neurological sickness.

Crews at the United States Department of Energy’s storage site in Hanford were alerted by leak detection alarms the morning of April 17, and after lowering a camera into the affected area, the staff found 8.4 inches of radioactive and chemically toxic waste had poured between the inner and outer walls of the tank, KING 5 reported.

(More: Wildfire Invades Fort McMurray, Canada, Forcing All 88,000 Residents Out)
Enlarge
Jim Geary, facility manager at the Waste Receiving and Processing facility (WARP), looks over a shipment of three TRUPACT transport containers on the Hanford Nuclear Reservation.((Jeff T. Green/Getty Images))
“This is catastrophic,” former site employee Mike Geffre said soon after the leak was found. “This is probably the biggest event to ever happen in tank farm history. The double-shell tanks were supposed to be the saviors of all saviors.”

However, a State Representative in Seattle argued that the of the 56 million gallons of radioactive chemicals stored at the Hanford site, two-thirds of the total substance is radioactive waste being held in unfit tanks made sometime between 1940 and 1970.

The tanks “were not supposed to last more than 10 to 20 years, 20 years was a dream in the first place,” Gerry Pollet told RT.com. “Some of them didn’t last twenty years and we had a small explosion in the 1950s where hot waste boiled, created a steam explosion under the tank, and we were lucky we didn’t have half of Eastern Washington permanently evacuated.”

The large puncture causing the devastating leak is thought to have occurred while the three-week long pumping was taking place. An estimated 20,000 gallons of waste remain in the 800,000-gallon AY-102 tank, Q13 FOX reports.

To make matters worse, a second double-shelled tank has been reported with a leak. AY-101, a tank very similar to AY-102, has had “higher-than-expected radioactivity readings” from the tank’s continuous air monitor, according to a recent KING 5 report. The new leak is an unsettling find, considering the 45-year-old AY-101 was built with thicker steel and with advanced construction methods.

“Simply put, Hanford is nearly out of double-shell tank space,” said Hanford Challenge executive director Tom Carpenter. “[There] is no other realistic option but to begin building new tanks immediately.”

The government has requested help from private contractors to construct a new, permanent facility that will have the capacity to hold the waste. However, the project to cover up “America’s Fukushima” will cost an estimated $100 billion and take at least 50 years to complete, according to Newsweek.