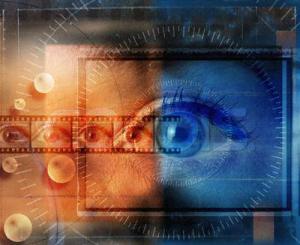 Even as revelations continue to emerge about the full extent of government surveillance, and databases of every stripe seem to be on the rise, we cannot ignore some of the victories.

Little by little, we are beginning to see a roll-back of some of the surveillance state.

From highways to small towns, the high-tech surveillance grid is being exposed and is provoking outrage among fully informed citizens. In recent months we have seen Seattle police deactivate a Wi-Fi surveillance network after it was exposed that the little white boxes identified across the city were really a mesh network that could surveil any member of the public possessing an Internet-ready device.We also saw Boston abandon its plan for license plate scanners due to pressure from privacy advocates. So, too, in Utah where a section of highway along I-15 (clearly inland) was going to be subjected to the same Constitution-free zone as the technical U.S. border. The Beaver County Sheriff listened to the public outcry over privacy violations and decided to halt the plan immediately, while the Washington Country Sheriff has requested additional information. (Source)

The latest positive news comes from Oakland, CA where a fully centralized surveillance system was set to be imposed in order to integrate all of the above into a single command-and-control “Data Awareness Center.”

Oakland’s proposal for a Domain Awareness Center was to be of the type that has been imposed upon New York City. New York’s Ring of Steel is the best example of a full-spectrum camera system supplying real-time data to law enforcement, and a physical militarized presence that has turned the city into an armed encampment.

The concept is a dangerous one if permitted to spread. As Deborah Natsios from Cryptome stated, under such surveillance the public domain becomes a Threatscape requiring a full-spectrum response system to all potential security risks: “the new utopia of an anonymity free city where each sovereign subject is identified and every outlaw is tracked in perpetuity.”

This is precisely what Oakland was shooting for:

SFGate reports that that the Domain Awareness Center … would connect cameras across the city with license plate readers, gunshot-detection devices, and mapping technology…

However, after sustained pressure from the Electronic Frontier Foundation, The Oakland Privacy Working Group, and other civil liberties organizations – as well as the mainstream revelations about NSA spying and data collection – the city has been forced to reconsider its full-spectrum approach.

It’s now being reported that the program

has been restricted to monitoring the Port of Oakland and Oakland International Airport. Under the new policy, 40 city cameras must also be disconnected, and the police gunshot detector cannot be integrated into the center’s operations.

Privacy advocates have warned about significant gaps in transparency for what will be collected on a day-to-day basis, how secure the data storage is, and for how long data will be retained.

And the message finally took hold.

At a city council meeting held to discuss a range of mundane topics, the issue of the Domain Awareness Center came up — strongly. According to one report, over 100 people were on hand to speak to the issue, and not one was in favor of the program:

Millions in funding have been halted due to the council’s decision to strike down the program in its current incarnation.

It’s also significant to point out that it was true investigative reporting that brought to the surface issues beyond even the general invasion of privacy and data collection. Here we need to commend the East Bay Express which issued a series of reports about the Domain Awareness Center and the contractors behind it, as well as the ulterior motives:

A piercing investigative report from the East Bay Express in August dug into the dubious background of the principal contractor behind DAC, which was later taken off the project for being in violation of a city ordinance against contracting with nuclear weapons manufacturers. And while it seemed the project would continue as planned with a new contractor, that, too, was called into question. A second East Bay Express report culled through internal city documents obtained by Oakland Privacy Working Group (OPWG) to show that Oakland city staff had no stated intention of using DAC as a crime-stopping tool, and that it was instead seen as a way to deter and monitor protests. [emphasis added]

It is clearly a positive step any time the surveillance-industrial complex has to back off, but as stated earlier the system will still remain in place at select areas and is there on the shelf to be rolled out at any time.

In fact, Mayor Jean Quan feels it was merely a lack of properly educating the public that resulted in the forced rollback. She was quick to indicate her strategy for future implementation:

“We’ll bring them back one at a time, and I think later we will bring back the systems after we put in the rules for privacy,” she told SFGate . . . “I wish I had paid attention to it a little earlier, I really thought it was a no-brainer,” she said. “It didn’t occur to us, I think it is just the time because people are mad about the [National Security Agency], that it didn’t occur to us that a system that would help the existing cameras coordinate in an emergency would become so controversial.”

Yes, Jean, the loss of civil liberties and constitutional guarantees are indeed “controversial.” While you and your ilk continue to strategize about how to get the American people to accept their digital enslavement, those of us who wish to remain free will be here to continue properly educating the public … as you suggest.

For an excellent video that demonstrates how the Domain Awareness System works in places like New York, please view this demonstration from Cryptome: