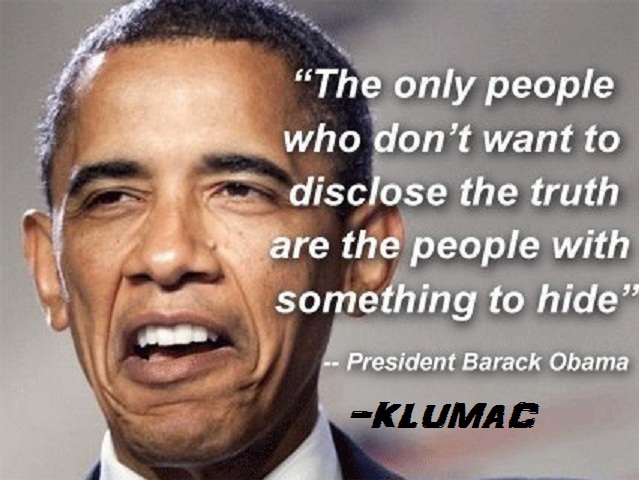 President Obama has repeatedly championed his administration as the “most transparent in history,” but much of the American media has concluded the opposite — that it’s unrivaled in its zeal to block access to its own affairs, prosecute whistleblowers and surveil journalists for pursuing a sensitive story.

The Washington Post reports that a White House Correspondents Association seminar held this weekend functioned as a forum for members of the press to share tales of woe regarding the administration’s opacity. USA TodayWashington bureau chief Susan Page ranked the administration “more restrictive” and “more dangerous” to the press than any other in history.

This is harsh language from a veteran reporter at a publication that isn’t exactly known for hard-hitting investigations, and it points to the tenacity with which the Obama administration has pursued prosecution of members of the media for simply doing their jobs.

A history of cracking down: As the Guardian pointed out last year, the Committee to Protect Journalists’ inaugural report on press freedoms in the U.S. described an unprecedented fear of the White House among journalists and whistleblowers from the national security establishment:

Six government employees, plus two contractors including Edward Snowden, have been subjects of felony criminal prosecutions since 2009 under the 1917 Espionage Act, accused of leaking classified information to the press—compared with a total of three such prosecutions in all previous U.S. administrations [emphasis added]. Still more criminal investigations into leaks are underway. Reporters’ phone logs and e-mails were secretly subpoenaed and seized by the Justice Department in two of the investigations, and a Fox News reporter was accused in an affidavit for one of those subpoenas of being ‘an aider, abettor and/or conspirator’ of an indicted leak defendant, exposing him to possible prosecution for doing his job as a journalist. In another leak case, a New York Times reporter has been ordered to testify against a defendant or go to jail.

The New Republic has covered the very real impact this atmosphere of intimidation has on the vital flow of information between media and government. Virtually every national security reporter they reached out to about chronicling links reported being monitored by the FBI. National security personnel were even more nervous, given much greater odds of losing their job and facing serious prison sentences. The dogged pursuit of leakers like Edward Snowden, who has risked becoming a fugitive for life for his leaks on the NSA’s mass surveillance apparatuses, or Chelsea Manning, who was convicted and sentenced to 35 years for leaking classified documents to WikiLeaks, has made whistleblowing an act of self-sacrifice.

The administration has also made basic White House access strikingly challenging. According to the Washington Post, the weekend gathering brought to light a colorful array of grievances from the press’s attempt to cover the White House, ranging from large-scale briefings that are strictly off the record to petty decisions to withhold information about the price of wine at state dinners to barring reporter access to entirely uncontroversial meetings. Last year, dozens of media outletspetitioned the White House for more access for their photographers, arguing that the administration’s meticulous control of optics through social media was “replacing independent photojournalism with visual press releases.”

The seriousness of the situation is evident in the superlatives offered by an otherwise staid crowd of journalists. Former New York Times executive editor Jill Abramson has declared the Obama administration “the most secretive White House that I have ever been involved in covering”; former New York Timesreporter David Sanger once characterized it as “the most closed, control-freak administration I’ve ever covered”; and CBS News’s Bob Schieffer has said, “This administration exercises more control than George W. Bush’s did, and his before that.”

Leaving Washington darker than he found it: The Obama administration has advertised itself as a beacon of transparency through gestures like expanding public access to records of White House guests and displaying extraordinary social media savvy.

But its main legacy in this realm is one of unprecedented hostility to the press. Leaks — or the potential for them — are a necessary corrective to the way covert elements of government can rapidly grow corrupt or abusive without public accountability. In this realm, Obama’s legacy is going to be a dim one.