Obama Has Bombed Twice as Many Countries as Bush 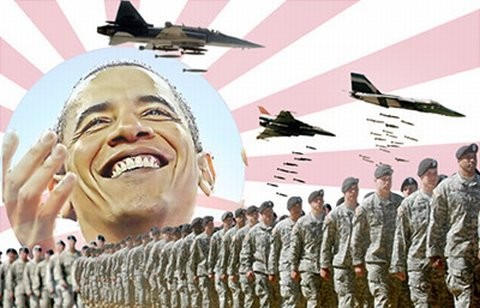 Every President changes significantly once they’re elected and actually in the White House. It happened to small government conservative George Bush who made speeches about cutting government and a restrained foreign policy in the 90’s. He turned out to be one of the biggest government Republicans in decades by creating new departments, expanding Medicare, starting two wars, and bombing two other countries. His small government beliefs completely evaporated by the time he left office.

Then Barack Obama was elected because of his campaign of hope and change. He won because he ran against the wars and against the big government security state. But, just like Bush, he changed his tune once in office. Obama kept the Iraq War going exactly as long as Bush wanted him to. He followed the timetable that Bush had negotiated to the letter. Obama actually changed Bush’s plan for the Afghanistan War though, by extending it. Obama has promised to keep troops there until 2016, which is two years longer than Bush had originally planned.

Obama has bombed Pakistan and Somalia too, just like Bush did. Then he started a new drone war in Yemen and a new bombing campaign in Libya. That added two new countries to Obama’s list. This was all in the first couple years of Obama’s presidency.

All of those wars, except for the Iraq War and bombing Libya, are still going. Obama is still bombing Pakistan, Yemen, Somalia, and waging war in Afghanistan. Then with the advent of ISIS he added Iraq to his bombing list once again. Since this is a new war in a new Iraq, it should count as a new country for Obama. It’s not the same country or war that it was under Bush. That will bring Obama’s bombing total up to seven countries. Then the government announced that they had conducted the first airstrikes in Syria – that makes eight countries.

In less than six years Obama has bombed twice as many countries as Bush did in eight. That’s quite a performance from a so-called anti-war liberal. It also proves that Democrats are just as okay with war as Republicans are, or just that they only protest war when it’s being waged by a Republican.