ObamaCare contractors paid to sit at computers and hit refresh 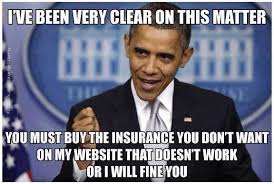 Employees at an ObamaCare processing center in Missouri with a contract worth $1.2 billion are reportedly getting paid to do nothing but sit at their computers.

“Their goals are set to process two applications per month and some people are not even able to do that,” awhistleblower told KMOV-TV, referring to employees hired to process paper applications for ObamaCare enrollees.

The facility in Wentzville is operated by Serco, a company owned by a British firm that was awarded $1.2 billion in part to hire 1,500 workers to handle paper applications for coverage under the law, according to The Washington Post.

The whistleblower employee told the station that weeks can pass without data entry workers receiving even a single application to process. Employees reportedly spend their days staring at their computers, according to a KMOX-TV report.

The employee accused Serco of attempting to conceal the lack of work as it continues to hire employees for processing centers in Missouri, Kentucky and Oklahoma. The employee said Serco is compensated for each worker it hires.

The Centers for Medicaid and Medicare services told KMOV-TV in a statement that “Serco is committed to making sure federal funds are spent appropriately, and the number of Serco staff is reviewed on a regular basis.”

Last year, the British government launched an investigation into the firm’s parent company, Serco Group, for allegedly overbilling the government by “tens of millions of pounds” under a contract to monitor offenders on parole and individuals released on bail, The Washington Post reported.

The Obama administration defended the high-dollar contract at the time.

“Serco is a highly skilled company that has a proven track record in providing cost-effective services to numerous other federal agencies,” then-Medicare spokesman Brian Cook said. “The company has provided exceptional records management and processing support to other federal agencies, similar to work they will do for the marketplace.”

This article originally appeared on FoxNews.com.