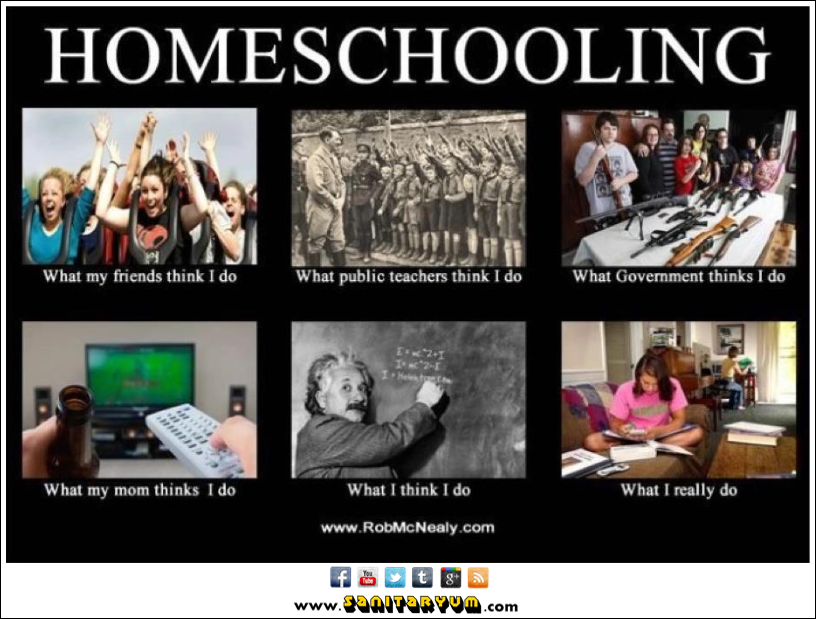 Between deciphering college financial aid awards and settling into a shoe-box sized dorm room with a perfect stranger or two, making the move from high school to college can be a shock to the system for even the most put-together teenager.

The transition, many may assume, would be even more jarring for students coming from a home-schooled environment.

“Transitioning from home school to college can be a daunting experience, especially with the lack of socialization that is associated with home schooling,” says Los Angeles-based therapist Karen Hylen, who counsels people she says have not made the transition successfully.

But parents and students from the home-schooling community say the nontraditional method yields teens that are more independent and therefore better prepared for college life.

More than 2 million U.S. students in grades K-12 were home-schooled in 2010, accounting for nearly four percent of all school-aged children, according to theNational Home Education Research Institute. Studies suggest that those who go on to college will outperform their peers.

Students coming from a home school graduated college at a higher rate than their peers­ — 66.7 percent compared to 57.5 percent — and earned higher grade point averages along the way, according to a study that compared students at one doctoral university from 2004-2009.

“I know that sounds counterintuitive because they’re not around dozens or hundreds of other kids every day, but I would argue that’s why they’re better socialized,” Kelly says. “Many home-schoolers play on athletic teams, but they’re also interactive with students of different ages.”

Home-schooled students often spend less time in class, Kelly says, giving them more opportunity to get out into the world and engage with adults and teens alike.

“The socialization thing is really a nonissue for most home schoolers,” he says. “They’re getting a lot of it.”

Home schooled from the age of three, the 18-year-old San Diego native played baseball for two years in high school, started a flag football league, is a “big fan” of swing dancing, and is an active street performer.

“I had a lot of time to pursue outside interests… to really zone in on things,” Orlowski says. “If I wanted to make something happen I usually could, with a little wiggle room.”

Extracurricular activities were not the only opportunities Orlowski seized. The flexibility of home schooling allowed him to focus on his passions: math and science.

As a junior, Orlowski convinced a physics professor at San Diego State University to let him sit in on an upper-level electrodynamics class. He later helped that professor with research projects.

“I can go out and say, ‘OK, what class do I want to take, from what professor, at what college in San Diego?’ and then I just go out and try and contact them,” he says. “Most people would be skeptical at first and then I’d meet with them and they’d say, ‘Alright, let’s give this a try.'”

Orlowski enlisted the help of admissions counselor and author Marjorie Hansen Shaevitz, who previously worked in the office of the dean of students at Stanford University, to help craft his home-schooling experience into a high school transcript.

Home-schooled students often choose academic and social pursuits because they find them important and meaningful, and college admissions officers are drawn to that authenticity, Shaevitz says.

“They have to take account of time… that other students have structured,” she says. “The possibilities of showing all the kinds of things that colleges are looking for — curiosity, confidence, resourcefulness, ability to deal with challenges — you name it. That’s a part of being a home-schooled student.”

Rather than a hindrance, home-schooling was an asset, Orlowski says, one that landed him acceptance into 10 top-tier schools, including Princeton University,Vanderbilt University, and the Massachusetts Institute of Technology.

Orlowski will attend MIT in the fall and plans a double major in math and physics. His advice to other home-schooled teens:

“The flexibility that home-schooling gives you, you can leverage that into getting all sorts of opportunities,” he says. “Seize the day by using home-schooling as a springboard to college admissions.”