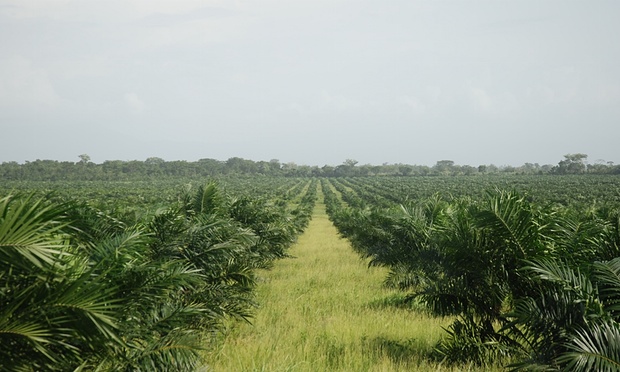 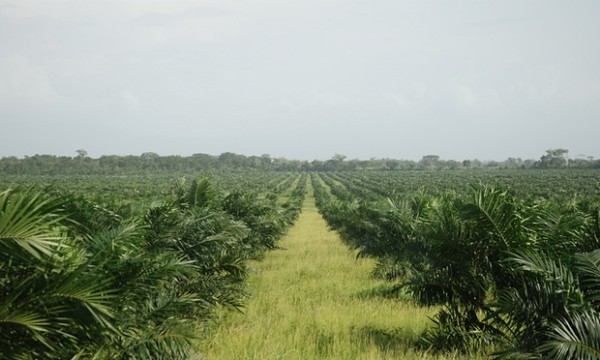 Companies in Peru are planning to clear more than 23,000 hectares of primary rainforest in the northern Amazon in order to cultivate oil palm, according to NGOs.

“We’ve done an extensive analysis of satellite images of the project area and conclude that 84.6% of Maniti and Santa Cecilia is primary forest,” says a media statement from the Association for the Conservation of the Amazon Basin (ACCA), in Peru, and the Amazon Conservation Association (ACA), in the US. “That means deforesting 9,343 hectares – almost 13,000 football pitches – of primary forest!”

The companies involved in Maniti and Santa Cecilia, Islandia Energy and Palmas del Amazonas, are both receiving “technical and financial support” from Palmas del Espino, the leader in Peru’s oil palm industry and part of the country’s powerful Romero Group.

While the area under oil palm cultivation in Peru is much less than neighbouring Ecuador and Colombia, or other countries such as Indonesia and Malaysia, expansion in recent years has been dramatic. The national and some regional governments have taken steps to promote and incentivise cultivation and almost 1.5 million hectares have been identified as potentially suitable, leading some people to see oil palm as now one of the biggest threats to the Peruvian Amazon.

Peru’s Forestry Law prohibits using forest for “agricultural ends or other activities affecting vegetation cover, sustainable use and conservation of forestry resources”, but a loophole exists allowing for a “change of use” if a particular area in the Amazon is deemed to have “agricultural aptitude” following a study of the soils, water sources and biodiversity which shows that the “sustainability of the ecosystem” will be guaranteed. The outgoing regional government approved the “change of use” for both Maniti and Santa Cecilia on 24 December, just before handing over to a new administration.

However, Jorge Noriega Pereira, from the new regional government’s Regional Program on Forestry Resources and Wildlife Management (PRMRFFS), told the Guardian the approval process is now being “reviewed.”

“This has not been done according to due process,” he says, citing the companies’ failure to provide an inventory of the species of trees to be cleared as one example.

ACCA’s Juan Loja told the Guardian it’s “definite for us” that Maniti and Santa Cecilia involve so much primary forest.

“The analyses we’ve done show that,” he says. “It’s very concerning. It will set a precedent that other companies with the same intentions can follow. This is not good for the Amazon.”

Matt Finer, from ACA, says their findings are supported by the companies’ own environmental studies.

“They admit that the planned plantation areas are dominated by primary forest,” says Finer, who led the research. “Companies or the government should only start new oil palm plantations on lands that have long been deforested.”

Noriega, from the regional government, told the Guardian that the “changes of use” for Santa Catalina and Tierra Blanca have not been approved to date, and that both projects are currently being evaluated by the Ministry of Agriculture.

“When they are transferred to us in the Regional Program on Forestry Resources and Wildlife Management, we will be meticulous regarding any changes of use they are requesting,” he says. “I can tell you in advance that we are a new administration seeking to relaunch the forestry sector, in the proper and ethical way, and we are on the side of the environment in general. We want it to be respected and to say “No more” to the abuses against the forests and biodiversity.”

All four plantations are scheduled to be in Peru’s vast Loreto region, and the EIAs state the aim is to provide palm oil for Peru’s domestic market. All four EIAs were approved by the Ministry of Agriculture in 2013.

“The Amazon forest provides very important services: clean air, clean water and lots of biodiversity,” says ACCA’s director Daniela Pogliani. “If we want to foster economic development, we believe there are other ways to do it. It doesn’t have to imply cutting down the Amazon. We want a development for the long-term and for the benefit of everyone, not just initiatives that don’t consider long term impacts on the environment and social structure.”

Novoa says he would like “a revision of the projects that have been approved in previous periods and to check that they comply with the law.”

“We would like to see concrete steps in order to stop deforestation and guarantee sustainable land use,” he says.

According to Finer, neither company at Maniti and Santa Cecilia has begun deforesting yet.

“Recent satellite images have been cloudy so we don’t have good eyes on the area, but we did get some recent radar data that indicated clearing hasn’t started,” he says.

ACCA’s Loja describes the decision to establish Maniti and Santa Cecilia as “arbitrary” and “imposed” on local communities, but acknowledges some people are in favour because of opportunities to earn extra income. He says it wouldn’t be the first time primary forest in the Peruvian Amazon is cleared for oil palm, and cited neighbouring regions San Martin and Ucayali as examples.

Palmas del Espino and the Romero Group did not respond to requests for comment.