People Thrown Into Psych-Wards For Their Political Views! 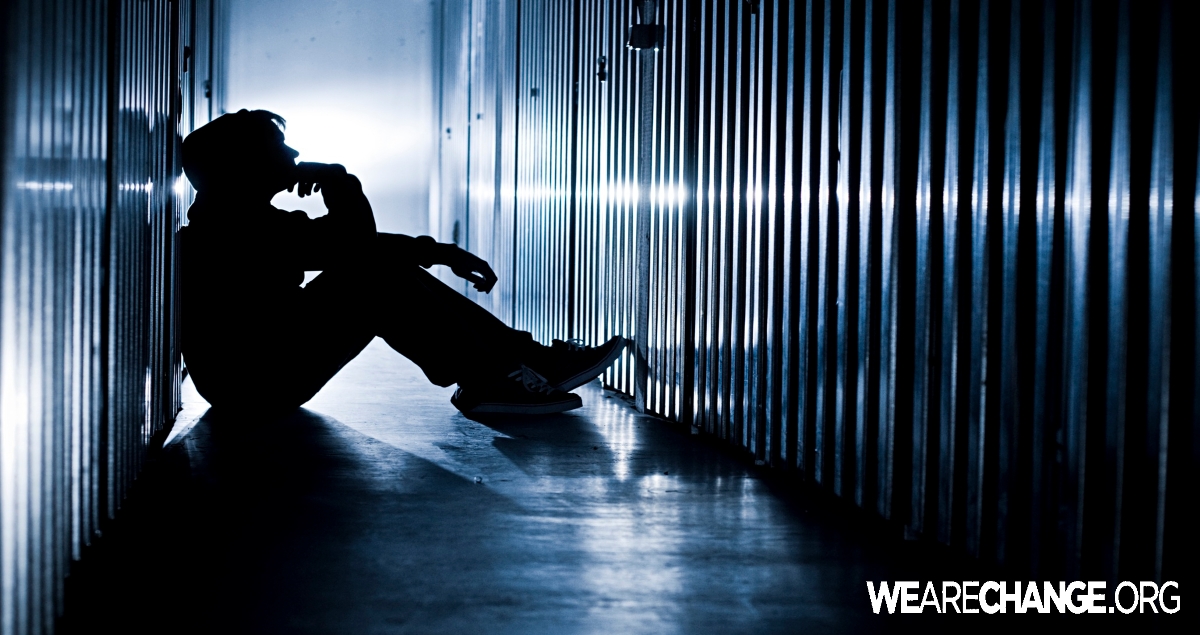 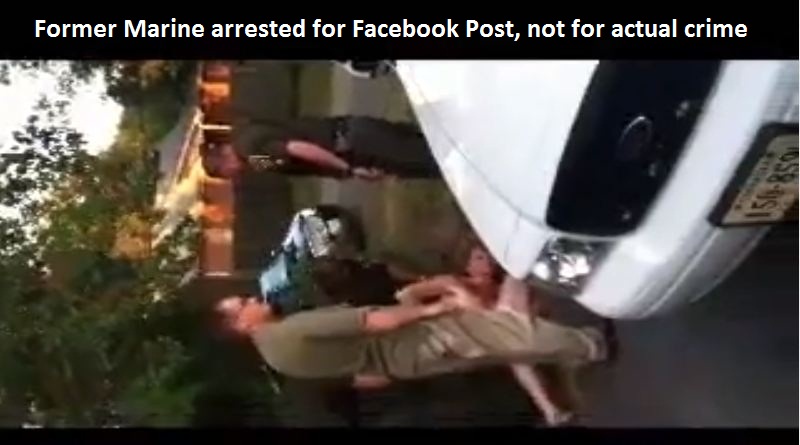 Former Marine Brandon Raub was temporarily committed in 2012 after posting comments to Facebook.

Many psychologists and psychiatrists are good people, who are only trying to help their patients.

But the Nazi government substantially supported psychologists … many of whom, in turn, espoused extermination of the people they considered to be “racially and cognitively compromised”.

Soviet psychiatrists famously aided Stalin in applying fake insanity diagnoses to political dissenters.  The official explanation was that no sane person would declaim the Soviet government and Communism.

American psychologists created the American program of torture which was specially-crafted to produce false confessions to justify U.S. military policy. And see this.

And authoritarian American psychologists are eager to label anyone “taking a cynical stance toward politics, mistrusting authority, endorsing democratic practices, … and displaying an inquisitive, imaginative outlook” as worthy of a trip to the insane asylum. (Those traits may also get one labeled as a potential terrorist.)

As prominent forensic psychiatrist James Knoll – psychiatry professor at SUNY-Syracuse and director of a forensic fellowship program – writes in the Psychiatric Times:

When psychiatric science becomes co-opted by a political agenda, an unhealthy alliance may be created. It is science that will always be the host organism, to be taken over by political viruses…. [P]sychiatry may come to resemble a new organism entirely — one that serves the ends of the criminal justice system.

Even psychologists with good intentions can erroneously label people delusional simply because they themselves make bad assumptions.

There is even a label for this – the “Martha Mitchell Effect” – defined as:

The process by which a psychiatrist, psychologist, or other mental health clinician mistakes the patient’s perception of real events as delusional and misdiagnoses accordingly.

Sometimes, improbable reports are erroneously assumed to be symptoms of mental illness [due to a] failure or inability to verify whether the events have actually taken place, no matter how improbable intuitively they might appear to the busy clinician.

In other words, psychologists who haven’t taken the time to examine for themselves the claims of their patients will tend to label as delusional anything which they “intuitively” feel is improbable.  As such, psychologists and psychiatrists are just as prone to acting out their irrational prejudices as anyone else … unless they take the time to investigate and educate themselves.

As such, detention in psych wards on mere “suspicion” of posing a danger – without due process of law – is troubling.

For example, former marine Brandon Raub was just carted off and locked in a psychiatric ward for his allegedly “anti-government” Facebook posts.

Police – acting under a state law that allows emergency, temporary psychiatric commitments upon the recommendation of a mental health professional – took Raub to the John Randolph Medical Center in Hopewell. He was not charged with any crime.

Col. Thierry Dupuis, the county police chief, said Raub was taken into custody upon the recommendation of mental health crisis intervention workers. He said the action was taken under the state’s emergency custody statute, which allows a magistrate to order the civil detention and psychiatric evaluation of a person who is considered potentially dangerous.

New York Police officer Adrian Schoolcraft was  involuntarily hospitalizated in a psychiatric ward after he recorded videotapes of his fellow police officers engaging in corruption.

Claire Swinney of New Zealand was also held in a psychiatric ward and called “delusional” for criticizing the government.    Susan Lindauer was held under the Patriot Act for a year at Carswell Air Force Base – where psychiatric drugs were pushed on her – after she alleged government corruption.

The team’s psychiatrists and psychologists then have the power to order treatment – including forcibly detaining suspects in secure psychiatric units.

Using these powers, the unit can legally detain people for an indefinite period without trial, criminal charges or even evidence of a crime being committed and with very limited rights of appeal.

Until now it has been the exclusive decision of doctors and mental health professionals to determine if someone should be forcibly detained.

But the new unit uses the police to identify suspects – increasing fears the line is being blurred between criminal investigation and doctors’ clinical decisions.

Scotland Yard, which runs the shadowy unit, refuses to discuss how many suspects have been forcibly hospitalized by the team because of “patient confidentiality”.

The purpose of the center is “to evaluate and manage the risk posed to prominent people by…those who engage in inappropriate or threatening communications or behaviors in the context of abnormally intense preoccupations, many [Many? That means that some are not] of which arise from psychotic illness.”

Who gets to decide what “inappropriate” or “threatening” means?  What if a whistle-blower has information that a member of parliament has engaged in bribes?  Would trying to reveal such information constitute “inappropriate or threatening communications or behaviors” in the context of “abnormally intense preoccupations” with that MP’s illegal actions?

Indeed, a study published in the International Journal of Law and Psychiatry found a high rate of false positives in the British identification of dangerous persons.

So-called ‘sectioning’ allows a patient to be held for up to six months before a further psychological assessment. Patients are then reviewed every year to determine if they can be released.

Human rights activists fear the team, whose existence has never been publicised, may be being used as a way to detain suspected terrorists without having to put evidence before the courts.

Policy director Gareth Crossman said: “There is a grave danger of this being used to deal with people where there is insufficient evidence for a criminal prosecution.

“This blurs the line between medical decisions and police actions. If you are going to allow doctors to take people’s liberty away, they have to be independent. That credibility is undermined when the doctors are part of the same team as the police.

“This raises serious concerns. First that you have a unit that allows police investigation to lead directly to people being sectioned without any kind of criminal proceedings.

“Secondly, it is being done under the umbrella of anti-terrorism at a time when the Government is looking at ways to detain terrorists without putting them on trial.”

The team examined thousands of cases and liaised with the FBI, the US Secret Service, the Capitol Hill Police, which protects Congressmen and Senators, and the Swedish and Norwegian secret services.

Shadow Health Secretary Andrew Lansley said: “The Government is trying to bring in a wider definition of mental disorder and is resisting exclusions which ensure that people cannot be treated as mentally disordered on the grounds of their cultural, political or religious beliefs.

“When you hear they are also setting up something like this police unit, it raises questions about quite what their intentions are.

“The use of mental health powers of detention should be confined to the purposes of treatment. But the Government wants to be able to detain someone who is mentally disordered even when the treatment would have no benefit.

“Combined with the idea that someone could be classed as mentally ill on the grounds of their religious beliefs, it is a very worrying scenario.”

Indeed, the whole “indefinite detention” process (which Americans living on American soil are subject to) can be based on circular reasoning:

The government’s indefinite detention policy – stripped of it’s spin – is literally insane, and based on circular reasoning. Stripped of p.r., this is the actual policy:

See how that works?

This is an analogy.  We are not accusing psych wards of using torture.  However, they do often use powerful psychiatric drugs on patients … which can elicit false confessions.

Update: The stories of psychiatric commitment of political activists in China are horrendous .