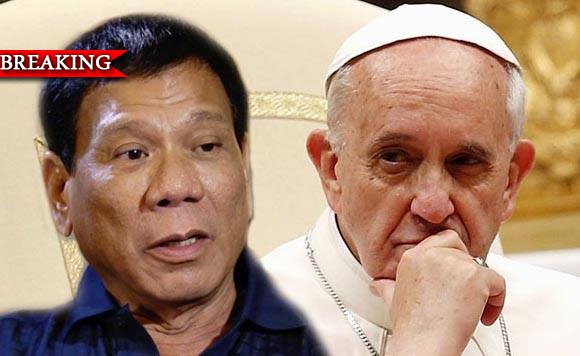 Article via The Mind Unleashed

Philippines President Rodrigo Duterte is not backing down. Just one day after calling out U.S. ambassadors as “CIA spies,” Duterte has now criticized the top of the elite’s pyramid: The Vatican.

Duterte said that he believes in God and Allah, but does not believe in organized religion and that the Vatican’s religion is about gold hoarding, as well as putting the fear of hell into it’s followers:

“Do not believe it. That is what that religion is all about, they are instilling fear that you will go to hell if you are a sinner. But you will only know if there is indeed a hell if you die… Be careful about religion, it is about gold. It is about gold. They have not done anything. Where is their God and their grace? There is the hypocrisy of it all.”

Duterte then went for the jugular:

“Catholicism is a sordid religion. It is about time to show you its history. Pope Leo was sired and even had sex with his child.”

This article first appeared on TheMindUnleashed.com