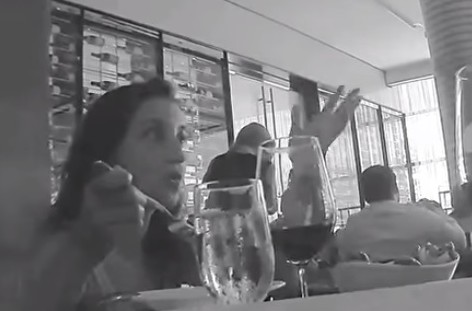 The Center for Medical Progress, a branch of the conservative Manhattan Institute, launched a three-year investigation of the practice by hiring actors to pretend to be buyers from a human biologics company. The new video supposedly features undercover actors have a conversation with Planned Parenthood’s Senior Director of Medical Services Deborah Nucatola at a restaurant about the possibly of obtaining aborted fetus organs.

The selling the body parts of aborted fetuses is a felony, punishable with up ten years in prison. Pro-life activists have long accused abortion clinics of engaging in the practice, while the clinics claim they only allow donations of the tissue… and then charge companies for transportation fees.

“I would say it’s probably around $30 to $100, depending on the facility and what’s involved,” Nucatola says in the video.

Legality aside, the video features Nucatola matter-of-factly discussing how Planned Parenthood gruesomely “crushes” fetuses in a way to harvest the organs with the highest demand. “We’ve been very good at getting heart, lung, liver, because we know that, ‘I’m not gonna crush that part, I’m gonna basically crush below, I’m gonna crush above, and I’m gonna see if I can get it all intact.’”

“I’d say a lot of people want liver,” she also says. “And for that reason, most providers will do this case under ultrasound guidance, so they’ll know where they’re putting their forceps. The kind of rate-limiting step of the procedure is calvarium. Calvarium—the head—is basically the biggest part.”

At another part of the video Nucatola recognizes that the issue is legally thorny and Planned Parenthood’s Litigation and Law Department decided it was “too touchy” for the national office to organize transactions. “But I will tell you that behind closed doors, these conversations are happening with the affiliates.”

At yet another part of the video, Nucatola discusses how “some people” will use ultrasounds to ensure the fetus breeches feet-first during a late-term abortion to ensure more usable organs. The Center alleges that this is “identical” to the partial-birth abortion procedure Congress banned in 1993.

Unlike other hidden camera stings (coughcoughJamesO’Keefecough), the Center also immediately posted the full two-hour-and-forty minute video of the meeting, presumably to counter accusations of selective editing.

Watch, via The Center for Medical Progress: