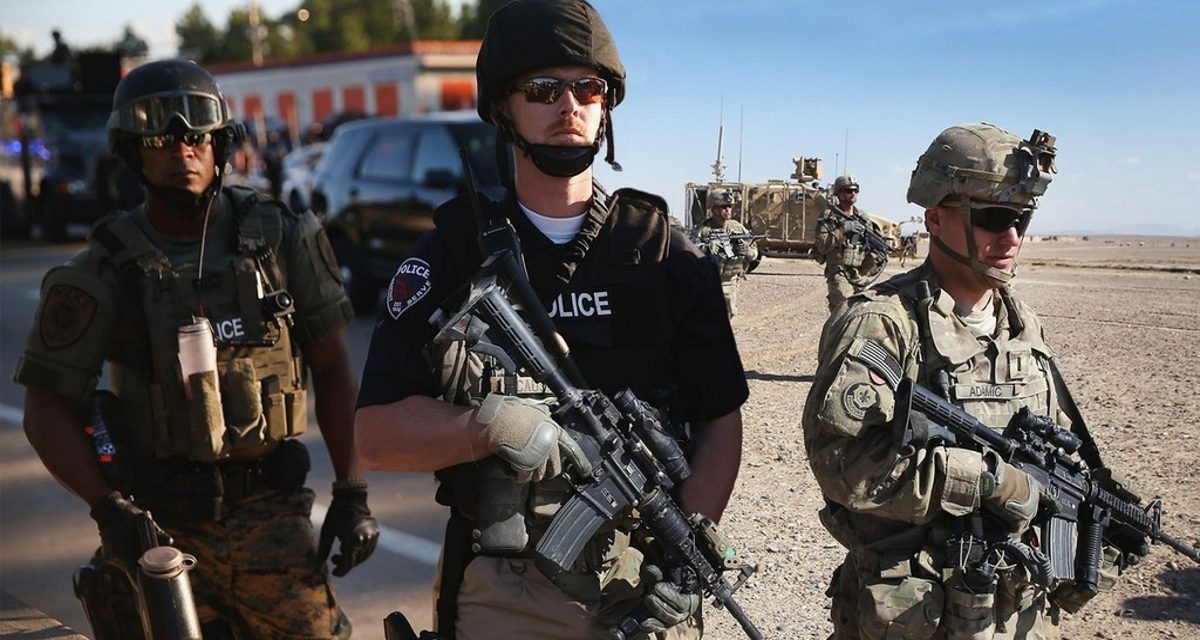 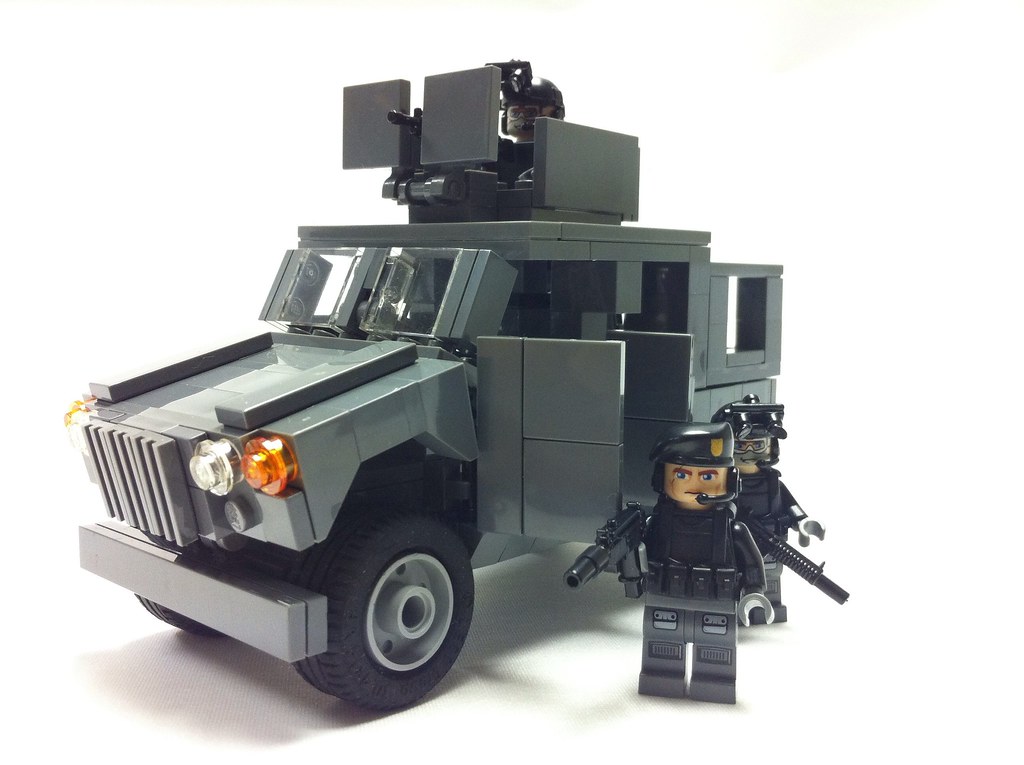 Salisbury, Md.  — Tanks and military-grade weapons recalled by federal government in 2014. However according to multiple sources, if president-elect  Donald Trump keeps his promise, surplus military grenade launchers, bayonets, tracked armored vehicles and high-powered firearms and ammunition will once again be available to state and local U.S. police departments.

In 2015 amid public outcry over abuse,  publicized images of police using armored vehicles and other war-fighting gear first in Boston during the Boston bombing, and again as police tried to contain protesters in Ferguson, Missouri, President Barack Obama then issued an executive order restricting police access to military grade gear.  Since then, federal officials have recalled more than 1,800 items, which have been destroyed through target practice or otherwise disposed of, officials say.

State and local police organizations have protested, insisting that military-style vehicles and gear help protect officers’ lives and public safety. During his campaign, Trump routinely sided with the police. Speaking with police officers in Ohio back in August , the Republican presidential nominee indicated he would reverse  the recall. During discussions at a fraternal order of police lodge in Akron, Trump was asked by one questioner if he would return “military equipment” to law enforcement, according to a pool reporter who observed the event. “Yes, I would,” said Trump, who added that the current situation facing law enforcement was “ridiculous”.
In September, he promised to rescind the executive order in a written response to a Fraternal Order of Police questionnaire that helped him win an endorsement from the organization of rank-and-file officers. Presidents can only have an impact on policing “to a very limited degree,” said Jim Pasco, executive director of the national FOP officers’ union, which endorsed Trump in September.  “The 1033 program is an excellent program that enhances community safety. I will rescind the current executive order,” reads the response posted on the group’s website.  “We take him at his word,” Executive Director James Pasco said in a recent telephone interview with  David Disgneau from AP.

The Trump transition team did not respond to questions from The Associated Press about the order.

National Sheriffs’ Association Executive Director Jonathan F. Thompson said his group has pressed the topic in discussions with Trump’s transition team. And William J. Johnson, executive director of the National Association of Police Organizations, said he was encouraged by his conversations with Trump representatives before the Nov. 8 election.

“The feeling that we got is they absolutely hear us and they share our concerns,” he said.

Obama’s order was triggered partly by police use of military-style gear and vehicles in response  civil unrest in Ferguson. The order prohibited the federal government from providing grenade launchers, bayonets, tracked armored vehicles, weaponized aircraft and vehicles, and firearms and ammunition of .50-caliber or greater to state and local police agencies.

Since then, the Defense Logistics Agency has recalled 138 grenade launchers, more than 1,600 bayonets and 126 tracked vehicles — those that run on continuous, tank-like tracks instead of wheels — that were provided through the military’s 1033 program, agency spokeswoman Michelle McCaskill said.

Peter Kraska, a professor at Eastern Kentucky University’s School of Justice Studies who has studied the militarization of police, said Obama’s executive order has had little effect because there was relatively little demand for the prohibited items to begin with.

“It was more symbolic politics than anything substantive,” he said.

The order also added requirements for record-keeping, local oversight and training for the acquisition or use of other surplus military equipment such as wheeled armored vehicles, but those hurdles apparently have not deterred agencies from obtaining the gear. McCaskill said 183 law enforcement agencies have received mine-resistant, ambush-protected vehicles or MRAPs, through the 1033 program so far this year. That’s more than the 165 MRAPs that were distributed in 2013. Nevertheless, Kraska said, there’s nothing to justify most police departments having such equipment.

“It just ramps up the probability that this kind of kind of high-end military hardware is going to be misapplied,” he said.

“They fail to realize the dilemma it puts sheriffs in who live in the rural areas, the desert areas, the mountain areas,” he said.

Groups on both ends of the political spectrum have expressed concern about police militarization, from civil-rights organizations such as the NAACP and ACLU to the libertarian Cato Institute.

Raed Jarrar, government relations manager for the American Friends Service Committee, a Quaker group committed to peace and social justice, said the executive order wasn’t effective but rescinding it would send a message that “rather than attempting to curb militarism, the president-elect is planning to continue on that path.” 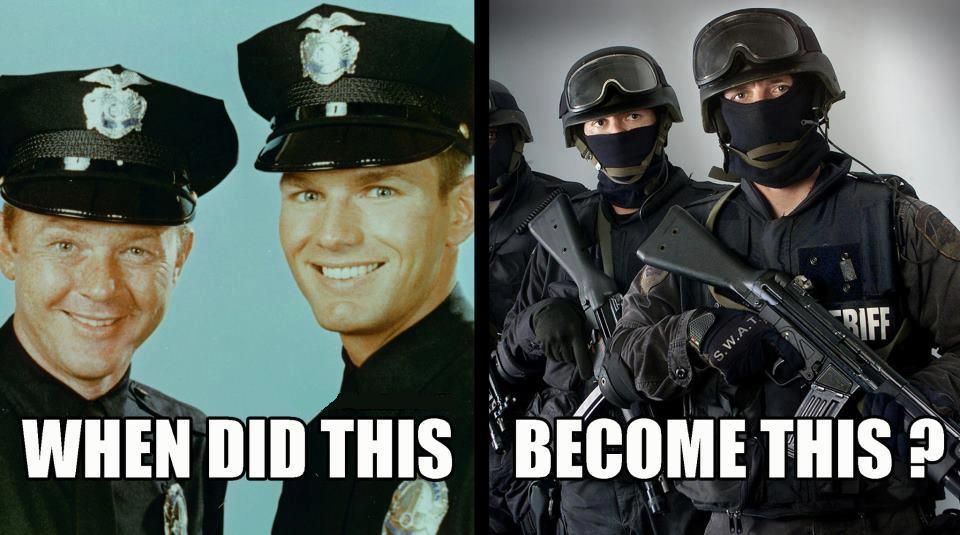 “We don’t want local police departments to be incentivized to get the types of equipment that in most cases are a better fit for the war zone,” he said.

This concerning for those on the side of demilitarization and those who are against the impeding police state, Trump did, however, tell the Guardian in an interview last year that he supported federal funding for police body cameras.

This article (Police Officials Expect Trump To Abolish limits On Surplus Military Gear) is free and open source. You have permission to republish this article under a Creative Commons license with attribution to DannyQuest and WeAreChange.org.  If you find any grammatical mistakes or factual errors in this article please email them to Danny@wearechange.org