What is The “Countering Disinformation And Propaganda Act” ? 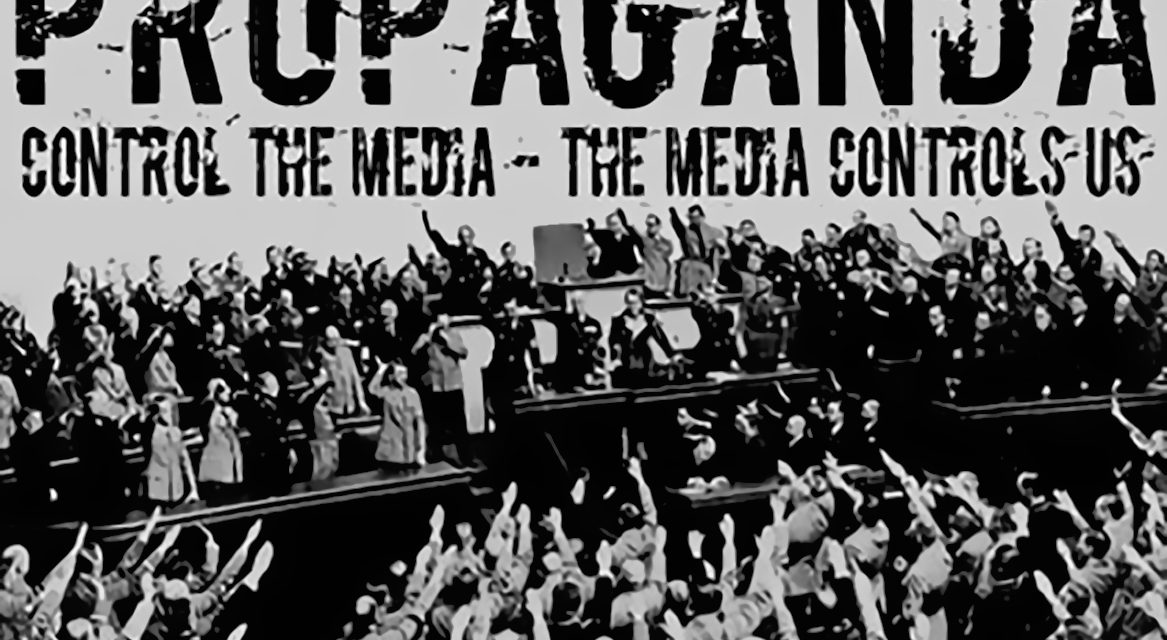 What is The “Countering Disinformation And Propaganda Act”?

While we wait to see if and when the Senate will pass (and president will sign) Bill  “H.R. 6393, Intelligence Authorization Act for Fiscal Year 2017″, which was passed by the House at the end of November with an overwhelming majority and which seeks to crack down on websites suspected of conducting Russian propaganda and calling for the US government to “counter active measures by Russia to exert covert influence … carried out in  coordination with, or at the behest of, political leaders or the security services of the Russian Federation and the role of the Russian Federation has been hidden or not acknowledged publicly,” another, perhaps even more dangerous and limiting to civil rights and freedom of speech bill passed on December 8.

Recall that as we reported in early June, “a bill to implement the U.S.’ very own de facto Ministry of Truth has been quietly introduced in Congress. As with any legislation attempting to dodge the public spotlight the Countering Foreign Propaganda and Disinformation Act of 2016 marks a further curtailment of press freedom and another avenue to stultify avenues of accurate information. Introduced by Congressmen Adam Kinzinger and Ted Lieu, H.R. 5181 seeks a “whole-government approach without the bureaucratic restrictions” to counter “foreign disinformation and manipulation,” which they believe threaten the world’s “security and stability.”

Also called the Countering Information Warfare Act of 2016 (S. 2692), when introduced in March by Sen. Rob Portman, the legislation represents a dramatic return to Cold War-era government propaganda battles. “These countries spend vast sums of money on advanced broadcast and digital media capabilities, targeted campaigns, funding of foreign political movements, and other efforts to influence key audiences and populations,” Portman explained, adding that while the U.S. spends a relatively small amount on its Voice of America, the Kremlin provides enormous funding for its news organization, RT.“Surprisingly,”

Portman continued, “there is currently no single U.S. governmental agency or department charged with the national level development, integration and synchronization of whole-of-government strategies to counter foreign propaganda and disinformation.”

Long before the “fake news” meme became a daily topic of extensive conversation on wuch mainstream fake news portals as CNN and WaPo, H.R. 5181 would rask the Secretary of State with coordinating the Secretary of Defense, the Director of National Intelligence, and the Broadcasting Board of Governors to “establish a Center for Information Analysis and Response,” which will pinpoint sources of disinformation, analyze data, and — in true dystopic manner — ‘develop and disseminate’ “fact-based narratives” to counter effrontery propaganda.

Fast forward to this past Thursday, December 8, when the “Countering Disinformation and Propaganda Act” passed in the Senate, quietly inserted inside the 2017 National Defense Authorization Act (NDAA) Conference Report.

Here is the full statement issued by the generously funded Senator Rob Portman (R- Ohio) on the passage of a bill that further chips away at press liberties in the US, and which sets the stage for future which hunts and website shutdowns, purely as a result of an accusation that any one media outlet or site is considered as a source of “disinformation and propaganda” and is shut down by the government.

U.S. Senators Rob Portman (R-OH) and Chris Murphy (D-CT) today announced that their Countering Disinformation and Propaganda Act – legislation designed to help American allies counter foreign government propaganda from Russia, China, and other nations – has passed the Senate as part of the FY 2017 National Defense Authorization Act (NDAA) Conference Report. The bipartisan bill, which was introduced by Senators Portman and Murphy in March, will improve the ability of the United States to counter foreign propaganda and disinformation by establishing an interagency center housed at the State Department to coordinate and synchronize counter-propaganda efforts throughout the U.S. government.To support these efforts, the bill also creates a grant program for NGOs, think tanks, civil society and other experts outside government who are engaged in counter-propaganda related work. This will better leverage existing expertise and empower local communities to defend themselves from foreign manipulation.

“The passage of this bill in the Senate today takes us one critical step closer to effectively confronting the extensive, and destabilizing, foreign propaganda and disinformation operations being waged against us. While the propaganda and disinformation threat has grown, the U.S. government has been asleep at the wheel. Today we are finally signaling that enough is enough; the United States will no longer sit on the sidelines. We are going to confront this threat head-on,” said Senator Portman. “With the help of this bipartisan bill, the disinformation and propaganda used against our allies and our interests will fail.”

“Congress has taken a big step in fighting back against fake news and propaganda from countries like Russia. When the president signs this bill into law, the United States will finally have a dedicated set of tools and resources to confront our adversaries’ widespread efforts to spread false narratives that undermine democratic institutions and compromise America’s foreign policy goals,” said Murphy. “I’m proud of what Senator Portman and I accomplished here because it’s long past time for the U.S. to get off the sidelines and confront these growing threats.”

NOTE: The bipartisan Countering Disinformation and Propaganda Act is organized around two main priorities to help achieve the goal of combatting the constantly evolving threat of foreign disinformation. They are as follows:

In other words, the Act will i) greenlight the government to crack down with impunity against any media property it deems “propaganda”, and ii) provide substantial amounts of money fund an army of “local journalist” counterpropaganda, to make sure the government’s own fake news drowns that of the still free “fringes.”

So while packaged politely in a veneer of “countering disinformation and propaganda”, the bill, once signed by Obama, will effectively give the government a full mandate to punish, shut down or otherwise prosecute, any website it deems offensive and a source of “foreign government propaganda from Russia, China or other nations.” And since there is no formal way of proving whether or not there is indeed a foreign propaganda sponsor, all that will be sufficient to eliminate any “dissenting” website, will be the government’s word against that of the website. One can be confident that the US government will almost certainly prevail in every single time.

$20 MILLION for paid op-eds! Portman-Murphy would make propaganda the law of the land! pic.twitter.com/uWPHZwvIJl