Police Record Themselves Conspiring to Fabricate Criminal Charges Against Protester 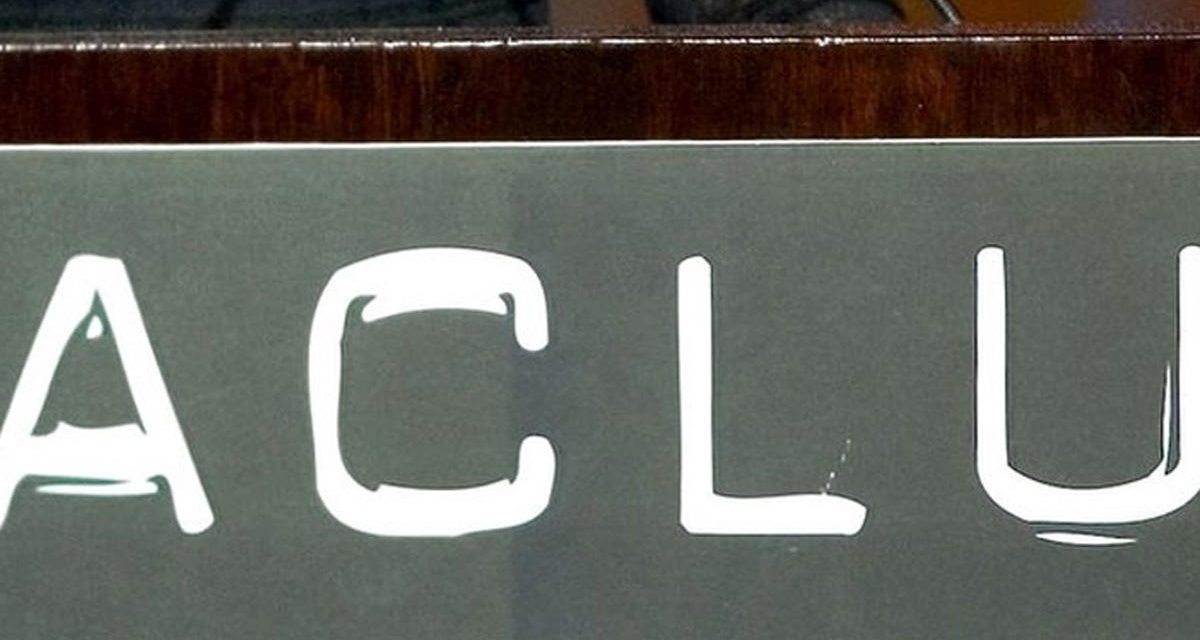 The ACLU of Connecticut is suing state police for fabricating retaliatory criminal charges against a protester after troopers were recorded discussing how to trump up charges against him. In what seems like an unlikely stroke of cosmic karma, the recording came about after a camera belonging to the protester, Michael Picard, was illegally seized by a trooper who didn’t know that it was recording and carried it back to his patrol car, where it then captured the troopers’ plotting.

“Let’s give him something,” one trooper declared. Another suggested, “we can hit him with creating a public disturbance.” “Gotta cover our ass,” remarked a third.

ACLU affiliates around the country have done a lot of cases defending the right to record in public places, but this case (press release,complaint) is particularly striking. I spoke to ACLU of Connecticut Legal Director Dan Barrett, and he told me about how the incident came about:

Our client is a guy who is very concerned with privacy, and who protests DUI checkpoints around the capital region here in Hartford, Connecticut. He feels they’re both unconstitutional and a waste of money. He has done public records investigations, for example, and recently found that for every two man hours put into a check point, it yields just one minor traffic citation—almost always for defective equipment. He was well known to the police, who also knew that he is a peaceful privacy and open-carry gun rights activist.

So Michael was out on Sept. 11, 2015 in West Hartford. He shows up, has a big sign that says “cops ahead, remain silent.” It’s handwritten—this is not threatening stuff. He stood on a small triangular traffic island. He was standing there for an hour, hour and a half without any problems. Then, the state police officers who were working the checkpoint come over to Michael, and the first thing they do is slap the camera out of his hand so it hits the ground. He thinks it’s broken.

It was really brazen. There’s another video showing that the first thing the state trooper does is walk up and with his open hand slap the camera down to the ground. He doesn’t even say anything like “put that down,” or “please lower your camera.” He just slaps it to the ground. Then he interacts with Michael as if nothing happened, as if, “I’m just allowed to do that, and I don’t even have to tell you why I just broke your camera.” It’s an amazing level of hostility.

The troopers search Michael, and theatrically announce that he has a gun—which they knew he had, and which he was carrying legally under Connecticut’s open carry law. So they take his gun, and they go run his pistol permit. As they’re doing that, Michael picks the camera up off the pavement—it’s a nice SLR that can also record video. He picks it up and tries to turn it on as one of the cops walks back over, and that’s where the video starts. The cop announces that “taking my picture is illegal.” Michael debates with him a little because he’s very knowledgeable about the law and the First Amendment, and the end result is that the trooper snatches the camera, walks away, and puts it on top of the cruiser, without realizing that it is working and is recording video.
END THE CULTURE OF WARRIOR POLICING

TAKE ACTIONThis is the point at which the troopers’ accidental self-surveillance begins. Barrett continues:

So we get the three troopers at the cruiser talking about what to do. Michael’s permit comes back as valid, they say “oh crap,” and one of the troopers says “we gotta punch a number on this guy,” which means open an investigation in the police database. And he says “we really gotta cover our asses.” And then they have a very long discussion about what to charge Michael with—none of which appear to have any basis in fact. This plays out over eight minutes. They talk about “we could do this, we could do this, we could do this….”

In Connecticut, police officers have clear requirements under the law to intervene and stop or prevent constitutional violations when they see them. But at no time did any of the three officers pipe up and say, “why don’t we just give him his camera back and let him go.”

In the end they decide on two criminal infractions: “reckless use of a highway by a pedestrian,” and “creating a public disturbance.” They have a chilling discussion on how to support the public disturbance charge, and the top-level supervisor explains to the other two, “what we say is that multiple motorists stopped to complain about a guy waving a gun around, but none of them wanted to stop and make a statement.” In other words, what sounds like a fairy tale.

The tickets they gave him started a criminal prosecution in the Connecticut superior court. Eventually the state dismissed first one then the other count, though it took a whole year for him to disentangle himself from the criminal justice system.

Meanwhile, Michael filed a complaint with the state police. They claimed they couldn’t do their internal investigation without interviewing Michael. They kept calling Michael directly—and they did that even though there were criminal charges pending and Michael had a criminal defense lawyer. His lawyer kept calling them and saying “don’t you ever call my client again, you have to talk to me.” But they continued to try and get Michael to come in and be interviewed without his lawyer, claiming that they couldn’t do the investigation unless Michael gave a statement. It was unbelievable—this is an interaction that was recorded from start to finish on high-quality digital video. A year later there has been zero movement on the internal affairs investigation as far as anyone knows, which just shows that police and prosecutors in Connecticut should not be in charge of policing themselves.
As a result of the police’s clear inability to police themselves, the only avenue left for Picard and the ACLU of Connecticut is a lawsuit. That lawsuit is based on three claims, as Barrett laid out for me:

The first claim is the violation of Michael’s right to record—the efforts to prevent Michael from recording what was happening. That includes the fact that they swatted his camera and attempted to break it, and took it away, and they also tried to block him from taking photos of the license plates on the police cruiser using his cell phone after his camera was taken.

The second count is a Fourth Amendment claim: the seizure of Michael’s camera without probable cause to believe that it contained evidence of a crime, or a warrant for its seizure. The police cannot grab people’s property and confiscate it on a whim.

If Michael had been just jotting down license plate numbers with a pen and pad and the troopers had taken it, or slapped the pen out of his hand saying “you’re not allowed to write down our license plate numbers,” everyone would recognize how ridiculous the situation was. And if the defendants had been any other kind of state or local employee—if they had been a road crew, and Michael had wanted to film them paving, and they had forced him to stop recording, their actions wouldn’t get any serious consideration by a court. Nothing about the defendants here being police makes their actions any more defensible. All Michael was doing was recording state employees doing their jobs on a public street.

The really interesting thing about this case is not just that the state troopers were so openly hostile to being recorded, or to anyone seeing what they were up to, but also that they appear to have had a very frank discussion inside the cruiser about how to punish somebody who was protesting them.
It’s surprising that we are still regularly hearing about incidents in which police are not respecting the constitutional right to record in public. But to hear police officers casually discussing the fabrication of criminal charges to retaliate against a protester is even more shocking. As Barrett put it to me, “It’s one of those things that on your darker days you may think happens all the time, but you never really thought there’d be a video recording of.”