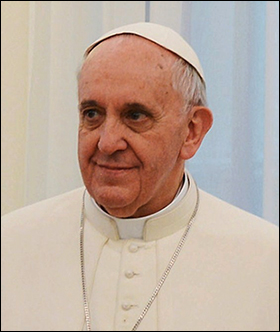 Pope Francis on Friday personally asked forgiveness for child sex abuse by priests — the first time he has made such an apology since being elected last year.

“I feel compelled … to personally ask for forgiveness for the damage they have done for having sexually abused children,” the pope said at a meeting with members of a children’s charity, Vatican Radio reported.

Francis said the number of guilty priests was “quite a few in number” but “obviously not compared to the number of all the priests”. “The church is aware of this damage,” he said. “It is personal, moral damage carried out by men of the Church and we will not take one step backward with regards to how we will deal with this problem and the sanctions that must be imposed,” he added.

Francis was meeting with members of International Catholic Child Bureau, which works to protect the rights and dignity of children worldwide.

Thousands of cases of abuse by priests have come to light over the past decade and the Catholic Church is regularly accused of trying to cover up the crimes.

However, the Vatican has vowed a zero-tolerance approach and has begun implementing prevention and detection measures to root out abuse, although this varies widely between different countries.

Francis’s predecessor Benedict XVI had also made a personal apology for the abuses.