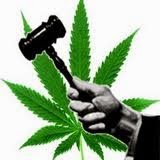 Fed up with soaring rates of disease from intravenous drug use, Portugal tried something radical: they decriminalized drugs. Yes, all drugs. Across the board from marijuana to heroin to ecstasy. And it worked.

In July 2001, Law 30/2000 went into effect, decriminalizing the purchase, possession, and consumption of all drugs for personal use. Though this is not the same as legalization, and the drugs are still illegal, “Otherwise, we would have gotten in trouble with the UN”, Dr João Goulão, President of the Institute of Drugs and Drug Addiction and architect of the law, explains, it shifts the focus from punishment to treatment, so getting caught using these drugs amounts to little more than the equivalent of a parking ticket. “We figured perhaps this way we would be better able get things under control. Criminalization certainly wasn’t working all that well.”

Clearly, he’s right. Looking at statistics from the US, which has some of the harshest penalties surrounding drugs in the ‘western’ world, 1.6 million people are arrested, prosecuted, incarcerated, placed on supervision, and/or deported each year. We house fully one – fourth of the prisoners on the planet, one in every 110 adults in 2013, but are home to just 5% of the world’s population, and the majority of those incarcerated end up there because of a drug – related ‘crime’. Former Drug Czar Barry McCaffrey, said of this almost exclusively punitive system, “We have created an American gulag”. From an economic standpoint, alone, the amount spent per year in the infamous war on drugs is a whopping $51 billion. In other words, the American ‘war on drugs’ amounts to little more than a farce, and our policy – makers desperately need to take a lesson from Portugal.

Facing soaring numbers of drug – related deaths and rates of AIDS, HIV, tuberculosis, and hepatitis B and C in its intravenous drug using population, Portugal chose to take what many saw as drastic measures. Coinciding with the decriminalization of all drugs, prevention, treatment, and reintegration programs were broadened, and other social welfare improvements were made, including the implementation of a guaranteed minimum income. Law 30/2000 states that it is no longer a crime to possess a ten days’ supply of any drug for personal use, though the drugs, themselves, are still illegal and carry administrative punishments like community service or fines. Decisions for penalties are made when police refer the offenders to ‘Commissions for the Dissuasion of Drug Addiction’, which consist of healthcare, social work, and legal professionals; but cases are most often suspended, essentially meaning there isn’t a penalty. In fact, because the aim of decriminalizing drugs was to reign in the problem as a whole, those with drug dependencies are merely encouraged and referred to treatment, but there is no punishment for not following through. So, has this policy, which goes in the face of everything we’re familiar with in the US, succeeded? Unquestionably, the answer is YES.

Levels of drug use are below the European average
Drug use has declined among those aged 15-24, the population most at risk of initiating drug use
Lifetime drug use among the general population has increased slightly, in line with trends in comparable nearby countries. However, lifetime use is widely considered to be the least accurate measure of a country’s current drug use situation
Rates of past-year and past-month drug use among the general population – which are seen as the best indicators of evolving drug use trends – have decreased
Between 2000 and 2005 (the most recent years for which data are available) rates of problematic drug use and injecting drug use decreased
Drug use among adolescents decreased for several years following decriminalization, but has since risen to around 2003 levels
Rates of continuation of drug use (i.e. the proportion of the population that have ever used an illicit drug and continue to do so) have decreased

These statistics are indicative of two very significant outcomes of decriminalization. First, punitive laws do little if anything, to discourage drug use or possession. And second, drug use generally follows broader societal trends and is not affected one way or the other, by the degree of punishment in place for partaking. The health issue, again the reason for Portugal’s foray into experimental waters, has had dramatic improvements as well. From 2001 – 2012, among intravenous drug users, the number of newly diagnosed HIV cases fell sharply, from 1,016 to just 56, new AIDS cases fell from 568 to 38, and even though more people sought treatment for hepatitis B and C, the rate of decline in new cases followed the same trend. Simply stated, despite the controversy surrounding decriminalization, it works. With these results, you might be asking, what controversy could there be? It’s simple. And it’s a tactic employed with such frequency, most people don’t even realize when it happens . . . propaganda through manipulation of statistics.

Portugal’s decriminalized drug law has been met with abrasive and vocal criticism, but the nay – sayers base their arguments on figures which have been pulled from context, and in some cases, on assumptions with no basis in reality. Take the following: a widely cited figure claims that the rate of drug – related homicide increased by 40% between 2001 and 2006, yet in actuality, that increase covered all homicide, defined as any ‘intentional killing of a person, including murder, manslaughter, euthanasia and infanticide’, and there were no statistics gathered to distinguish drug – related from non – drug – related homicides. In fact, Portugal’s homicide rate has since returned to around 2002 levels. Crime has also been said to have gone up, where figures simply do not bear this out. Not even accounting for the obvious lessening from removing the criminality of drugs, those who committed crimes under the influence of drugs or to fund their habit, were more than halved in the prison population, from 44% in 1999, to just 21% in 2012. Drug – related crimes fell sharply, from 14,000 in the year 2000, to an average of 5,000 to 5,500 per year after decriminalization. And finally, the biggest red herring is the claim that drug – related deaths have skyrocketed. This couldn’t be further from the truth, and though detractors do cite figures, they fail to use internationally accepted measures to do so, where for a death to be due to drugs, there must be a clinical assessment of that death, not simply a toxicological report which may show a trace of illicit drugs in a person’s system at the time of their death. And according to the accepted measure, deaths due to drugs fell dramatically, from 80 in 2001 to just 16 in 2012.

If the goal of the war on drugs is to curb use and addiction, then punitive measures, which stigmatize the entire issue, mark people as criminals for life when their crimes are non – violent, bottleneck the court system, cost taxpayers tens of billions a year, and have literally been the catalyst for the militarization of the police, then it’s entirely reasonable to say we’ve lost. This is not working, and it is an exercise in futility to continue looking at this problem as one that can be punished away. A systemic change must occur, and with a solid base of open, frank, and thorough education coupled with accessible, affordable (better yet, free), and non – stigmatized rehabilitation, it can certainly be accomplished. However, considering how much profit is generated from the prison – industrial complex, the reason the DEA scoffs at Portugal’s radical jump to decriminalization is the same reason for its success: it works.