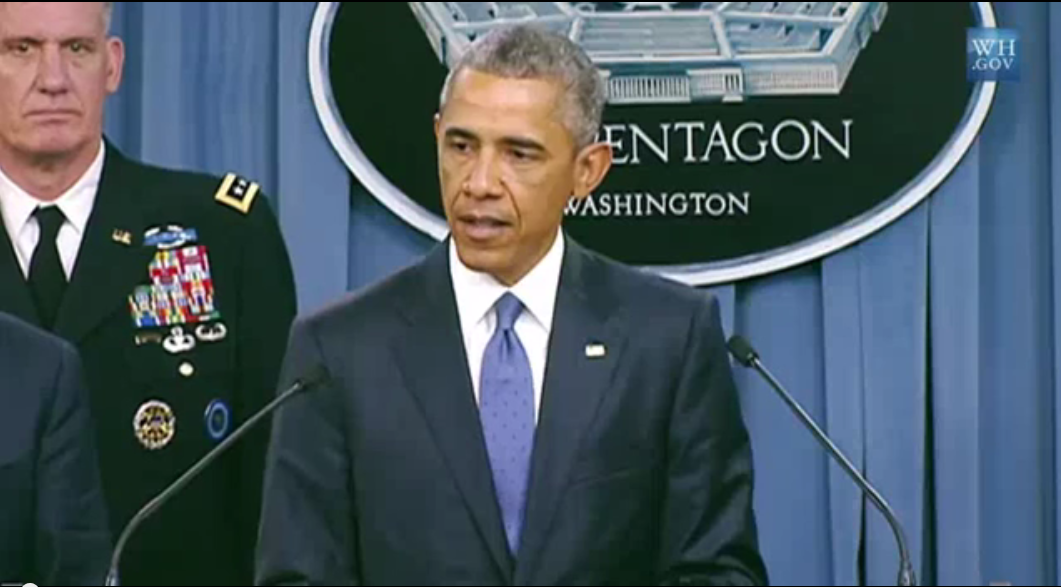 So, Obama actually told the truth on camera during a press briefing!

During his speech, Obama says,

“with the additional steps I ordered last month, we’re speeding up training of ISIL forces.”

This was a blatant error on Obomber‘s part, the White House transcript would then be edited by following the word “ISIL”; with “Iraqi” in between brackets to correct the President’s mistake.

In reality, the true origin of ISIS is a well-thought out and methodical plan being conducted by those who say we should fear ISIS in the first place.

This odd incident therefore harbors tremendous amounts of irony, as Luke Rudkowski has been covering this topic several years and has proven that the US (and other nations) are intentionally nurturing ISIS to its prime state. ISIS is being used as a tool of domination and propaganda, of course since you are reading this you must already understand this to a certain degree.

If you are new to this information, I encourage you to approach it with an open mind and review all of the information provided before establishing a loaded opinion on the subject. Learning about the true nature of how ISIS plays a part in the geopolitical chessboard is vital at this point. This is because it’s the perfect demonstration of the microcosm reflecting an aspect of the macrocosm. I also consider the point that Obama ushered in some truth unintentionally very telling in itself.

Thanks for reading, leave your opinions on this story in the section!

[Learn about the true origin of ISIS from the videos below]