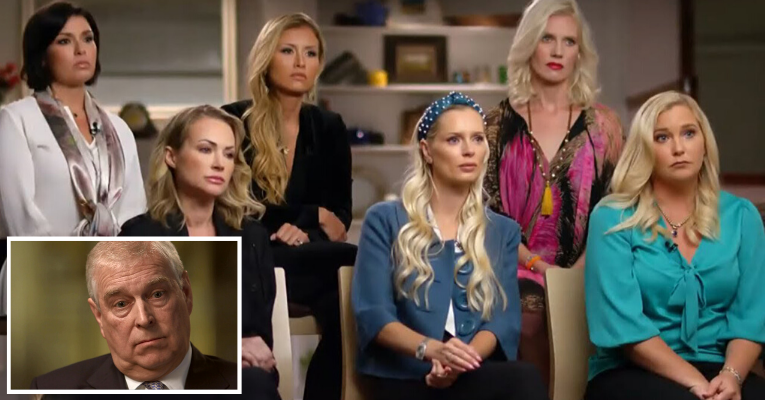 Five of Jeffrey Epstein’s accusers have said that the Duke of York was witness to the act of girls giving massages to adults at his various properties.

And now, the accusers’ lawyer plans to serve subpoenas to Prince Andrew to testify as a witness in their cases.

While the prince contends he didn’t witness or even suspect any activities for which Epstein has either been convicted or accused, the lawyer for the five women, David Boies, says the Duke of York may have important information related to their cases.

“One of the things that we have tried is to interview Prince Andrew and to try to get what his explanation is. He was a frequent visitor. They ought to submit to an interview. They ought to talk about it.”

The subpoenas have been prepared but must be signed off by a judge after the prince sets foot on U.S. soil. He can then challenge the subpoenas in order to avoid providing evidence if he wishes.

Spencer Kuvin, a lawyer who represents many of Epstein’s alleged victims and once questioned the billionaire a decade ago, has urged the prince to come forward, saying on BBC Radio 4’s Today:

“Be a man, stand up for what you believe and what you’re saying is the truth and come forward.”

While Kuvin isn’t planning to serve the prince a subpoena, he is urging the Duke to “step forward” if he “truly wants to help these victims.”

However, it appears helping, or even acknowledging his former friend’s victims is far from the forefront of Andrew’s mind.

Since Epstein’s alleged suicide in a Manhattan correctional facility, attention has slowly shifted to the billionaire’s friends and potential accomplices. The reason for the recent spotlight on Prince Andrew can be traced back to vocal Epstein accuser Virginia Giuffre, formerly Roberts, who claims she was forced to have sex with the Duke three times. And in a 2011 testimony, Giuffre insisted the prince “knows the truth” about Epstein.

During a recent interview for 60 Minutes Australia that took her to the steps of Epstein’s $56 million Manhattan mansion, Giuffre, who now lives in Australia, insisted Prince Andrew “should go to jail.” Giuffre says that she “was trafficked to other billionaires” and “to other politicians,” including the prince.

In that same interview, Giuffre held up the notorious photograph of Prince Andrew and herself (at the age of 17) together at Ghislaine Maxwell’s residence, saying “this is a real photo.” The prince continues to deny the authenticity of the photograph that was first published in 2011.

In a television interview in November, affectionately referred to as a “car-crash interview” that likely had the exact opposite effect the royal family was hoping for, the Duke frequently went on the offensive, showed multiple telltale signs of lying, and neglected to vocalize any remorse for the heinous acts his friend allegedly engaged in or offer any sympathy to his numerous accusers.

Giuffre was also recently interviewed by the BCC and stands by her accusations.

Earlier this week Giuffre tweeted a Dropbox link to the interview, which has not yet been released by the network in full.

Here’s the link to watch the BBC Panorama as I have had a lot of feedback asking to watch it. Again a million thank you’s to all of the people who have been supportive to the change that needs to happen. ? https://t.co/DdJ9VjpeYw

Lisa Bloom, another lawyer representing a handful of Epstein’s accusers, told ITV’s This Morning on Tuesday that she has a witness who reportedly “saw Prince Andrew with Virginia” at Tramp nightclub the same night that Giuffre said the pair first had sex.

The witness, who claims she was “feet away” from the pair on the dance floor, was reportedly inspired to come forward after watching Andrew’s disastrous interview.

“She says that in 2001 she was at the Tramp nightclub and recalls seeing Prince Andrew. It was pointed out to her by a member of her group.

The woman remembers it vividly. She had never seen a royal before or since. It was a very big moment for her—she stared at him.

She says he was with Virginia—who looked very young and not happy—but Andrew was smiling and seemed to be very much enjoying himself on the dance floor.

She remembered it all these years and when she saw Prince Andrew on television a few weeks ago denying he knew Virginia, she was very displeased about that.

We decided the best thing to do is to go to the FBI and Scotland Yard. I believe her to be credible.

She is not asking for any money or making a legal claim—she just wants to tell her story.

“She is very afraid but thinks speaking out is very important.”