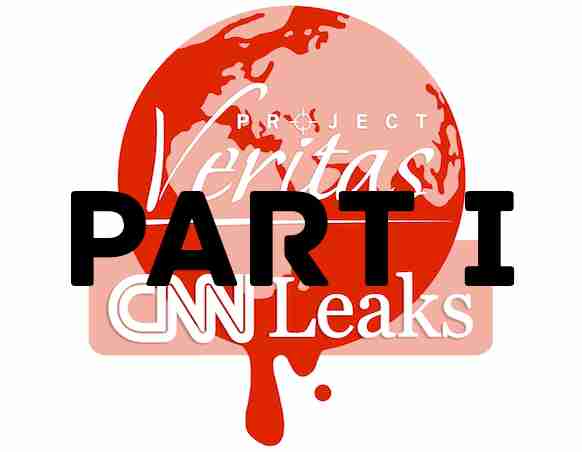 James O’Keefe has delivered his promise releasing the first batch of hundreds of hours of leaked CNN footage in Wikileaks style.

The website is also down at the moment probably from the influx of people trying to download the information.

The audio was obtained at CNN’s Atlanta headquarters in 2009.

O’Keefe noted that since the announcement of the release they have had two whistleblowers come forward.

“Project Veritas is determined to expose malfeasance, corruption and wrongdoing,” said Project Veritas founder and president James O’Keefe. “We want to become a destination where citizen journalists can come forward, work with us and make a real impact. That’s why today, we’re announcing a $10,000 award for anyone that comes forward with legally obtained materials exposing media malfeasance.  If you have hidden audio recordings, video tapes or documents inside of a news room or media institution–and the material is good enough–I will pay you $10,000.”

This is getting juicy grab your popcorn this is going to be a wild ride.

Project Veritas released 119 hours of raw audio in a WikiLeaks style dump, with over 100 more hours still yet to be released. The audio was secretly recorded in 2009 by an anonymous source inside CNN’s Atlanta headquarters who we are identifying as Miss X. The tapes contain soundbites from current and previous CNN employees Joe Sterling, Arthur Brice, and Nicky Robertson, as well as numerous others. Project Veritas is also offering a $10,000 award for content that exposes media malfeasance.

Miss X: “I read a CNN poll that was taken on June 26 and 28th, and I know that the hearing for the case, the fire fighters case was on the 29th, so the poll was done right before it, and those are still the poll results we’re reporting, so I asked someone in DC who does the poll results about why we hadn’t updated it, and said there were a few newer polls from last week and the week before and there’s CBS news polls and a Rasmussen poll, and he said we don’t use Rasmussen, and I said does CNN plan to do another poll if we’re only using that. He said we’re not going to be doing another poll, those are the results we’ll be using. So I don’t see how that’s reporting all sides because that poll said hold for release until Friday the 10th.”

Arthur Brice: “Who did you talk with?”

Arthur Brice: “Yeah, he’s your director. Yeah, he’s pretty high up in the food chain. I agree. I think it’s dishonest to use outdated information if new information shows something that is in variance with what you’re reporting. It’s just, it’s dishonest.”

Miss X: “This wasn’t released until two weeks after. So can we say a newly released poll?”

Miss X: “But it says newly released on Friday.”

Richard Griffiths, who is now CNN’s Vice President and Senior Editorial Director, was caught explaining that the role of a journalist is to “aid the afflicted and afflict the comfortable.”

“Tell a story. Tell what’s going on. There’s a secondary corollary to that, right? Aid the afflicted and afflict the comfortable. To a degree, right? Is that not part of the traditional role of a journalist. It’s actually one of the things I can be most proud of as a journalist. You know we try to show the ugly side of humanity so we can do something about it. It’s hard, very hard.”

“Fox News, I think Fox News is unbearable. It’s horrible,” said Nicky Robertson, who was at that time the CNN Assignment Desk Editor.

Joe Sterling, who was then the News desk editor for CNN’s online venue ‘The Wire’ was also recorded speaking profound liberal bias.

“That issue, climate change, I mean science is pretty much on board and there are a few dissenters.  There’s no debate.  It’s like you know, born-agains saying there’s a debate over, you know creationism, and all that stuff.  There is no debate.”