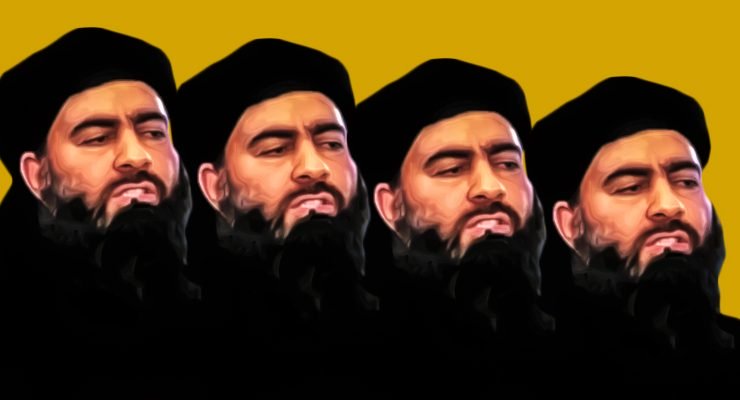 Russia’s Ministry of Defense this week said it had not seen any credible evidence that Abu Bakr al-Baghdadi, the leader of the Islamic State (IS) terror group, had been killed in northern Syria last weekend, allegedly in a daring US military operation.

US President Donald Trump boasted last Sunday that American Special Forces raided a base in Idlib Province, which purportedly led to al-Baghdadi’s death from a suicide explosion. The Pentagon said six other people were killed in the operation. In addition, two of al-Baghdadi’s children were killed when the IS leader blew himself up as American troops were closing in, according to Trump’s own dramatic telling of the event.

Curiously, Trump gave prominent thanks to Russia for its help in the logistics of carrying out the attack.

However, Russian MOD spokesman Major General Igor Konashenkov has subsequently stated that Russia was not involved in the raid, as Trump had claimed. He said that Russian flight data indicated that there were no US air strikes in the vicinity of the declared raid. The spokesman went further and remarked that there were no doubts as to whether the assassination mission even took place in the way that Washington is publicly claiming.

Another anomaly in the official US account is that the base where al-Baghdadi was purportedly hiding out is in a location known to be a stronghold for another al-Qaeda affiliate that is a sworn enemy of their perceived rival jihadists belonging to IS. Why and how then was the IS leader able to maintain a base surrounded by enemy jihadists?

According to the New York Times, it is claimed that al-Baghdadi paid $67,000 to the rival terror group, Hurras al-Din, for protection. Somehow that sounds a dubious explanation.

A glaring omission in US media coverage of the alleged killing of al-Baghdadi is the historical background as to who he was and how his former so-called caliphate came into being straddling Iraq and Syria.

There is copious evidence that Iraqi-born al-Baghdadi was recruited by American intelligence while imprisoned during the US war on Iraq in the mid- to late-2000s. He was held in the notorious Abu Ghraib US-run torture prison, but subsequently was released by the Americans despite his known jihadist past. It was around 2012 that the Obama administration was covertly mobilizing and weaponizing jihadi assets to carry out its clandestine war for regime change against the Syrian government. It is believed that al-Baghdadi was a key CIA asset for the US dirty war in Syria, even though Washington was proclaiming its involvement in Syria was to “defeat IS” and other terror groups.

It is entirely plausible that US intelligence assets are “terminated” whenever it is politically convenient and when it is calculated that their usefulness has expired.

Trump and the mainstream US media depiction of a spectacular success in exterminating a feared terror chief is almost certainly a distortion of reality and events.

The way Trump in particular has crowed about the purported operation suggests he is seeking a boost to his re-election chances next year. The thuggish rhetoric of killing the IS leader “like a dog” smacks of Trump trying to project an image of a tough president.

More generally, the event has afforded US media to proclaim the virtue of American military power in apparently bringing a notorious renegade “to justice”.

The timing could not be more important. The nearly eight-year war in Syria has exposed the criminality of Washington and its NATO partners for fueling carnage. By contrast, the Syrian government and its Russian and Iranian allies have been vindicated in their long-held claims that a criminal US-backed aggression using terrorist proxies has been thwarted.

When Trump abandoned the Kurdish militants last month, the move was condemned for throwing Syria into further turmoil. It was Russia’s deft diplomacy which managed to contain the situation. At that point, Washington’s international credibility was scraping the barrel of duplicity and malign responsibility for conflict and chaos in Syria.

Hence, a sensational operation resembling “a movie” – as Trump put it – was a timely public relations remedy for Washington’s badly tarnished image. Ostensibly, “taking out” a terrorist leader gives the US the means to renew its propaganda narrative that it is “fighting against terrorism” rather than the reality of using terrorism for its regime-change wars and other imperialist objectives.

Was Abu Bakr al-Baghdadi killed last weekend? It is not the first time his “death” has been reported by US forces who have made similar claims in past years. There are too many questions and discrepancies to take Washington’s version of events as accurate. More plausibly, it was a carefully contrived propaganda stunt to burnish Washington’s disgraced image.

One thing for sure, however, is that the US will continue to use terror proxies and assets into the future in order to achieve its pernicious geopolitical aims. There are plenty more “al-Baghdadis” to be cultivated and orchestrated by Washington as it sows chaos and destruction in the Middle East and beyond for its selfish interests.

Republished from Strategic-Culture.org with permission