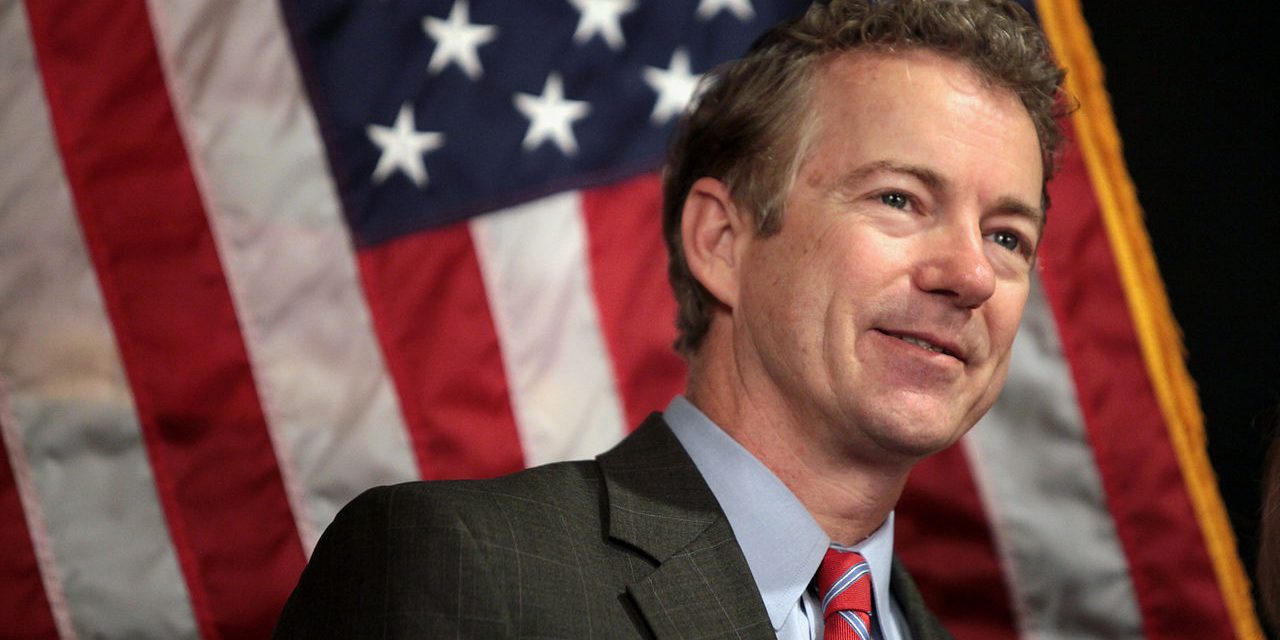 Senator Rand Paul made a valiant effort to seize a copy of the House GOP’s Obamacare replacement bill from a room in the Capitol on Thursday, where it is being kept under lock and key, hidden away from even their own party’s lawmakers.

The bill is currently stored in a locked room in the Capitol, only available to members of the House Energy and Commerce committee. In response to an early version of the bill being leaked to the press, no one is allowed to remove a copy from the reading room. Party leaders claim that a copy will be made available after it has been finalized.

I have been told that the House Obamacare bill is under lock & key, in a secure location, & not available for me or the public to view.

“This is unacceptable. This is the biggest issue before Congress and the American people right now,” Paul tweeted Thursday morning.

I am heading to the secure location where they are keeping the House obamacare bill. I will demand a copy for the American people.

The Kentucky Senator, determined to make the information public, then stormed his way into the reading room, showing up at the door with his own photocopier and demanding that he be allowed to make a copy.

“I said I liked to get a copy and they said no go. She wouldn’t tell us anything really,” Paul told reporters after his thwarted attempt. “Even if I were allowed to look at it, which it didn’t look like I was, how is that democracy?”

.@RandPaul outside the "secret office for the secret bill." pic.twitter.com/fY8BAVqwvd

Paul asserted his belief that the healthcare-replacement document is being kept secret because it is “Obamacare-lite,” and not a full-scale repeal that conservatives have been hoping for.

“Renaming and keeping parts of Obamacare, new entitlements and extending medicaid expansion are not the #FullRepeal we promised,” he tweeted.

The Senator has vowed to fight for a full repeal-and-replace plan promised by President Donald Trump, but will not fight for less. He has also asserted that he has been told that the draft of the bill will be “take it or leave it.”

When asked if Paul had any additional plans to “free the documents for the American people,” Stafford told Sputnik News to “stay tuned.”

Democratic Representative Paul Tonko, a committee member, also stated that he was turned away from reading the bill, and was told that it is not yet available.