The U.S. Warms Up To Trump: 3 In 4 Americans Approve Of Trump Address 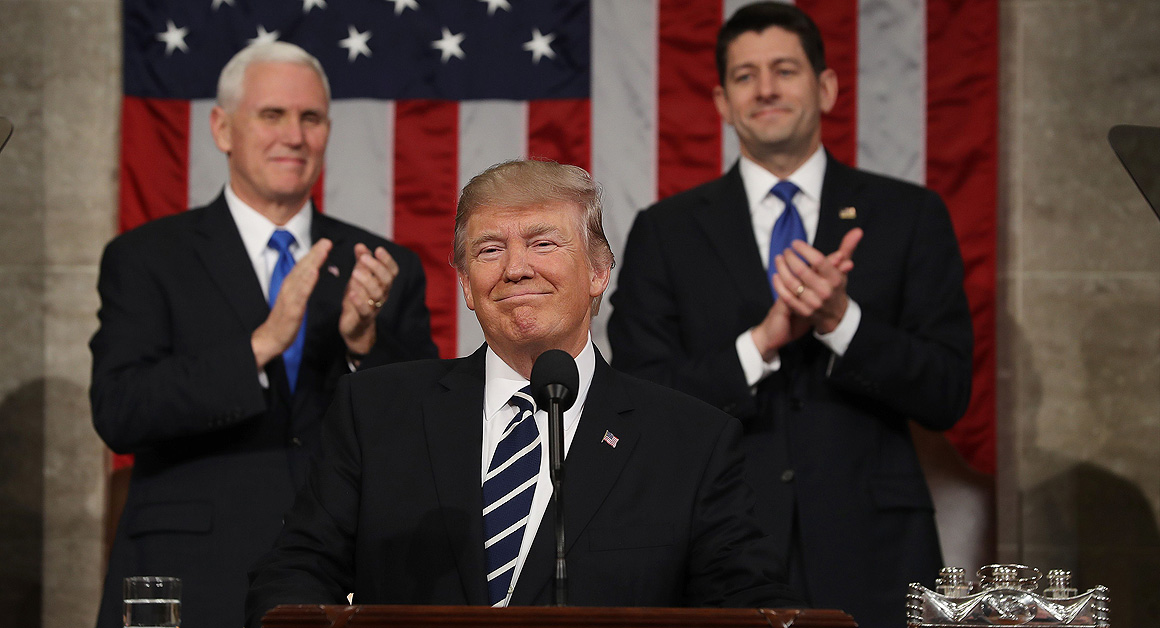 In a new poll from CNN/ORC, more than 75% of Americans reacted positively to Trump’s Tuesday night “Presidential” address to Congress.  Among those who watched the speech, 57% said they had a “very positive” response, while another 21% described their reaction as “somewhat positive.”

President Donald Trump’s first address to Congress received largely positive reviews from viewers, with 57% who tuned in saying they had a very positive reaction to the speech, according to a new CNN/ORC poll of speech-watchers.

Nearly 7-in-10 who watched said the President’s proposed policies would move the country in the right direction and almost two-thirds said the president has the right priorities for the country. Overall, about 7-in-10 said the speech made them feel more optimistic about the direction of the country.

Ideologically, about two-thirds saw Trump’s speech as about right, while roughly on-quarter (26%) pegged it as too conservative. Just 8% said it wasn’t conservative enough. 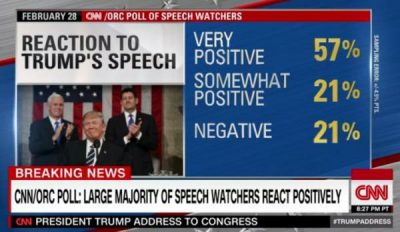 On the issues, CNN says that Trump scored the highest ratings on the economy and terrorism. 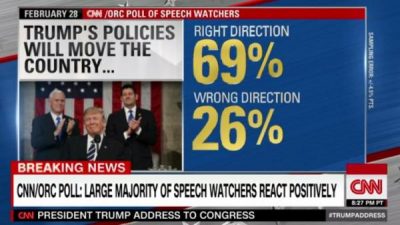 And, of course, Sean Spicer quickly shared the poll from “fake news” CNN via Twitter.

Meanwhile, in a shocking first for the king of Democrat “oversamples”, CNN said their poll included 509 Americans who watched Trump’s speech, including an 8-point sampling advantage for Republicans.