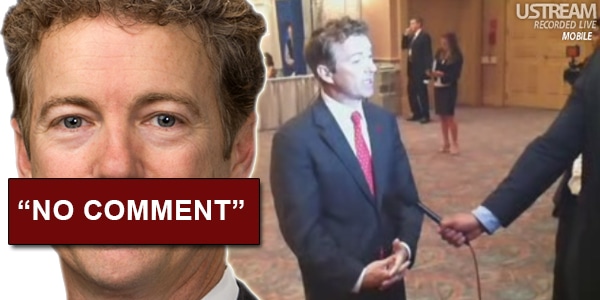 This only confirms how far Rand Paul has come. Earlier, we released  this never before seen interview of Rand Paul in 2010 on the campaign trail right before becoming U.S Senator.  It’s pretty amazing seeing Rand Paul make such statements against the Bilderberg Group and Goldman Sachs but yet still endorse a Goldman Sachs flip flopping Bilderberg puppet and now refuse comment on the subject.