The re-love-lution will not be YouTube’d 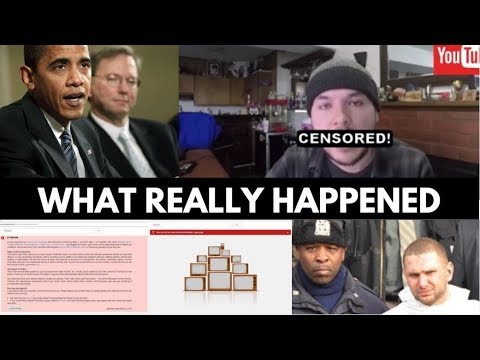 In this video, Luke Rudkowski of WeAreChange gives you the latest breaking news on the silencing of voices online. We go into great detail regarding Eric Schmidt, Google and the start of the fake news trend. We talk about Sharyl Attkisson, troll farms, propaganda, alternatives to social media plus a lot more.

Every headline on the internet pic.twitter.com/v3YqSSk08E

I personally beleive that the oligarchs and plutacrats have made things cheaper that would pacify the increasingly impoverished US middle class, while gouging the price of everything that is actually important.

Was this delieverate or accidential? what do you think? pic.twitter.com/eE6Hc5pGFa

BREAKING: Broward County Sheriff Told Arriving Deputies NOT TO ENTER The School Unless They Had Body Cameras On—The Deputies Were Not Equipped With BodyCams – Fox News Report pic.twitter.com/gORIIq9LC8

PARKLAND FIRST RESPONDER: I WAS TOLD TO STAND DOWN…

.@TeamYouTube why was I just issued a 'community guidelines strike' for a 3-year-old video which is entirely factual about the police officers in the Freddy Gray case in Baltimore being found NOT GUILTY of any wrongdoing? This is absurd.

Has youtube been doing bot purges recently or I'm being messed with?
I've been hit hard like this all month with no changes at all to my content or message? pic.twitter.com/er9LpWmV5Y

I find it scary that Youtube is taking down conspiracy videos.

The problem is tough. Fake news is really bad but should people have a right to freely express themselves even if they are wrong?

What if Youtube decides a news report is a conspiracy but it turns out to be true?

Stop pretending mass media conglomerates work for you. They work for those in power. This should be obvious to us.