Rest In peace to Muhammad Ali 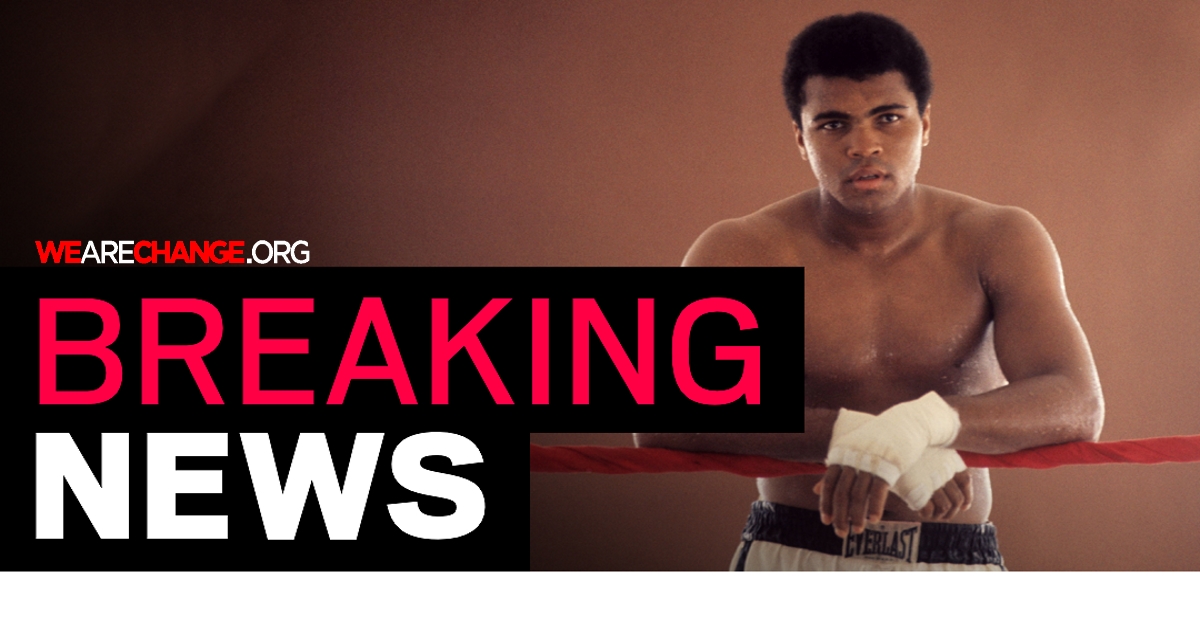 Muhammad Ali’s Health ‘Rapidly Deteriorating!’ His Condition is “Very Grave”, “Death Could Be Just ‘Hours’ Away” is now “Barely Breathing“ !

Headlines are Being Written Across the Globe Tonight As One of History’s Greatest Boxers, Activist, & Athletes Faces Mortality.

‘Even if he survives this, he could be left in a vegetative state.’ Reuters?

Former world heavy weight boxing champion, Muhammad Ali is currently on life support as press claims the ‘end is near’  and his family is ‘preparing for the worst‘.

Legendary boxer Muhammad Ali is reportedly on life support at a Phoenix area hospital Friday after being hospitalized for respiratory issues that are complicated by Parkinson’s.

A source close to the family told Reuters that the 74-year-old boxing great is in “grave” condition and “it’s only a matter of hours.”

A spokesman for Ali said in a statement earlier Thursday that the former heavyweight champion is being treated at an unidentified hospital for a respiratory issue.

“I can’t really say much more than what’s in the papers,” said Dr. Abraham Lieberman of the Barrow Neurological Institute in Phoenix.

Ali has been hospitalized several times in recent years, most recently in early 2015 when he was treated for a severe urinary tract infection initially diagnosed as pneumonia.

Ali has looked increasingly frail in public appearances, including April 9 when he wore sunglasses and was hunched over at the annual Celebrity Fight Night dinner in Phoenix, which raises funds for treatment of Parkinson’s.

His last formal public appearance before that was in October when he appeared at the Sports Illustrated Tribute to Muhammad Ali at The Muhammad Ali Center in his hometown of Louisville, Kentucky, along with former opponents George Foreman and Larry Holmes.

Ali has suffered from Parkinson’s for three decades, most famously trembling badly while lighting the Olympic torch in 1996 in Atlanta. Despite the disease he kept up a busy appearance schedule until recently, though he has not spoken in public for years.

Doctors say the Parkinson’s likely was caused by the thousands of punches Ali took during a career in which he traveled the world for big fights.

An iconic figure who at one point was perhaps the most recognized person in the world, Ali has lived quietly in the Phoenix area with his fourth wife, Lonnie, whom he married in 1986.

News of his hospitalization brought well wishes from boxers and others on Twitter, including Sugar Ray Leonard, who modeled his career after Ali’s.

“Prayers & blessings to my idol, my friend, & without question, the Greatest of All Time @Muhammad Ali ! #GOAT,” Leonard wrote.

Thank you to The Associated Press who contributed this report.

Danny F. Quest is a official 9/11 Truther, anti-war activist, humanitarian, Blogger, and writer/contributer  for WeareChange.org  Follow him on Social Media –