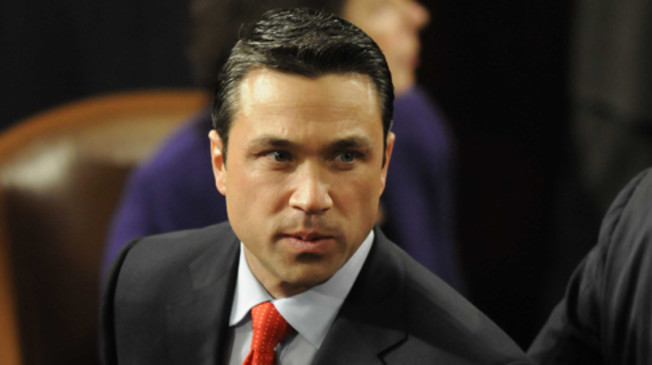 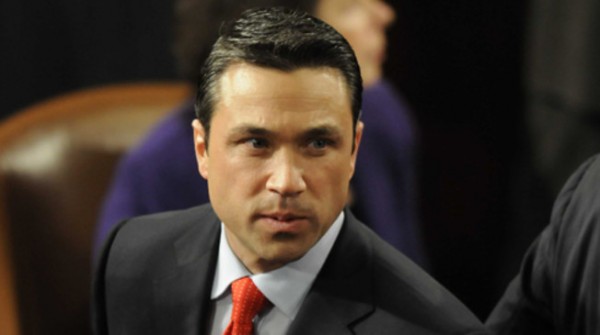 Rep. Michael Grimm (R-NY) “physically” threatened a reporter for NY1 News after the reporter began to question the congressman about a federal investigation into his campaign contributions, according to the station.

“I’m not talking about anything that’s off topic. This is only about the President’s speech,” Grimm said to the reporter in the Capitol as he began to ask the congressman about allegations that a fundraiser illegally funneled money to Grimm’s campaign.

Grimm walked away from reporter. After the reporter said on camera that Grimm refused to talk about the charges, Grimm can be seen walking back into view, moving physically close to the reporter.

Most of the scene takes place off camera, and the dialogue is mostly inaudible.

According to NY1 political director Bob Hardt, Grimm told the reporter, “I will break you in half.” 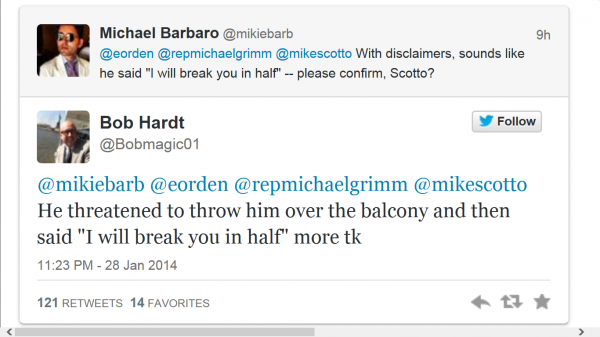