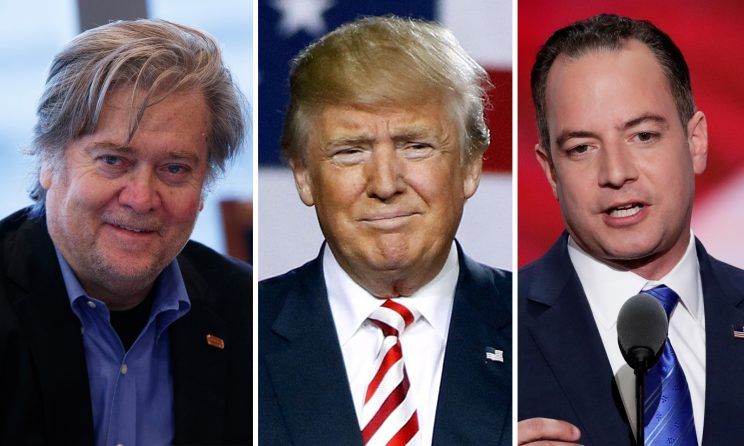 President Donald Trump is considering another shake-up in his administration. This time he is debating on replacing his White House Chief of Staff, Reince Preibus and his chief strategist Steve Bannon according to Axios.

The leak originated from an alleged top aide of Donald Trump.

“Things are happening, but it’s very unclear the president’s willing to pull that trigger,” the aide said.

“The tension, the exhaustion, the raw nerves have gotten much harder to disguise.”

Earlier this week, Trump removed his chief strategist Bannon from his National Security Council in a move that sent shockwaves erupting criticism from a handful of lawmakers and security experts.

Will Trump – who’s known for his show the Apprentice – fire his core staff and rearrange his cabinet? Let us know what you think in the comment section below.