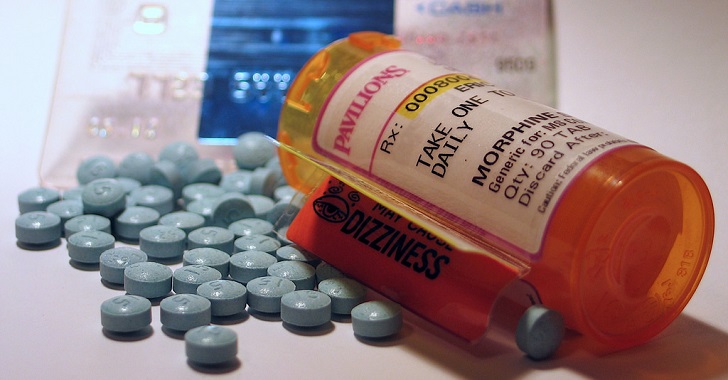 Article via The Anti-Media by James Holbrooks

As Attorney General Jeff Sessions continues to lament what he views as a blight on society, a new study is showing that states with medical marijuana programs are seeing drastic reductions in opioid-related hospitalizations and overdoses.

From a Reuters article published Tuesday:

“In states that legalized medical marijuana, U.S. hospitals failed to see a predicted influx of pot smokers, but in an unexpected twist, they treated far fewer opioid users, a new study shows.

The study, published in Drug and Alcohol Dependence, was authored by Yuyan Shi, a public health professor at the University of California in San Diego. According to Reuters, Shi’s study is the fifth in recent years to demonstrate declines in opioid dependence in states where medical weed is legal.

Intrigued by the data, Dr. Esther Choo, an emergency medicine professor at Oregon Health and Science University, spoke to Reuters via email.

“It is becoming increasingly clear that battling the opioid epidemic will require a multi-pronged approach and a good deal of creativity,” Choo, who was not involved in the study, said. “Could increased liberalization of marijuana be part of the solution? It seems plausible.”

One 2014 study showed opioid deaths dropped an average of 25 percent in states where medical marijuana is permitted, and data released just a month ago suggests that given the choice, many patients prefer weed over opioids as a painkiller.

The news of this latest study comes as a congressional committee announced it is opening an investigation into the pharmaceutical manufacturers of the nation’s five top-selling opioid products.

According to a statement released by the Homeland Security and Governmental Affairs committee, the investigation — to be headed by Senator Claire McCaskill (D) — will explore whether pharmaceutical corporations “have contributed to opioid over-utilization and overprescription.”

The investigation will purportedly be a “wide-ranging” one and will also include the marketing side of the industry. A recent report from the Associated Press, for instance, found makers of opioid painkillers outspend the gun lobby on campaign contributions and lobbying by a ratio of eight to one.

“All of this didn’t happen overnight,” McCaskill said of the opioid epidemic sweeping the United States. “[I]t happened one prescription and marketing program at a time.”

However, neither the mounting evidence of the medicinal uses for marijuana — nor calls from those within Trump’s own government to look into the true causes of the opioid epidemic — have seemed to sway the president’s top cop. Just last week, Jeff Sessions doubled down on his stance that marijuana is nothing short of a danger to society.

“I am astonished to hear people suggest that we can solve our heroin crisis by legalizing marijuana,” he said, “so people can trade one life-wrecking dependency for another.”