Ron Paul: The Afghanistan War is the Crime of the Century 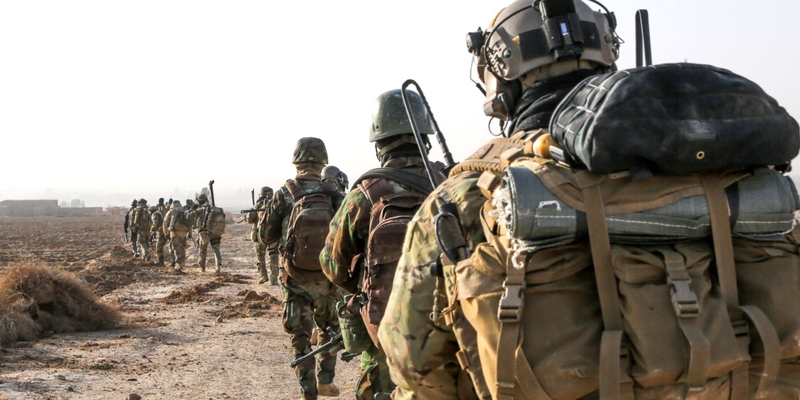 “We were devoid of a fundamental understanding of Afghanistan. We didn’t know what we were doing.” So said Gen. Douglas Lute, who oversaw the US war on Afghanistan under Presidents Bush and Obama. Eighteen years into the longest war in US history, we are finally finding out, thanks to thousands of pages of classified interviews on the war published by the Washington Post last week, that General Lute’s cluelessness was shared by virtually everyone involved in the war.

What we learned in what is rightly being called the “Pentagon Papers” of our time, is that hundreds of US Administration officials – including three US Presidents – knowingly lied to the American people about the Afghanistan war for years. This wasn’t just a matter of omitting some unflattering facts. This was about bald-faced lying about a war they knew was a disaster from almost day one.

Remember President Bush’s Defense Secretary Donald Rumsfeld? Remember how supremely confident he was at those press conferences, acting like the master of the universe? Here’s what he told the Pentagon’s special inspector general who compiled these thousands of interviews on Afghanistan: “I have no visibility into who the bad guys are.”

It is not only members of the Bush, Obama, and Trump Administrations who are guilty of this massive fraud. Falsely selling the Afghanistan war as a great success was a bipartisan activity on Capitol Hill. In the dozens of hearings I attended in the House International Relations Committee, I do not recall a single “expert” witness called who told us the truth. Instead, both Republican and Democrat-controlled Congresses called a steady stream of neocon war cheerleaders to lie to us about how wonderfully the war was going. Victory was just around the corner, they all promised. Just a few more massive appropriations and we’d be celebrating the end of the war.

Congress and especially Congressional leadership of both parties are all as guilty as the three lying Administrations. They were part of the big lie, falsely presenting to the American people as “expert” witnesses only those bought-and-paid-for Beltway neocon think tankers.

What is even more shocking than the release of this “smoking gun” evidence that the US government wasted two trillion dollars and killed more than three thousand Americans and more than 150,000 Afghans while lying through its teeth about the war is that you could hear a pin drop in the mainstream media about it. Aside from the initial publication in the Washington Post, which has itself been a major cheerleader for the war in Afghanistan, the mainstream media has shown literally no interest in what should be the story of the century.

We’ve wasted at least half a year on the Donald Trump impeachment charade – a conviction desperately in search of a crime. Meanwhile one of the greatest crimes in US history will go unpunished. Not one of the liars in the “Afghanistan Papers” will ever be brought to justice for their crimes. None of the three presidents involved will be brought to trial for these actual high crimes. Rumsfeld and Lute and the others will never have to fear justice. Because both parties are in on it. There is no justice.

Just days after the “Afghanistan Papers” were published, only 48 Members of Congress voted against the massive military spending of the 2020 National Defense Authorization Act. They continue as if nothing happened. They will continue lying to us and ripping us off if we let them.

Republished from RonPaulInstitute.org with permission