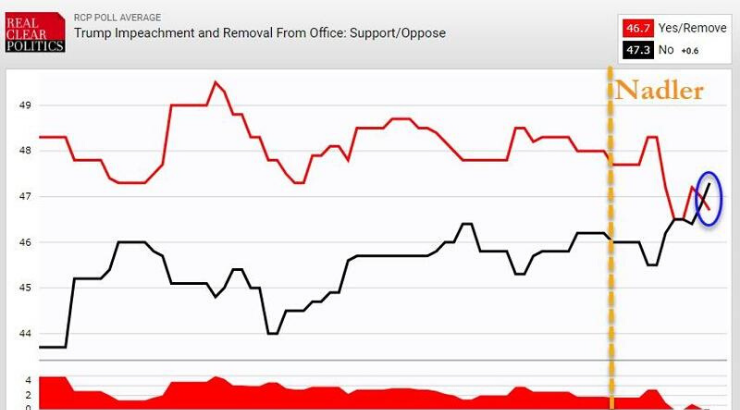 Just a day after Congressmen Schiff and Nadler insisted that the impeachment process was “not a failure,” despite us highlighting numerous indications that public interest and support was rapidly fading, we get confirmation from RealClearPolitics polling aggregates that more Americans now oppose a Trump impeachment than support it… 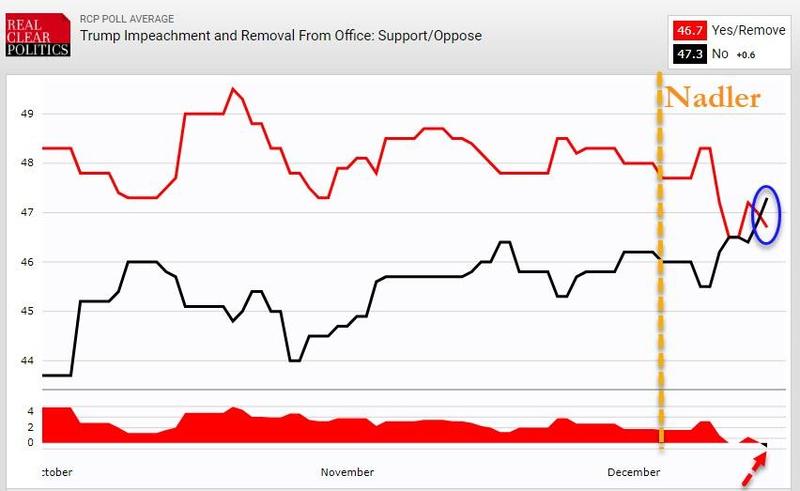 While the public’s support for impeachment peaked in October under Schiff’s direction, it did not collapse until Nadler took over the process in the House Judiciary Committee.

In fact, four of the last seven polls show public support has flipped to oppose impeachment as Democrats have ratcheted down their grievances from “quid pro quo” (didn’t poll well), to “bribery”, “extortion”, and now to “obstruction” with two of the polls showing an overall majority (51%) against impeachment.

While the mainstream media continues to press ahead with the narrative that ‘this matters’, America has officially moved on.

And judging by the response from attendees at this Democrats townhall (in a Trump-won distruct), DNC leadership may have grossly misjudged their 2020 strategy…

They do not sound happy.

Let this be a message for other Democrats in Trump won districts.@CongressmanJVD & @collinpeterson made the right choice. pic.twitter.com/pBve7HTvb6

And furthermore, as Frank Luntz points out, “as much as they attack it, the Trump campaign is counting on impeachment to boost turnout in 2020. ”

Interest in the 2020 election has increased on both sides, says pollster @FrankLuntz on the impact of impeachment hearings. "I believe we are going to have the highest turnout than at any point in the last 50 years." pic.twitter.com/ed6Sohj1eb