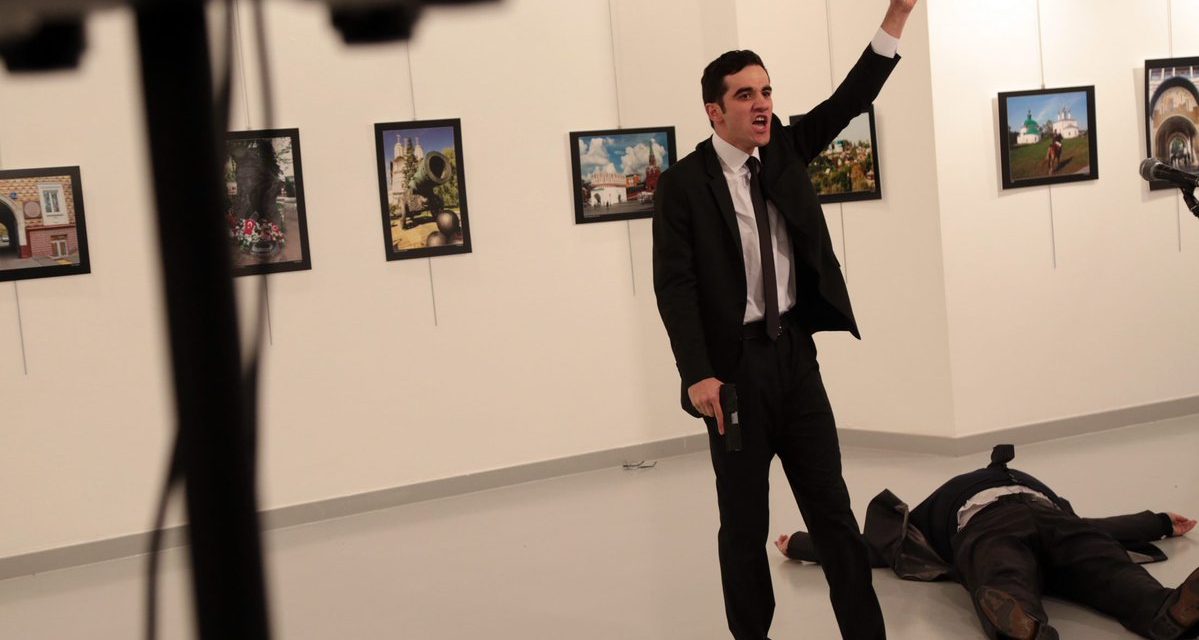 The Russian ambassador to Turkey Andrey Karlov was shot dead by a gunman screaming “Allahu Akbar” during a live broadcast. 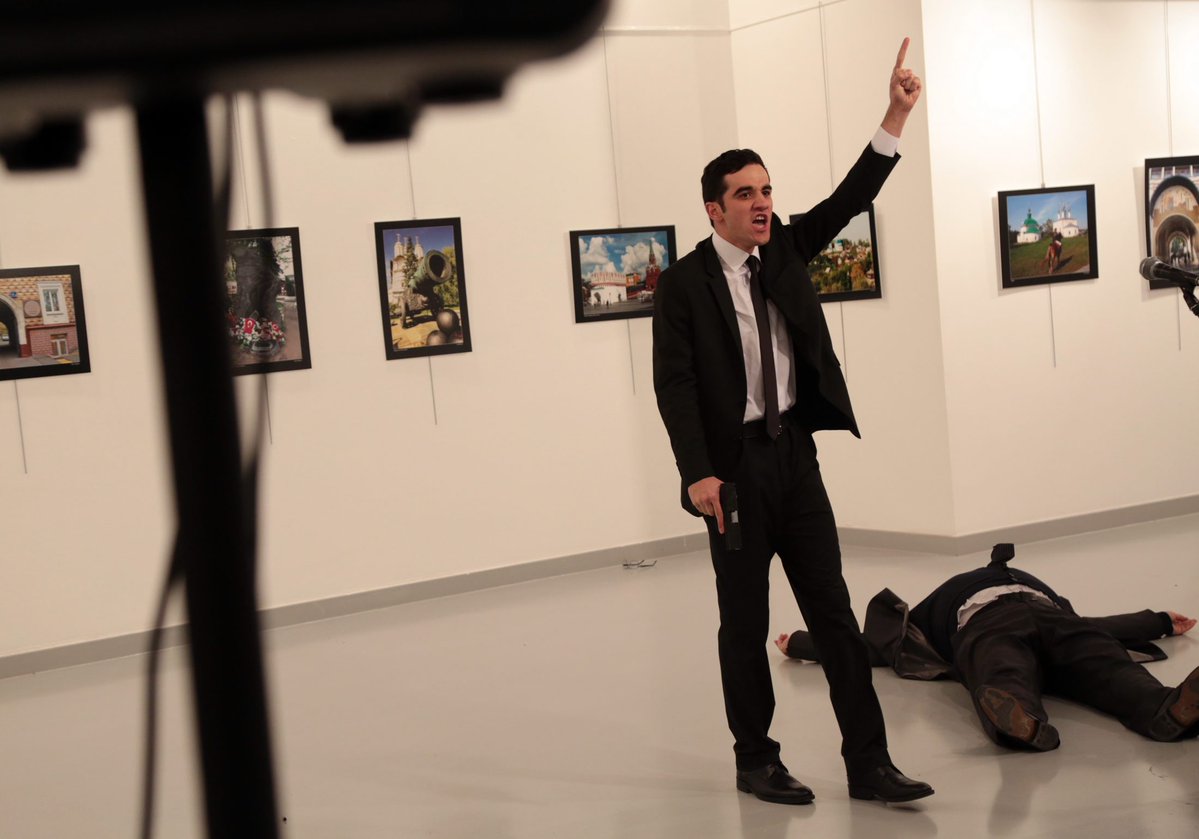 Two other people were injured.
Ambassador Karlov was about to deliver a speech on the opening of the exhibition “Russia in the eyes of Turks.”
Russia Today cited a Russian Foreign Ministry spokesperson as saying the gunman stormed into the art exhibit building.

It’s also reported that the attacker said several words in Russian, according to the news agency, and damaged several of the photos at the expo.

According to AP, the unknown man, was wearing a suit and a tie, and allegedly shouted “Allahu Akbar” or ‘God is great’ in Arabic during the attack.

“Only death can take me away from here. Whoever has a role in this cruelty, they will pay for it one by one. They will,”

The Hurriyet, a Turkish newspaper, has reported that Special Forces have surrounded the building and are actively searching for the gunman, while witnesses now say that the shooter and the ambassador are dead.

This incident is highly suspicious, coming only 24 hours before critical Turkish-Russian and Iranian talks on Syria – are we really to believe that this is a coincidence and the man was a lone crazed gunmen and this wasn’t a targeted attack?

Timing of this attack is tremendously suspicious – Only 24 hours before critical Turkish-Russian-Iranian talks on #Syria.#Russia #Turkey