One Question Nobody Is Asking: ‘What Exactly Has Trump Done For Putin?’ 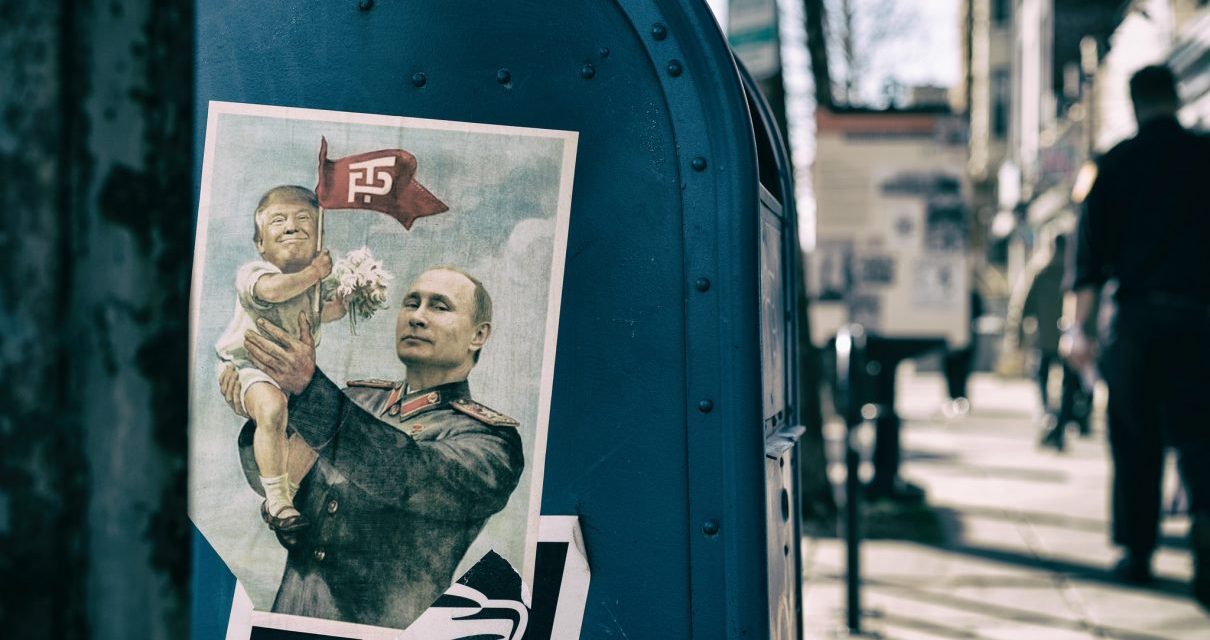 Here’s Why The Trump-Putin ‘Bromance’ Is A Farce.

As Jeff Sessions becomes the latest victim of the establishment witch hunt for Russian influence, the one question nobody seems to be asking is ‘what exactly has Trump done for Putin?’

Attorney General Jeff Sessions is the latest victim of the neo-Mcarthyism sweeping through Washington. The accusations leveled against him are that he lied during his confirmation hearing about having contact with Russian officials before Trump actually assumed the White House.

Unlike Michael Flynn, Sessions can’t be accused of his conversations being illegal since he was a sitting senator prior to becoming the nation’s top prosecutor. In response to this, Democrats have decided to instead try and hang him on charges of perjury.

All of this has proven to be excellent bait for the Democrats liberal base who is buying into the frenzy that, god forbid, the Trump team was trying to make peace with Russia. Yet no matter how many signs liberals make of Trump with the hammer and sickle or as a marionette propped up by Putin, they’ve failed to actually ask what putin could want from the US and if Trump is delivering any of it.

There are a few key areas that candidate Trump said he’d deliver that made the establishment in the US nervous. Yet now nobody seems to be discussing that Trump is continuing the same policies that brought Russian relations to this point in the first place. Let’s reflect on some of the key issues causing tension between the two nations.

The War in Syria

The first thing that riled up establishment politicians in the US was Trump’s talk on possibly changing their failed policy in Syria to one of non-intervention against Assad and cooperation with Russia against the Islamic State. Since his inauguration though, Trump has continued (or even accelerated) the policies that caused all the hostility with Russia over Syria to begin with.

After criticizing Hillary Clinton’s plans for no fly/safe zones in Syria as likely “to start world war three,” Trump has revived this idea. He’s even taken the neoliberal “humanitarian” mask off the plan by stating outright that these zones would be managed by the Sunni kingdoms in the Arabian peninsula, I.e. the countries who fund the actual jihadis Trump pledged to eliminate.

Another point of contention in Syria is the fact that, contrary to what candidate Trump said, the US seems to be contemplating ways to increase their role in the war. Trump’s plan for the safe zones also involved increasing the role of NATO ally – and country that pledged to topple Assad – Turkey. Turkey was also invited to increase their role in fighting jihadis in eastern Syria, despite not being invited in and primarily fighting Kurdish forces upon their arrival.

There’s also the issue that Trump’s top cabinet members seem to have an even more ambitious plan for Syria than Hillary probably would have. Under Trump, the Pentagon has drawn up plans to possibly increase the role of regular US ground troops in Syria to bolster allies like the Kurds, Turks and ‘Syrian opposition.’ Despite his promise to change the functions of the empire, Trump is operating along the same lines the military brass was encouraging in their criticisms that Obama ‘wasn’t doing enough’ in the region.

This is all in opposition to Syria’s primary ally in their ongoing war: Russia. As stated above (by Trump himself), Russia is opposed to safe zones, especially those that are likely to become havens for jihadists and their collaborators under the protection of nations like Saudi Arabia. Russia may be partnered with Turkey to an extent but they also don’t approve of a full on invasion by Turkish soldiers. Most of all, Russia wants Assad to remain in power and it’s unlikely this will be a goal shared by the US if they essentially invade the country.

Another issue likely to raise tensions between the US and Russia is the renewed saber rattling between the Trump administration and Russia’s key Middle East ally Iran.

Iran is one of Russia’s top economic and military trading partners in the region. They’re also one of the strongest countries opposed to the increasing influence of Turkey (and therefore NATO) in the region. Beyond their role in Syria, Iran has also helped to curtail the damage done by terror organizations funded by countries like Saudi Arabia and Qatar in the region.

Trump’s moves to strengthen ties between countries that destabilize the Middle East such as Israel and the gulf states has led to Iran playing a more crucial role in combatting their influence in places like Syria and Iraq.

Trump’s ambitions to further cripple the Iranian economy and military is damaging to Russian interests. Western liberals (as well as Trump himself) have asserted correctly that a lot of the geopolitics surrounding the Middle East involve oil yet fail to realize how talking tough on Iran is tied into this.

As one of the only possible regional competitors to gulf oil, Iran is the beneficiary of support from Russia’s most crucial state run industry – energy production, making it unlikely that Russia would sacrifice their heavy investments in the country just because Trump doesn’t like them. If anything Trump’s rhetoric on Iran is only strengthening the ties they have with Russia.

This topic is possibly the most important to Russia, and is really what started the long downward spiral between Putin and the west. Starting with Russia’s annexation of the Crimean peninsula in 2014 via a popular referendum, the Obama administration placed harsh sanctions on a host of Russian businesses and individuals.

While Trump said on the campaign trail that he didn’t see an issue with the annexation, this is becoming a point of contention once again with the new administration parroting the lines of Obama’s state department. Liberals continue to accuse Trump of having some ‘secret plan’ to ‘give Crimea to Russia’ yet now his administration is publicly doubling down on keeping the sanctions in place until, in Trump’s words “Crimea is returned to Ukraine.”

Even as Trump’s new ambassador to the UN, Nikki Haley, designates the annexation of Crimea as an “invasion and occupation” this overlooks several key facts. Primarily, the Crimean peninsula always had special status as an autonomous region of Ukraine, which gave its population of primarily ethnic Russians the right to vote to leave Ukraine. The peninsula also plays a key role in Russia’s military planning since it’s home to their only warm water port.

Despite these factors, the Trump administration continues to tow the imperialist line about how everything in Ukraine is Putin’s fault; and not just Crimea but also the fighting between Kiev and separatist rebels in the eastern part of the county. The west continues to scream about Russia’s “escalation in the Donbas” while offering almost no evidence that the Kremlin controls the rebels.

Even now, the Trump administration continues to blame Russia for the renewed violence in east Ukraine despite ample evidence of violence being coordinated by Kiev and the multiple right wing paramilitaries along the civil war’s front lines. This is unlikely to bring the two nations together in any meaningful way on the geopolitical issue most important to Russia.

So in summation, the next time a liberal tells you that Trump is some kind of Russian puppet, ask them what exactly he’s done to make them come to this conclusion. Trump may have been the preferred candidate of Putin but only to an extent that he was seen as the lesser of two evils.

Trump’s talk on friendlier geopolitical relations with Russia seemed like a possibility for peace on the campaign trail, but it should’ve been clear as soon as he started announcing cabinet picks, that this isn’t the case. The things Putin would’ve actually wanted from a ‘friendly’ US administration aren’t materializing through Trump. So make sure to tell your liberal friends to take a deep breath and then ask them: how do you trust a party who can’t even give you a fair primary election to say we’re “at war with Russia” and only use this for political sniping instead of any real action a claim like this warrants?