Saddam Hussein’s CIA Interrogator Says He Tried To Warn Us, But We Didn’t Listen 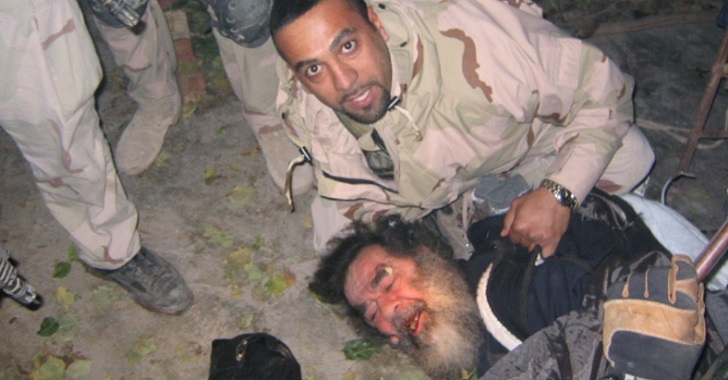 After coalition forces captured Saddam Hussein in December 2003, John Nixon, a senior leadership analyst with the Central Intelligence Agency (CIA) from 1998 to 2011, interrogated the former Iraqi dictator. The detailed account of this interrogation is now available to the public in the form of a book, Debriefing the President: The Interrogation of Saddam Hussein.

In the publication, Nixon explains that Hussein was out of touch with the military reality of his own country in his final years.

As Nixon pressed Saddam to explain why, the captured dictator said Americans would soon learn they “are going to fail in Iraq because [Americans] do not know the language, the history, and [they] do not understand the Arab mind.” To the former CIA agent, Saddam’s warning had a point.

In order to “maintain Iraq’s multi-ethnic state,” Nixon told reporters, the presence of a strongman like Saddam in Iraq was necessary. He added:

“Saddam’s leadership style and penchant for brutality were among the many faults of his regime, but he could be ruthlessly decisive when he felt his power base was threatened, and it is far from certain that his regime would have been overthrown by a movement of popular discontent.”

Reflecting on what he learned, Nixon told Time it was unlikely that “a group like ISIS would have been able to enjoy the kind of success under his repressive regime that they have had under the Shia-led Baghdad government.” He made the case against the U.S. invasion of Iraq, which led to Saddam’s ultimate fall.

According to Nixon, Saddam added that before his ascension to power, “there was only bickering and arguing [in Iraq]. I ended all that and made people agree!‘” Nixon eventually found he had developed “a grudging respect for how [Saddam] was able to maintain the Iraqi nation as a whole for as long as he did,” despite the CIA officer’s lack of sympathy for the fallen dictator.

To Nixon, Saddam Hussein was certainly a brutal dictator, but he wasn’t “on a mission to blow up the world, as George W. Bush’s administration had claimed to justify the invasion.”

While many may argue Nixon’s explanation is rather “simplistic,” it undoubtedly reveals that there’s much more to the stories of how the U.S. government justifies invasions and military involvement abroad than meets the eye. In the specific case of Iraq, anti-intervention activists have been on record for years saying the invasion created a power vacuum, making the rise of ISIS more likely to occur.

As countless Iraq war enablers and supporters in the United States continue to defend their actions and claim Saddam had the will and the means to threaten the world, how this war came to be reality is still often ignored.

As the former CIA agent Nixon publishes Debriefing the President: The Interrogation of Saddam Hussein, Americans are witnessing a fight between competing narratives as they shape the news the country consumes. These narratives could even impact our foreign and domestic policies. And even now, as we hear yet another account of an insider claiming the U.S. invasion of Iraq was unjustified and damaging, it’s incredible to see much of the media still ignoring what non-interventionists have been saying all along.

This article (Saddam Hussein’s CIA Interrogator: He Tried to Warn Us, but We Didn’t Listen) is free and open source. You have permission to republish this article under a Creative Commons license with attribution to Alice Salles and theAntiMedia.org. Anti-Media Radio airs weeknights at 11 pm Eastern/8 pm Pacific. If you spot a typo, please email the error and name of the article to edits@theantimedia.org.