Sanders to Hillary “Yes, Trump’s Foreign Policy Ideas Are Scary. But So Are Yours” 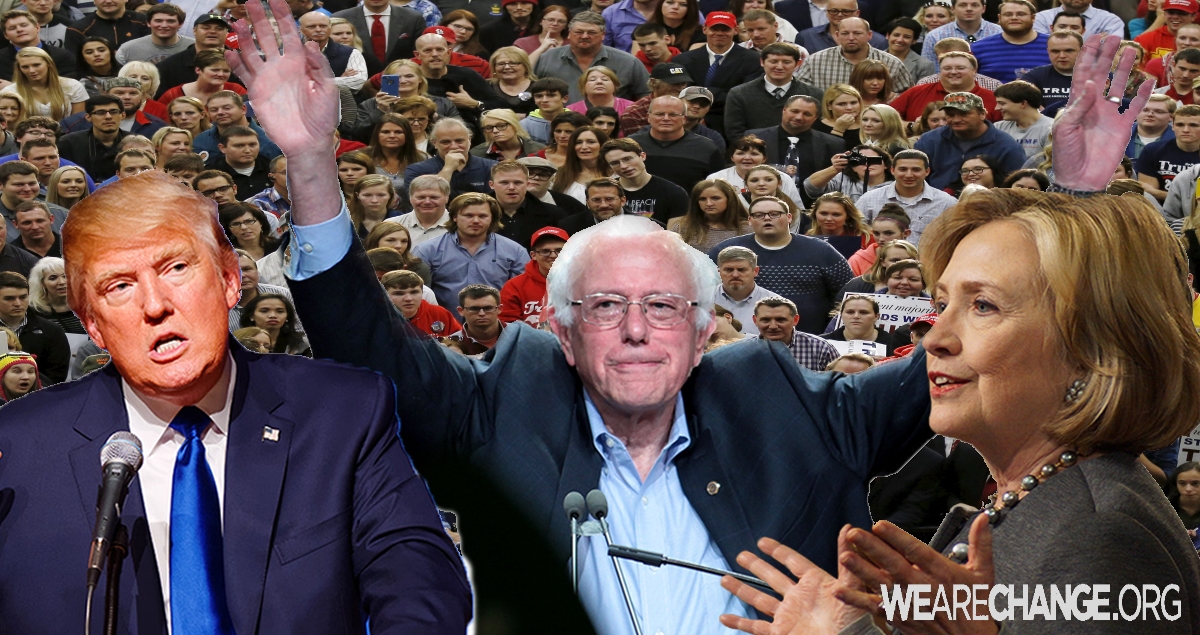 “When it comes to foreign policy, we cannot forget that Secretary Clinton voted for the war in Iraq…and that she has been a proponent of regime change, as in Libya, without thinking through the consequences.” (Photo: Michael Vadon/flickr/cc)

Bernie Sanders responded to Hillary Clinton’s foreign policy speech on Thursday with a hit at her credentials, including her involvement in the Iraq War and so-called “regime change” in Libya.

“We need a foreign policy based on building coalitions and making certain that the brave American men and women in our military do not get bogged down in perpetual warfare in the Middle East,” he said in a statement. “That’s what I will fight for as president.”

Earlier Thursday, Clinton gave a speech that laid out her own foreign policy agenda and criticized presumptive Republican nominee Donald Trump for his “thin skin” and “dangerously incoherent” ideas.

“Americans aren’t just electing a president in November, we’re choosing our next commander-in-chief, a person we count on to answer questions of war and peace, life and death,” Clinton said. “The person the Republicans have nominated for president cannot do the job.”

On that point, Sanders agreed.

However, he added, Clinton wasn’t much better.

“I agree with Secretary Clinton that Donald Trump’s foreign policy ideas are incredibly reckless and irresponsible,” he said in his statement. “But when it comes to foreign policy, we cannot forget that Secretary Clinton voted for the war in Iraq, the worst foreign policy blunder in modern American history, and that she has been a proponent of regime change, as in Libya, without thinking through the consequences.”

His comments fell in line with much of the progressive sector’s response to Clinton’s speech, which included criticism from journalists and policy experts such as Jeet Heer ofThe New Republic, Glenn Greenwald of The Intercept, and Sam Husseini of the Institute for Public Accuracy.

As Jeffrey D. Sachs, director of The Earth Institute and a steadfast critic of Clinton’s hawkish foreign policy record, tweeted after her Thursday speech:

On Friday, the Sanders campaign tweeted out a new campaign video, featuring Rep. Tulsi Gabbard (D-Hawaii), titled simply “Judgement.” Gabbard, still on active duty for the U.S. Army and a veteran of the Iraq War, stresses in the ad that her support for Sanders stems from his proven reluctance to put lives at risk in overseas misadventures. “[Sanders] has foresight,” she says, “when it comes to making these most critical decisions that affect us all about war or peace.” Watch:

As Common Dreams reported on Thursday, “Pew Research Center surveys have laid bare how Sanders and Clinton supporters differ on foreign policy issues,” with polls conducted in April and May finding that 66 percent of Clinton’s Democratic supporters believe world problems would be “even worse” without U.S. intervention, with only 49 percent of Sanders supporters saying the same.