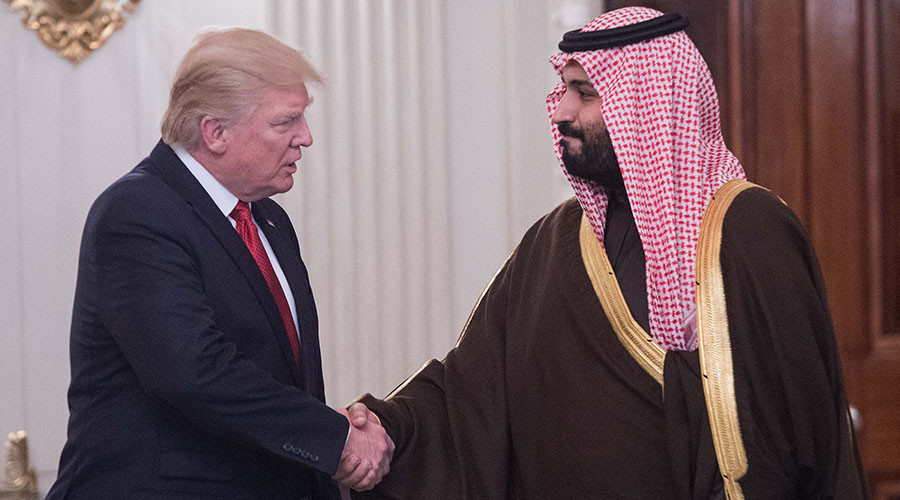 A senior advisor to Salman said in a statement that although Washington and Riyadh had previously “undergone a difference of opinion,” the meeting “put things on the right track, and marked a significant shift in relations.”

Salman also expressed that he didn’t believe that Trump’s travel ban was focusing on the sole fact of religion and was geared toward preventing terrorist into the U.S.

“Saudi Arabia does not believe that this measure is targeting Muslim countries or the religion of Islam,” the statement read.

Adding that the “measure is a sovereign decision aimed at preventing terrorists from entering the United States of America. President Trump expressed his deep respect for the Religion of Islam, considering it one of the divine religions that came with great human principles kidnapped by radical groups.”

The senior adviser called the meeting a “huge success, marking a historic turning point in bilateral relation of the two countries.”

Trump has been criticized a number of times for failing to put Saudi Arabia on the first travel ban list, despite the fact that majority of the 9/11 terrorists were from Saudi Arabia and the 28 pages redacted from the 9/11 commission report shows that the Saudi government had ties to the hijackers.

The two diplomats also discussed Iran and its potential reach for a nuclear weapon Salman called the deal “bad” and “very dangerous,” echoing similar sentiments made by Trump who has called the deal “disastrous” and the “worst deal ever negotiated.”

Salman further stated that the current deal would merely hold Iran back for a “short period of time” until they are able to produce a nuclear weapon.

The adviser’s statement accused Iran of “trying to gain its legitimacy in the Islamic world by supporting terrorist organizations.”