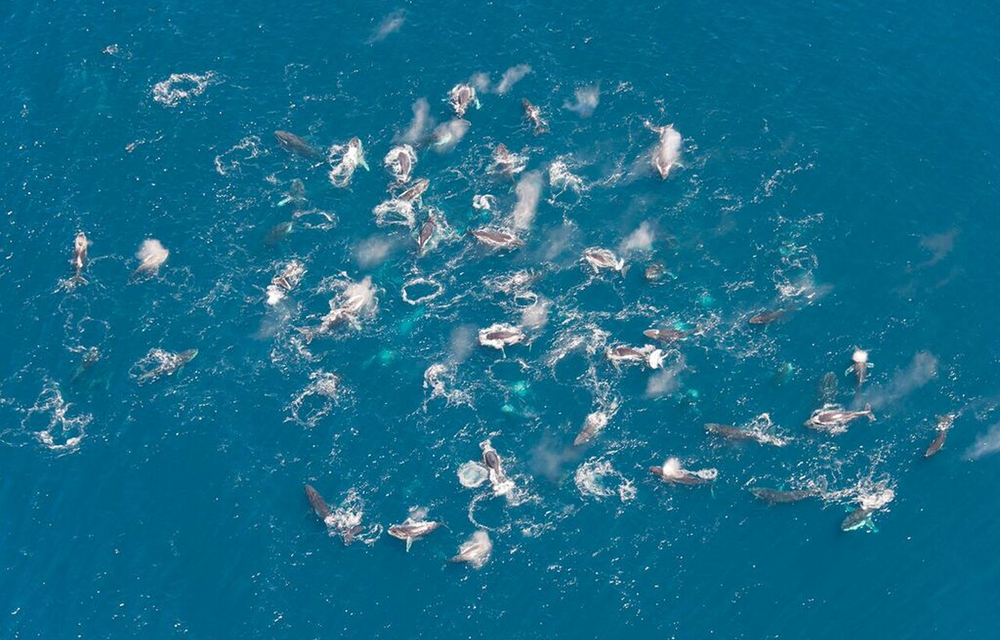 Congregations of 200 whales have been spotted off the coast of South Africa.

Despite the fact that humpback whales are generally solitary creatures, huge groups of them have suddenly begun grouping together just off the coast of South Africa, but no one knows why.

Although scientists previously referred to groups of 10 to 20 humpback whales as “large”, groups have now been spotted in numbers from 20 to 200, each weighing about 65,000 pounds, according to recent reports. Even more surprisingly, humpback whales are not usually seen in the region of South Africa, as they migrate up to tropical waters to breed and then typically travel south to the icy waters of Antarctica during this time of the year.

Recent scientific expeditions have been regularly sighting these super-pods and compiled their findings into a published journal called PLoS ONE at the beginning of March. Although the researchers have a few vague ideas about the “new” behavior of the humpbacks, these are merely guesses as the true reason why they have congregated in this area is still very unclear.

Reports state that the majority of the sighted whales seem to be young, which points to the fact that a congregation of whales usually indicates that a particular part of the ocean is especially productive, together with the presence of a dense concentration of prey.

Humpback whales have a varied diet, eating everything from krill and plankton to small fish. They also have a very specialized way of hunting, which involves the whale ganging up on schools of fish and attempting to eat a lot at once, which is called bubble net feeding. The term comes from the way in which these whales will sometimes adopt the hunting technique of swirling around a group of fish whilst blowing air, which then creates a net of bubbles that confuses the prey fish. The fish will then get trapped inside the bubble net until one whale will call all of the others to dive in and ingest the prey. 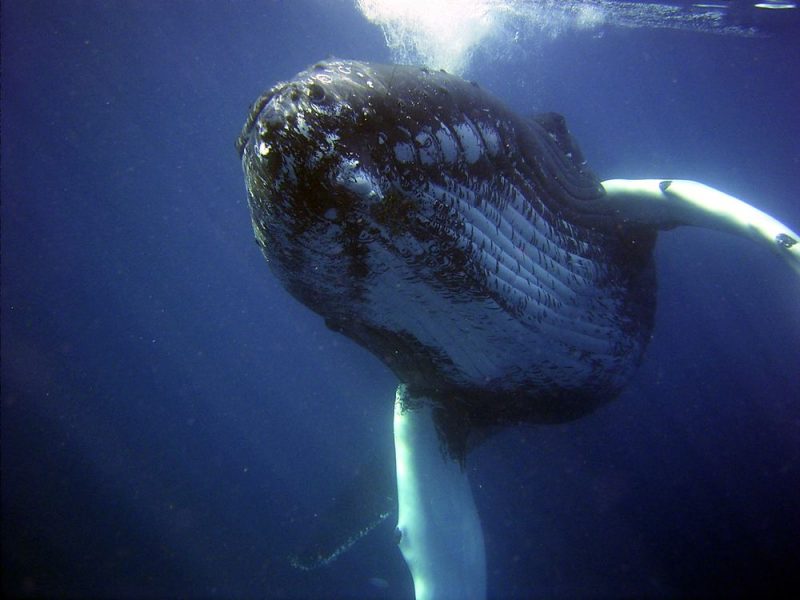 Researchers have suggested that the reason for these unusual congregations is due to feeding, although it remains unclear why there are so many of them in one area. The phenomenon began in the last five years or so. And before this, at one point around 90 percent of the world’s humpbacks had been hunted down.

However, since becoming a protected species in 1996, their numbers have been steadily increasing. Linking to this fact, one suggestion has stated that perhaps humpbacks have always been social creatures, but there was simply not enough of them for people to notice, or they were merely congregating in areas that people were not observing.

Further research must go into the behavior that was initially seen as out of character for this species, and hopefully, new traits of the humpback whales will be uncovered.

This article (Scientists Cannot Explain Why Humpback Whales Are Displaying This Strange Behavior) is free and open source. You have permission to republish this article under a Creative Commons license with attribution to the author and TrueActivist.com.