Senator Feinstein Endorses War in Syria: Assad “Should Be Ousted From Office” 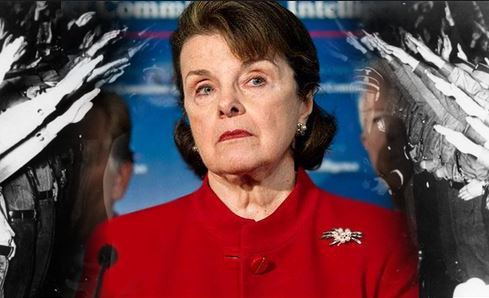 Longtime U.S. Senator Diane Feinstein held a town hall in Los Angeles yesterday where she called for a quick end to the Syrian crisis, also stating that Assad “should be ousted from office,” according to journalist Michael Tracey who was at the event.

Turnout for Dianne Feinstein town hall at AME Church in Los Angeles appears to be approximately 95% white — take from that what you will pic.twitter.com/ruJAqBx3Jq

Tracey listened in on Feinstein’s town hall, where the Senator discussed the situation in Syria, among other topics. She asserted that an aggressive role was necessary in Syria, stating: “the time has come to end it… we have to take a more aggressive role.”

Feinstein sounds like she's calling for all-out war in Syria: "The time has come to end it… we have to take a more aggressive role."

Just had a curious exchange with Dianne Feinstein re: regime change. Coming shortly.

She also discussed Bernie Sanders’ medicare bill, asserting that it is a government “takeover” of healthcare, and furthermore reassured the frantic voters worried the new Red Scare that that the Senate is working to find the “witting agents of Russia” who are in the United States, according to Tracey.

Feinstein previously made similar inaccurate statements earlier this week at another town hall in San Francisco, where she claimed that Assad has “participated in the killing of a half million of his own people.” With the latest chemical attack being questioned, putting the blame on Assad for an estimated number of deaths there is premature. She later brought up the recent airstrike in Syria ordered by President Trump, which immediately attracted boos from the crowd.

One man in the crowd particularly irritated her. She responded to his heated response to the Syrian airstrike by asserting: “if you believe you know more than I do about it, then you go right ahead, that’s fine with me… but if you want me to speak you’re going to have to let me speak.”

She then claimed “under our Constitution the president has 60 days to take a military action without the approval of Congress, so this President now needs to put together a strategy and come to the Congress before he does anything else, with a strategy, and if he’s asking for a resolution to use military force to do that.”

According to the U.S. Constitution Article 1 Section 8, only Congress has the authority to declare war. An act of war is essentially the same as a declaration of war throughout history and according to the legal definition. The last time the U.S. officially declared war was during WWII.