As Sessions Steps Aside, What’s Next In The Alleged Russian Interference Inquiries? 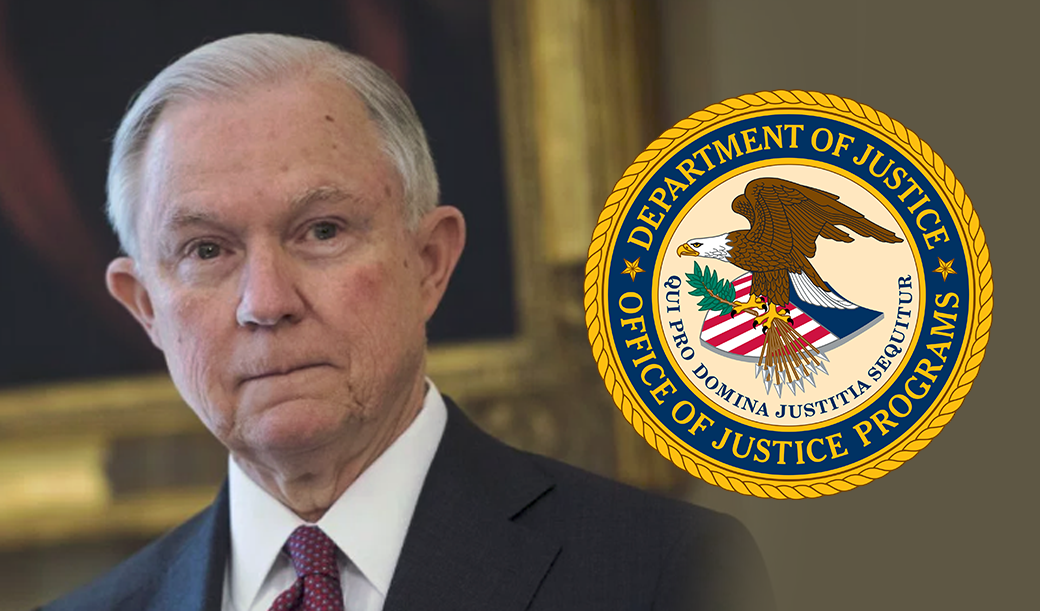 U.S. Attorney General Jeff Sessions stepped aside from overseeing the federal investigation into alleged Russian interference in the presidential election on Thursday amid questions about his contacts with Moscow’s ambassador during the election.

It is now being asked, “what can the Justice Department do to ensure an independent investigation?”

To replace Sessions, Dana Boente now takes the role of acting Attorney General over “election-related investigations.” It is now Boente’s job to oversee any investigations related to the presidential campaigns by the FBI or Justice Department attorneys.

Boente — whom Obama promoted to U.S. attorney in Alexandria, Virginia, in 2015 — would give up that authority when and if a permanent deputy is confirmed. The White House has nominated the U.S. attorney in Baltimore, Rod Rosenstein, a Republican veteran of George W. Bush’s administration, to the position. His confirmation hearing is scheduled for Tuesday.

The Justice Department could appoint an independent special counsel to oversee any inquiries — something Senate Democratic leader Chuck Schumer of New York and many other Democrats urged Boente to do. Schumer went even further, calling on Sessions to resign.

Special counsels are appointed only in the most sensitive cases. There hasn’t even been one since Pat Fitzgerald wrapped up his investigation of who leaked the identity of CIA operative Valerie Plame during George W. Bush’s presidency.

The U.S. Code sets out specific criteria to justify appointing a special counsel. First the attorney general or his or her proxy must determine that a criminal investigation is warranted.

Second, the attorney general, or his or her proxy, must determine that it would be a conflict of interest for the department or a U.S. attorney’s office to conduct the investigation. Both determinations will now be up to Boente or Resenstein.

Democrats have continued to demand Sessions’s resignation. “Recusal is not good enough,” said Tom Perez, chair of the Democratic National Committee. “Attorney General Jeff Sessions must resign now, and a special prosecutor must be appointed immediately.”

Senator from Massachusetts, Elizabeth Warren, called on Sessions to resign and called for a bipartisan Congressional investigation.

This is not normal. This is not fake news. This is a very real & serious threat to the national security of the United States.

And we need Attorney General Jeff Sessions – who should have never been confirmed in the first place – to resign. We need it now.

We are far past recusal. Jeff #Sessions lied under oath. Anything less than resignation or removal from office is unacceptable.

Senior Republicans called for him to remove himself to avoid a conflict of interest. Radio host, John Cardillo encouraged Sessions not to give in to leftist demands.

Various commentators have brought up the incident where Sessions spoke on Bill Clinton and his possible perjury, saying, ‘No one is above the law.’

Jeff Sessions in 1999 speaking on the importance of prosecuting Bill Clinton over perjury allegations pic.twitter.com/LCV6AqZB17

“The powers-that-be want to make it as hard on the president as possible and are currently running a major offensive on Trump and his key advisers. They have too much invested into the Obama-Clinton legacy, to give it all up to a real movement.”

Trump stands by Sessions but did say that he “…could have stated his response more accurately.”

Jeff Sessions is an honest man. He did not say anything wrong. He could have stated his response more accurately, but it was clearly not….

…intentional. This whole narrative is a way of saving face for Democrats losing an election that everyone thought they were supposed…..

…to win. The Democrats are overplaying their hand. They lost the election, and now they have lost their grip on reality. The real story…

…is all of the illegal leaks of classified and other information. It is a total "witch hunt!"

White House spokesman Sean Spicer said there was no reason for Mr Sessions to recuse himself, let alone resign. “People playing politics with the issue should be ashamed of themselves,” he told Fox News.

There is no reason why the Democratic Party will not move onto a new target when they are finished with Sessions. Cardillo warns:

“Every GOP Rep and Senator, heed the #Sessions warning. Your RINO colleagues are your enemies. They’ll sell you out to Dems in a heartbeat.”

Beyond that, the course of any investigation into the alleged interference by Russia is unclear, and several important questions can’t yet be answered. Boente hasn’t spoken publicly about the matter, and it’s unlikely that he will.

Until and unless he or Rosenstein do, the bottom line is that — as Sessions himself said Thursday night in an interview on Fox News — the process “will just have to play out.”