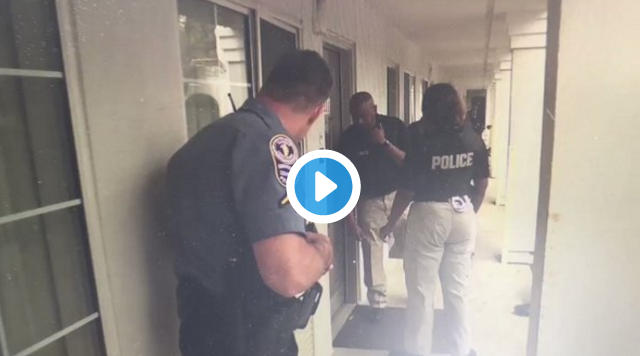 Former Roswell city councilman Kent Igleheart was arrested this week after accusations of having a physical relationship with a 16-year-old girl, which reportedly started when she was 14.

Igleheart resigned from a position he held for 15 years last November, right after the allegations started coming to light.

Kent Igleheart’s personal profile for his councilman job is still active online and shows that he had a wife during the time when he was allegedly committing statutory rape on a minor. He was also an aspiring professional actor who had “been in more than fifty movies and TV shows” including a feature film and for a TV show on Discovery Channel.

He had previously called for increased gentrification of apartments in his district and was a self-proclaimed conservative.

Local District Attorney Sherry Boston said, “Initially the case was opened because the young victim in this case made an outcry about the sexual relationship.”

For victims of sexual abuse, take note – it is always best to report it.

Police say that the relationship between Igleheart and the minor started online, and eventually turned into a sexual relationship. Locals were furious to hear the reports of the story. As one man said in an interview with reporters, “they should lock him up and throw away the key.”

Another local resident said that “a city leader is someone who should be setting an example, and what kind of example does that set for trust?” A friend of Igleheart said that she was “stunned” and that he had “always been there for us.”

After Igleheart was arrested, police reportedly asked whether or not he sexually exploited a minor. He apparently utilized his right to silence and didn’t answer any questions.

Igleheart will be facing charges of sexual exploitation of a minor, enticing a minor, and furnishing alcohol to a minor. The judge set his bond at $30,000, and police have requested that anyone who knows of any other potential victims in this case to come forward.