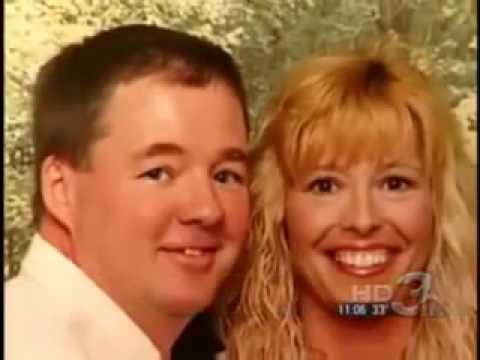 A video that is quickly going viral again shows a woman assaulted then stripped naked in a cell. Her lawyers added, that the Ohio, Stark County Sheriff’s Office illegally stripped her violating her civil rights by not following their own policy which states that during a strip search inmates have to be searched by the same sex not opposite sex.

The incident occurred in, October 20, 2006, when Hope Steffey, was arrested when she called police for help when another unidentified woman and her got into an argument.

A 911 call resulted in Officer Gurlea, Stark County Sheriff’s department being dispatched to the scene. Gurlea questioned Steffey, and asked her for her id, but Steffey mistakenly gave the officer her deceased sister’s driver’s license which Steffey had kept as a personal memento of her sister. When Hope “immediately noticed her mistake” she asked Officer Gurlea to return her sister’s license, but Gurlea refused. Hope’s cousin, Trinette Zorger then reminded Gurlea that Hope was the victim in the situation.

Gurlea refused to acknowledge Steffey Hope’s injuries or call for medical help for her and then he became irritated and frustrated when she asked again for her sisters license back and he responded arrogantly. “Shut up about your dead sister.” Officer Gurlea, then became aggressively angry and without provocation turned toward Hope and grabbed her physically slamming her face into his cruiser, breaking one of her teeth. He then pinned her against his cruiser twisted her arm high up behind her back. Then picked up Steffey off the ground and slammed her, face-first again into the dirt road, which caused her to break her nose. Steffey was then handcuffed and thrown in the back of Gurlea’s police car.

Despite all this Gurlea still declined to provide immediate medical attention to Steffey who was profusely bleeding down her neck and face after being man handled by a police officer and an earlier  fight with another woman.

Steffey was then taken into a room and told to face the wall where six county jail guards, including males, stripped her naked against her will they then knocked her down and her face was yet again for the third time that night jammed hard into the floor. She stayed in this cell for six long hours naked and on the floor until a warden came to check up on her. Guards can be seen standing outside of her cell while she is being assaulted below in this video.

This shows extreme negligence, it also shows that some police officers think they can treat a human being like a caged animal, additionally it shows that police broke their own policy violating a human rights violation having a male in the room while strip searching Steffey. The bright side to this case is there is a good ending to this story.

Steffey Hope received an undisclosed settlement for an unknown amount abnormal given that it would appear that the cost of police abuse of Hope Steffey will be laid on the public taxpayers bill.

The lawsuit first published on WKYC a local news station can’t even be viewed through Wayback Machine the site says the URL has been excluded from the Wayback Machine. Wkyc was sued by the Stark County Sheriff Office who then dropped their lawsuit so I imagine terms must have been deleting the original story.

Should the amount be disclosed seeing as the tax payers are fronting the bill done by over aggressive brute police officers. This story shows what really potentially go on in jail, I myself witnessed corruption and was threatened by a jail warden to sign over $50 out of my wallet but this shines a bright light onto a double standard, if a man forcibly holds a woman down and removes her clothes against her will screaming it’s rape. If it’s done with a legal justification it’s lawful? Let us know what you think in the comments section below make this old but very shocking video go viral that will leave a poor taste in your mouth.