Are The Side Effects Of Antidepressants Worse Than The Symptoms Of Depression? 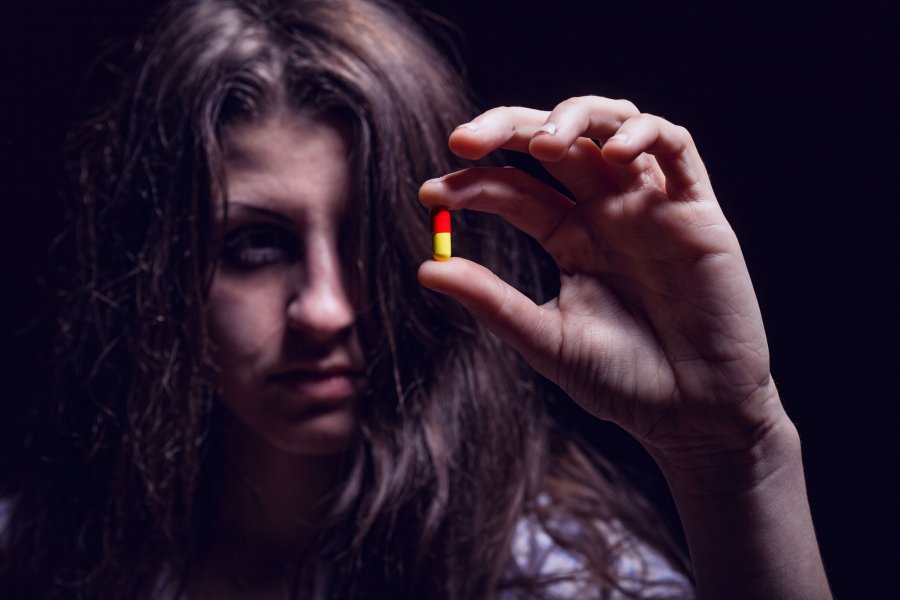 Whilst many patients have been prescribed pills to help their condition, those who suffer from depression have claimed that the side-effects to antidepressants are sometimes considered worse than the depression itself, according to reports. Some users have said that taking the commonly prescribed pills has ruined their lives, whilst others claim that the tablets have made them suicidal.

Claire Hanley told the BBC’s Victoria Derbyshire programme about the effects that antidepressants had on her body, claiming, “I was getting seizure-like symptoms, where my muscles were jolting around of their own accord.” Hanley started taking the pills whilst caring for her ill mother alongside studying for her final exams at Cambridge University.

However, she suffered severe side-effects after her GP prescribed a stronger dose of tablet. She said, “Within two weeks I’d tried to take my own life twice. I felt disorientated and sick and had digestive problems and infections, it was really extreme. I don’t even know how to begin. All I can remember is being on the bedroom floor in a kind of semi-conscious state having seizure after massive seizure.”

Now, 20 years since she first took the tablets, Hanley claims that she still suffers from the consequences of taking the mixture of prescribed drugs that were given to her in an attempt to treat the side-effects of the original antidepressants. She said that the side-effects mean that she has constant muscle ache and fatigue, and spends most days in bed.

According to reports, one in 100 people suffer from severe side-effects from taking SSRIs, which are designed to increase the serotonin levels in the brain which is thought to improve the symptoms of depression.

However, some experts now believe that a bigger percentage of people than expected are suffering the negative consequences of taking the drugs. Professor David Healy, from the psychiatric unit at Bangor University, believes that the drugs make “one in four people become more anxious, rather than less”, and claims that “some people become very agitated and some go on from that to become suicidal. The drugs can become the problem that they’re then used to treat.”

The drug companies refused to comment on the initial report by the BBC, but a GP in West London, Dr Sarah Jarvis, stated that doctors do not prescribe antidepressants lightly, and they are effective at helping many people with depression, adding that for most people, the drugs are effective. She said, “I think for people with severe depression, they may need to try two or three [different types of antidepressant] before they find one that does work for them, but for most people we can find a medicine which will help them and for whom the benefits will outweigh the risks.”

Antidepressants cost the NHS around £780,000 per day, and between 2005 and 2012 there was a 54% increase in the number of children prescribed antidepressants in the UK. The common side effects of anti-depressants include dizziness, headaches and feeling sick.

According to some experts, including Professor David Healy, a side effect of taking the drugs is finding it difficult to reduce the dose.

He said, “There’s a large number of people – and it seems to be more women than men – who have great difficulties trying to reduce the dose. And if they halt the treatment, they can become terribly agitated, they can become suicidal. When you look at the clinical trials that have been done, the taper phase – the point where the person is trying to come off the drug – is the riskiest period. That’s the point where the person is most likely to commit suicide, or the most likely to do terrible things.”

Dr Jarvis claimed, “What we need to bear in mind is that some patients who have taken these have been very vulnerable, they’ve been very anxious and it can be very difficult to tell what is anxiety and what is the tablets.”

THIS ARTICLE IS OFFERED UNDER CREATIVE COMMONS LICENSE. IT’S OKAY TO REPUBLISH IT ANYWHERE AS LONG AS ATTRIBUTION BIO IS INCLUDED AND ALL LINKS REMAIN INTACT.

Jess Murray is a wildlife conservationist and writer who has spent a lot of time working and studying in South Africa. She is now striving to spread awareness about global conservation issues and the truth behind faux conservation facilities throughout the world.