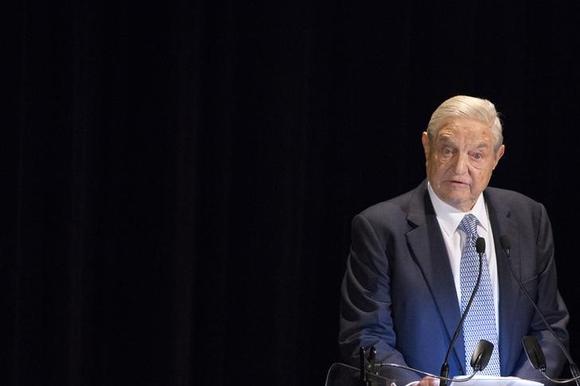 Billionaire financier George Soros has urged the West to step up aid to Ukraine, outlining steps towards a $50 billion (33.22 billion pounds) financing package that he said should be viewed as a bulwark against an increasingly aggressive Russia.

Writing in the New York Review of Books, Soros said Europe and the United States needed to balance sanctions imposed on Russia with large-scale assistance to near-bankrupt Ukraine, which risks defaulting on debt as a result of turmoil caused by pro-Russia separatist fighting.

“Europe needs to wake up and recognise that it is under attack from Russia,” the Hungarian-born hedge fund magnate wrote. “Assisting Ukraine should also be considered as a defence expenditure by the European Union countries.”

The International Monetary Fund has cobbled together a $17 billion programme for Ukraine but says $15 billion more is needed. Soros called on lenders to promise far more to spur Ukraine into radical reform and to send a signal to Russia

He said the EU’s balance of payments assistance facility, offered in the past to Hungary and Romania, had $47.5 billion in unused funds. A financial stability mechanism, used in Portugal and Ireland, had $15.8 billion. Both could be extended to non-EU member Ukraine by modifying existing regulations, he suggested.

Soros, who made his name betting against the pound in 1992, identified the European Investment Bank, World Bank, the European Bank for Reconstruction and Development and an expanded IMF programme as additional sources of cash.

Finally, Soros noted that Ukraine would free up $4 billion by restructuring its debt via “a voluntary, market-based exchange”. The country has just $10 billion in hard currency reserves but almost $8 billion in bonds falling due over the next three years.

“The additional sources of financing I have cited should be sufficient to produce a new financial package of $50 billion or more,” he said, adding that sanctions on Russia needed to be extended after they expire from April.