Study Confirms Pot Is NOT A Gateway Drug, Can Treat Tobacco And Opioid Addiction 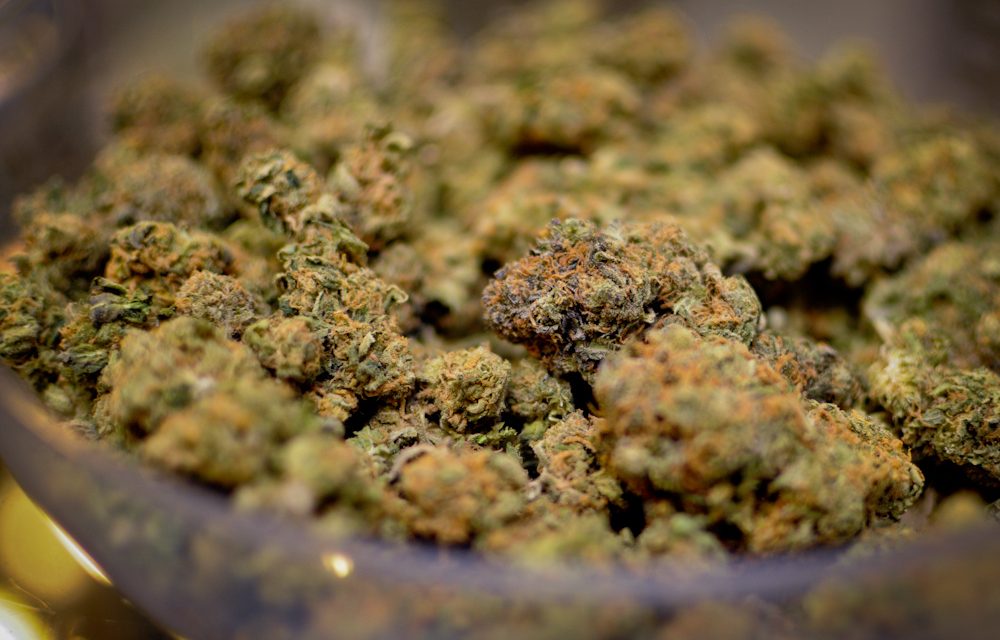 In the latest of dozens of studies proving the healthful benefits of cannabis, researchers in Canada found not only can marijuana be effective in managing pain, but it can reduce a user’s dependency on tobacco, alcohol, and can replace a number of prescription medications — including antidepressants.

Weed, they also found, simply isn’t the “gateway drug” politicians and detractors have claimed it is for decades.

Published in the International Journal of Drug Policy, the study — comprised of 271 participants enrolled in Canada’s Marihuana for Medical Purposes program — is considered one of the first to evince how cannabis can help alleviate substance addiction.

“[T]his study is the first to specify the classes of prescription drugs for which cannabis is used as a substitute, and to match this substitution to specific diagnostic categories,” the study findings state.

Called the first comprehensive study of people enrolled in Canada’s medical marijuana program, researchers pointedly found cannabis does not act as a gateway drug — the primary premise of pot prohibition.

Indeed, weed has been targeted by so-called anti-drug groups for years as the gateway to harder and ostensively dangerous substances, facilely providing the impetus for politicians and officials to keep it pegged as a Schedule 1 drug — alongside heroin, cocaine, and LSD.

For the study to prove not only that isn’t true, but that cannabis can replace opioid painkillers and other pharmaceuticals — as well as alcohol and tobacco — makes it foundational, if not revolutionary.

Fully 16 percent turned to weed as an alternative to benzodiazepines — such as Xanax or Valium — for treating anxiety and insomnia, while 12 percent chose cannabis over antidepressants to relieve symptoms of depression.

One-quarter of participants had substituted cannabis for alcohol, and for 12 percent, weed was preferable to tobacco — three percent of respondents even replaced hard drugs with pot.

Essentially, the findings could be viewed by the pharmaceutical industry and prohibition-loving politicians as a threat to the wallet.

However, for-profit prisons, police, and attorneys likely will salivate at the telling detail that 42 percent of participants obtained their cannabis through unregulated or illegal channels.

Of course, that’s by design of the U.S.’ global war on drugs. Maintain cannabis as a Schedule 1 drug without medical benefit — despite mountains of solid scientific evidence to the contrary — and Big Pharma easily maintains a skyrocketing profit margin on opioid and other medications.

“The findings that some authorized patients purchase cannabis from unregulated sources and that a significant percentage of patients were charged for medical cannabis recommendations highlight ongoing policy challenges for this federal program,” the study authors conclude.

High Times points out that “[a]s we’ve seen in the United States, keeping medical marijuana in an illegal status not only creates an unsafe scenario for the patients who obviously can benefit from it, but also results with a major revenue loss. Not to mention the health, law enforcement and social costs resulting from the opioid epidemic facing our country.”

Considering the findings from this breakthrough study and others proving the seemingly endless medical and psychological benefits of cannabis, those societal costs prove insignificant in the eyes of those who keep this miraculous plant highly illegal or difficult to obtain.

This article (Study Confirms Pot Is NOT A Gateway Dug, Can Treat Tobacco And Opioid Addiction) by Claire Bernish is free and open source. You have permission to republish this article under a Creative Commons license with attribution to the author and TheFreeThoughtProject.com