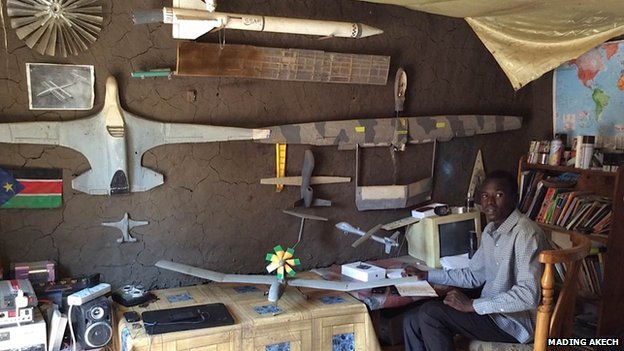 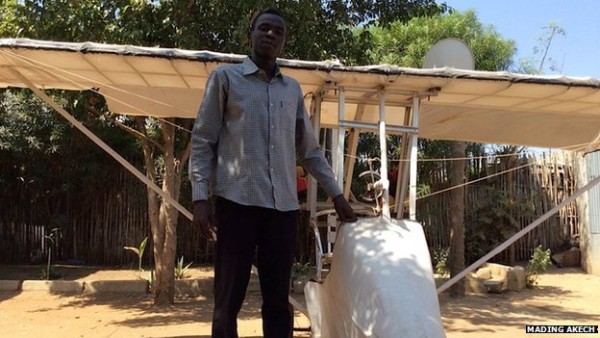 George Mel has dreamed of flying since he was a boy, but when his father died he had to give up his studies, and any chance of training to be a pilot. Instead he built a plane in his back yard – which so impressed his country’s air force that it gave him a job.

“I’ve had the passion to become an aeronautic engineer since I was young,” says George Mel, a 23-year-old, who lives in Juba, the capital of South Sudan.

“I love to make aircraft.

“When I was still young I tried to fly. I got curtains and put metal in to form wings, and got on top of the roof. I wanted to see if I would fly like a bird, but I fell. I almost broke my leg.”

Despite such early disappointments, Mel set out to learn as much as he could about aviation.

He went to study at high school in Uganda, but in 2011, as he was preparing for his final exams, his father died, leaving him unable to pay his tuition fees.

He had no choice but to give up his studies and come home.

But he continued to do whatever he could to teach himself aeronautics. 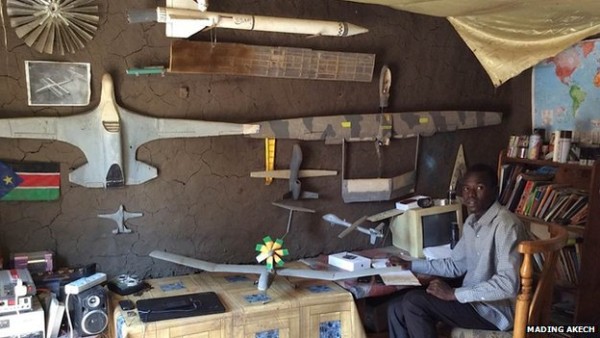