Suddenly, Both Obamacare Repeal And Trump Tax Reform Are Dead 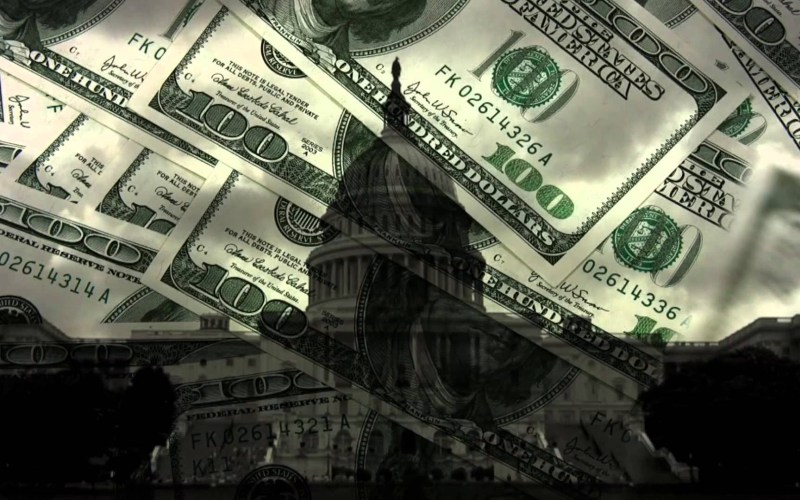 It was a one-two knockout punch for anyone still holding out hope that Trump’s domestic economic policies will take place in the near, or not even so near, future.

First, Rep. Patrick McHenry, a member of House Republican leadership, said on Wednesday afternoon that conservatives’ proposals to reach a compromise on healthcare are a “bridge too far” to win support from colleagues.  McHenry, the chief deputy whip, told reporters that calls from the conservative House Freedom Caucus to allow states to apply for waivers to repeal ObamaCare protections for people with pre-existing conditions are a “bridge too far for our members” and can’t get enough votes to pass.

The comments come after a late-night meeting among House GOP groups on Tuesday fell flat, and lawmakers appear to be heading home at the end of the week for a recess without any tangible progress toward a deal to revive their healthcare bill.

McHenry said lawmakers need a “cooling off period” over the two-week break. “We need people to stop, take a deep breath, and think through the way to yes,” he said.

As McClathy sums it up, “conservative interest groups are on the warpath, charging the new ideas don’t go far enough to destroy the 7-year-old Affordable Care Act. On the other end of the GOP political divide, moderate House Republicans are withholding support for the new White House-backed changes. They fear the revisions would jeopardize the health law’s requirement that individual insurers cover people with pre-existing medical conditions.”

Conservative activists Wednesday blamed at least five members of the centrist House Tuesday Group for the impasse. Conservatives complained the moderates were not eager to allow states to opt out of two popular ACA provisions: One would require all plans to cover 10 “essential health benefits” and another would bar insurers from charging sick people more for coverage than healthy people. Although both rules increase the cost of individual insurance, patient advocates say they ensure that coverage is standardized, thorough and accessible to those who need it.

Michael Needham, chief executive officer of Heritage Action, a leading conservative group, was sharply critical Wednesday of GOP centrists Reps. David Joyce of Ohio, Leonard Lance of New Jersey and Patrick Meehan of Pennsylvania. They “were standing in the way of legislative compromise that is being pushed by the White House and which would get overwhelming support in the Republican conference.”

“They’re opposed because they don’t want to repeal Obamacare,” Needham told reporters on a conference call. He said lawmakers should begin their congressional recess, scheduled to start Thursday afternoon, and vote on the legislation when they return.

The conservative Club for Growth piled on, accusing Republican moderates of torpedoing a potential deal. “The left wing among House Republicans doesn’t want to compromise or keep their pledge to voters to repeal Obamacare,” said Club for Growth President David McIntosh.

Moderates, in turn, blamed conservatives for constantly altering their demands. “Repeal and replace,” said Lance. “I have never campaigned on a mere repeal, ever.”

Rep. Chris Collins, R-N.Y., one of President Donald Trump’s closest House allies, said Heritage “is about one thing: raising money. They raise money on controversy. The more controversy, they blast out an email, they gin up their supporters. They cash the checks and they move on.

And so on, as the blame game has resumed. In other words, despite the White House’s stated desire to get a vote off by Friday, Obamacare repeal is dead for the foreseeable future.

And then it weas Ryan’s turn: the House Speaker, also on Wednesday afternoon, said that tax reform will take longer to accomplish than repealing and replacing Obamacare would, saying Congress and the White House were initially closer to agreement on healthcare legislation than on tax policy.

“The House has a (tax reform) plan but the Senate doesn’t quite have one yet. They’re working on one. The White House hasn’t nailed it down,” Ryan told an audience in Washington.

“So even the three entities aren’t on the same page yet on tax reform,” he added.

Translation: both healthcare and tax reform are now indefinitely dead, which means that a suddenly pivoting Trump, who earlier today said he had “changed his mind” on Syria, may have no choice but to begin war with Assad to distract from everything else that is going on in the US.